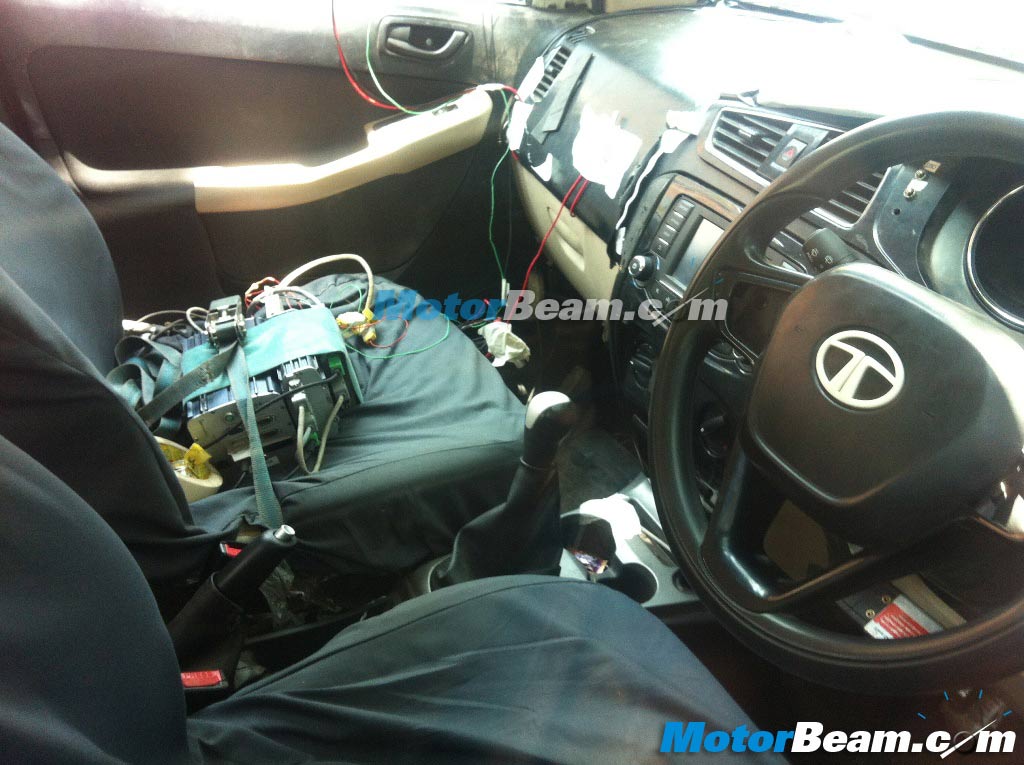 Tata Motor’s upcoming hatchback, Bolt has been snapped again in Bangalore by one of the readers of MotorBeam.com. Bolt, along with the Zest, is part of the Horizonext strategy, by which Tata is trying to make a comeback in the domestic market.

Bolt has garnered a lot of enthusiasm among the prospective customers with its fresher design and peppy interiors and will hopefully bring a real competitive addition to the B-segment hatchbacks in the country.

The test mule is strapped with test equipment with wires running all around the insides. This appears to be a more basic variant which will be on offer considering that it doesn’t have the sporty orange dashboard and alloy wheels we snapped a few days back. The test mule runs on the regular manual transmission and steel rims, non-projector headlamps along with power windows. However, we can spot the integrated infotainment screen. So, is Tata planning to offer loaded entry level variants? 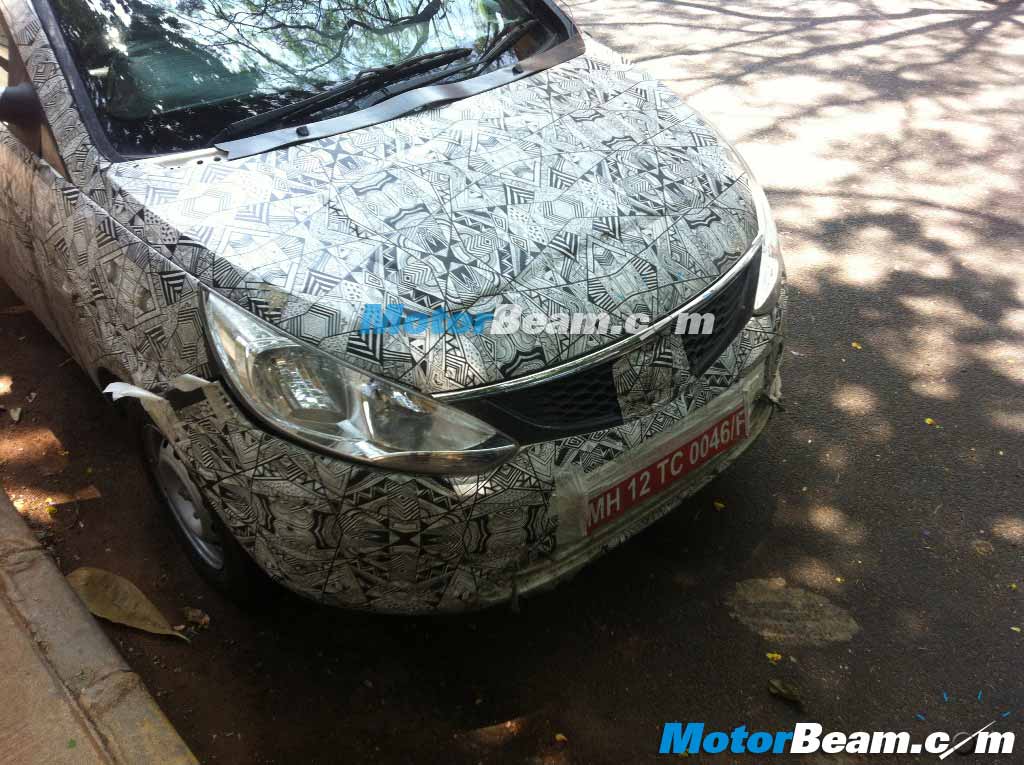 The Bolt is based on the X1 platform. It also features the newly developed Revotron turbo petrol engine. The 1.2L mill produces 85PS of power and a peak torque of 140Nm. The diesel mill continues to be the Fiat’s award winning 1.3L multijet engine which produces 75PS of power and 190Nm of torque. 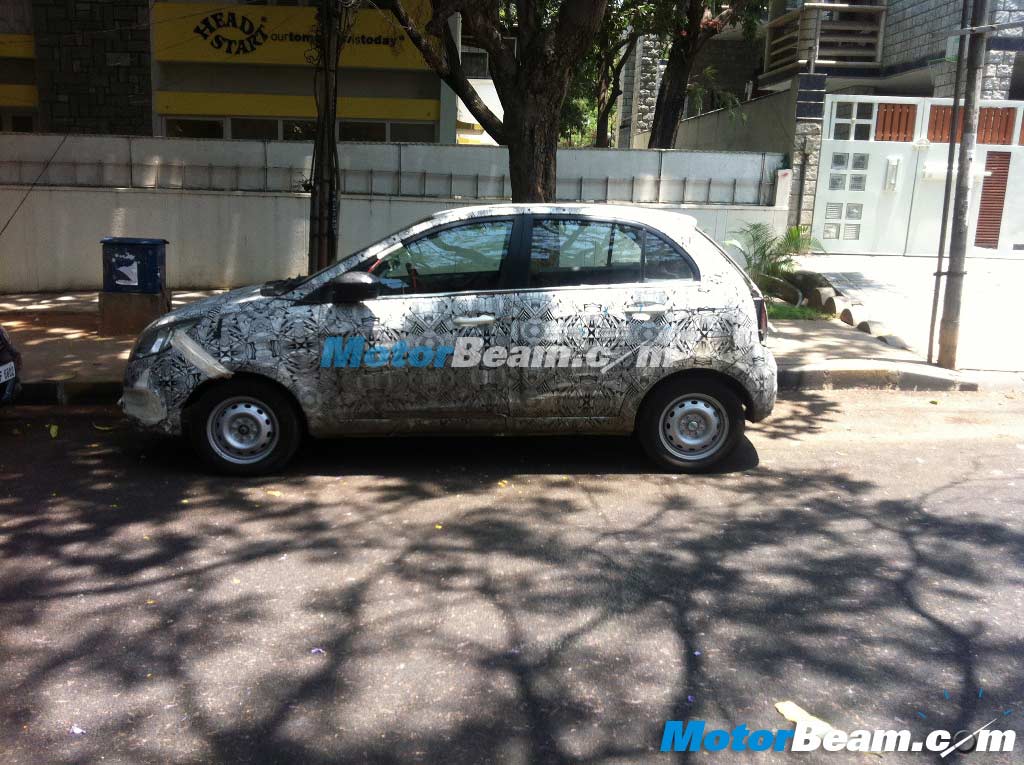 Bolt will come with a bunch of features to face the competition, which include EPAS (Electric Power Assisted Steering), ABS with cornering stability, GPS and navigation system, and a touch screen infotainment system and Bluetooth telephony.

Tata has developed the Bolt and the Zest with active inputs from the country’s first Formula One racer Narain Karthikeyan. It is believed that he has helped Tata make the cars more responsive and driver centric. The cars have been tuned by his inputs so they can be expected to be peppy to drive, unlike most of the current Tata cars. 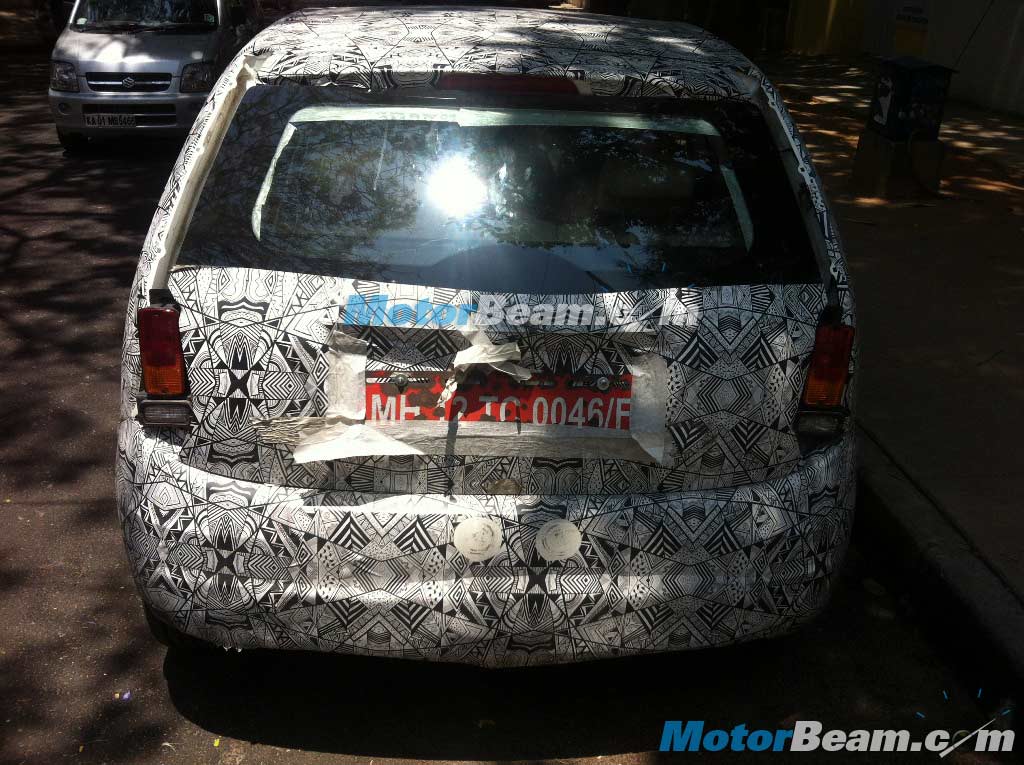 This Bolt was snapped along with the convoy Sumo Gold MUV. We like the styling of the Bolt and hope it will be equally pleasing to drive. With new mules sneaking in almost all day, Tata is busy preparing the car for a final showdown, which we believe may be around August this year.