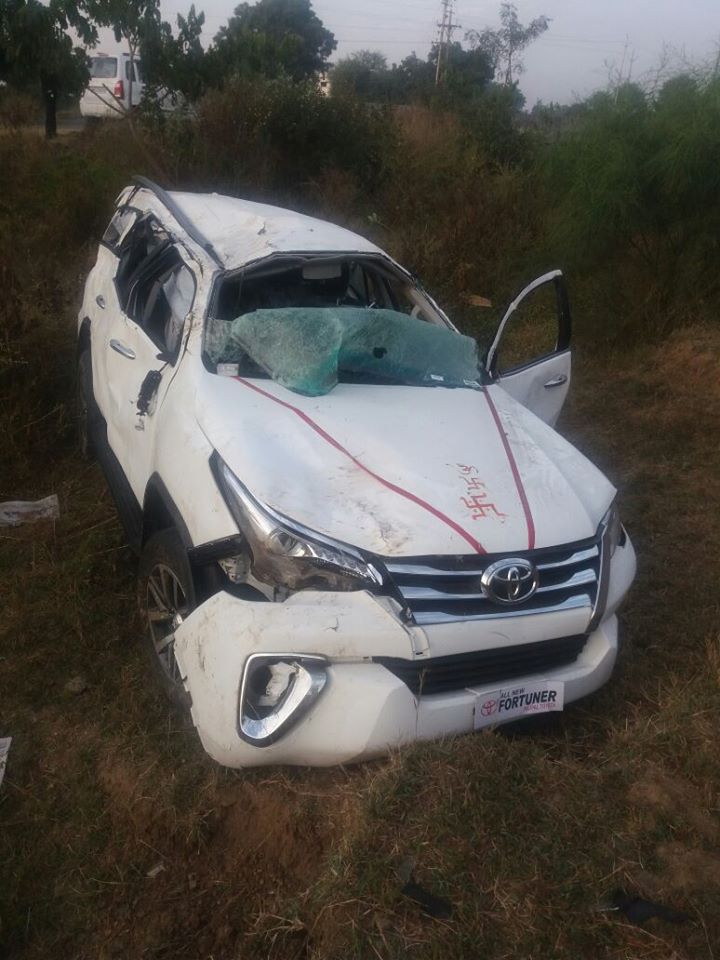 It has barely been a few weeks when the New-Gen Fortuner was launched in India and pics of its crash have surfaced on the internet. We only have images of the smashed Fortuner and not many details are known at this point apart from the driver who has reportedly lost his life.

Going by the images, the SUV appears to have veered off the road, probably after flipping over and the roof has caved in resulting in a totalled car. Considering that it is a Puja-done vehicle with ribbons on the bonnet, it must have been a recently delivered (to the customer) vehicle. Absence of the registration number suggests that the owner may have considered to get it done by himself. This accident is reportedly from Dewas, MP, possibly from the Dewas bypass.

Dewas bypass is a dangerous single lane carriageway narrow two-lane highway and has resulted in many other fatal accidents as well. We have driven on this road multiple times and it has heavy volume of trucks crossing each other at high speeds almost all through the day. 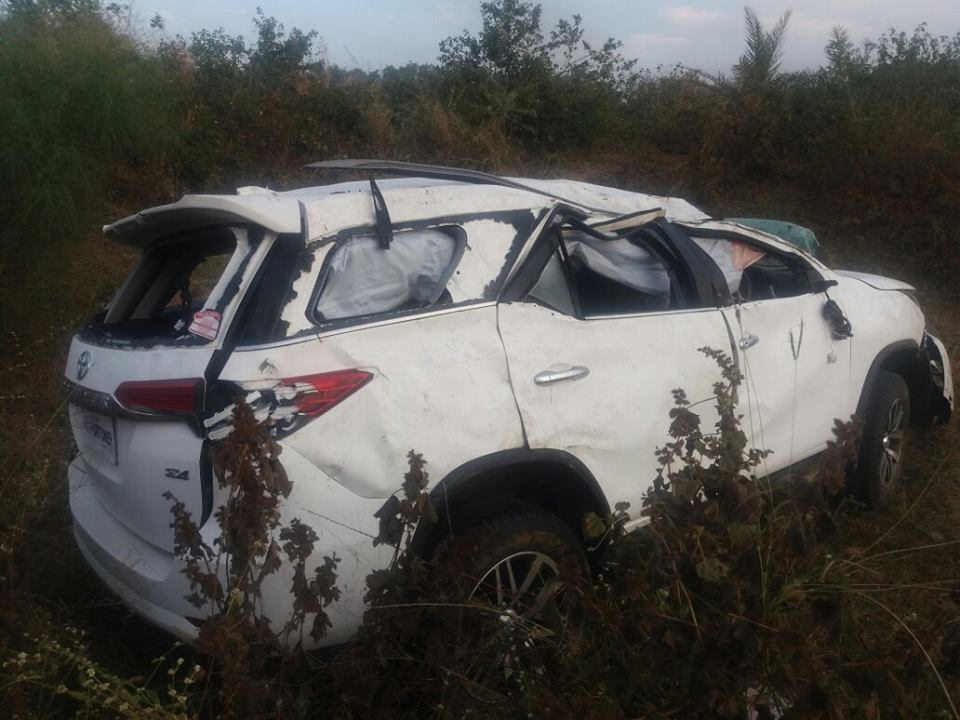 Fortuner has higher center of gravity and is a powerful SUV and can attain high speeds real quick. It has been rated 5-stars by Latin NCAP and comes with 7 airbags, ABS, EBD and all other kinds of safety features. However, Hilux pick-up (platform of which is shared by Fortuner) has failed the moose test even in its latest iteration. Here is the video

But nonetheless, we can not really fault the vehicle at this moment and it definitely appears to have crashed at high-speeds. This is not a head-on collision and though we can not see front airbags but the side curtain airbags have deployed.

Not blaming the driver either, but we have often seen general people flooring the pedal of new cars as soon as they are at the steering. We suggest everybody to resist the urge to push the limits of any new car you are driving. First, get accustomed to the behaviour and the mechanicals/electronics of the car before considering high speeds. With this we await more details on this unfortunate accident…