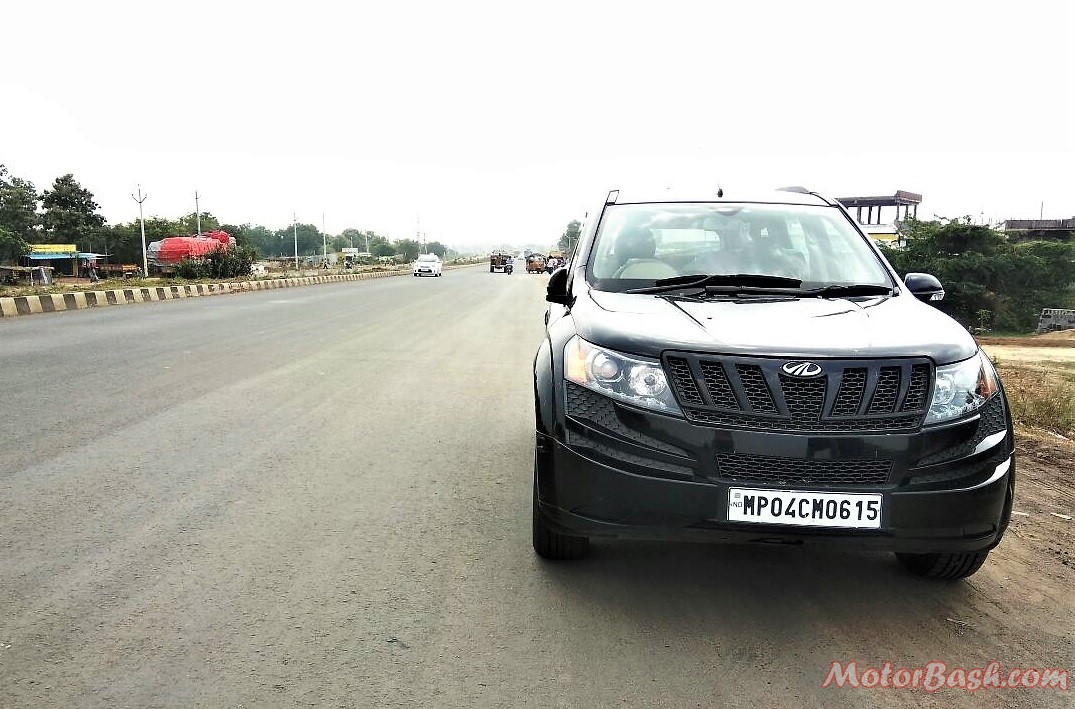 Not a very elaborate article but it will help if you are pondering over the latest road conditions between Chennai and Bhopal.

So I, along with my brother, did Chennai to Bhopal on our XUV500 a few days back and this near 1500 km journey was covered in 22 hours excluding a night halt we did at Adilabad. I will probably share a detailed travelogue sometime later, but for now let me quickly talk about the road conditions right from Tamil Nadu to Madhya Pradesh for people who are planning to do this stretch anytime in the coming future.

A quick background – I did Bhopal to Chennai, with a halt in Hyderabad a couple of years back as well so there may be a reference to my experience for that period…

This is the route we followed… 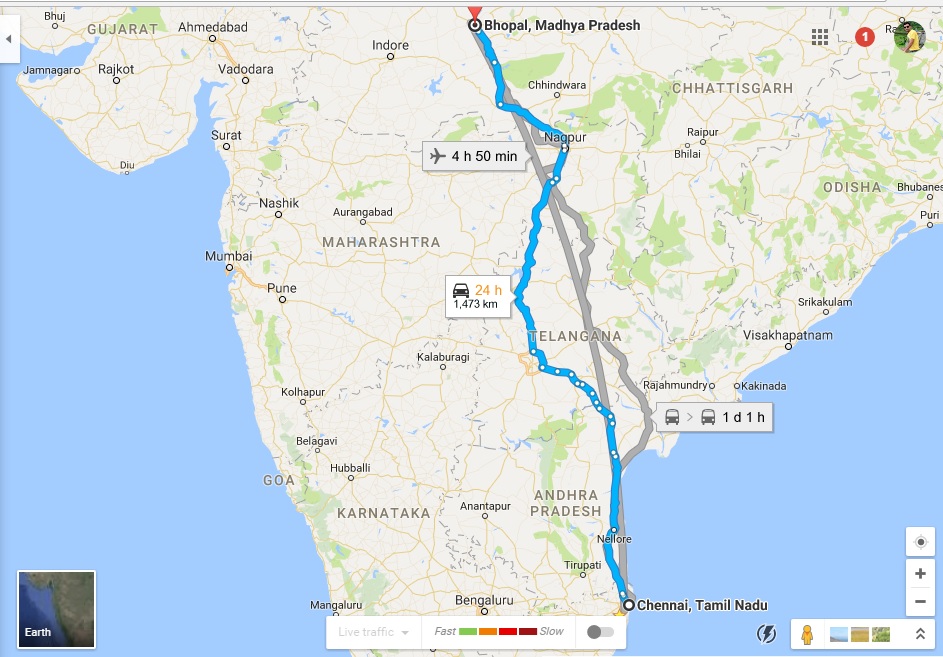 We planned to start from Chennai early and take a halt in Hyderabad. We did commence our journey at 8 am (which is early by my standards 😉 ) and were crossing Hyderabad through that supremely awesome Outer Ring Road by or before 6 pm. Since we had time in hand and faith on Telangana roads we thought we will cover around 180 kms more to take a halt at Nizamabad. Our GPS told us that it will take only 2 hours to cover this distance and we obliged.

At around 8 pm we were at Nizamabad and searching for a hotel where we can rest our asses of but the highway from Hyderabad till Nizamabad also gave us another idea – why not do some more kilometers so that the time consumed on bad roads we were expecting the next day could be reduced. We thought of stopping at Adilabad which is about 160 km from Nizamabad.

We reached Adilabad slightly before 10 pm and finally took a halt at a cheap hotel, had a lovely (and heavy) dinner and slept. So the total journey of about 950 kms was done in 12 hours flat.

We again started early at 8:30 am (I told you its early by my standards) from Adilabad towards Bhopal via Nagpur. Google did not tell me a bypass for Nagpur and so, we had to enter and pass through the city, which surprisingly appeared to be really nice, clear and well-ordered. We were momentarily stuck as one main road in Nagpur was closed and Google was not very convinced at what I was doing as it always tried to take me back to the same route.

Nonetheless, we crossed Nagpur (about 200 kms from Adilabad) by around 12 noon and reached Bhopal passing through Betul at around 6:00-6:30 pm which meant a total journey of under 600 kms was done in close to 10 hours.

Road Conditions: Chennai to Bhopal via Hyderabad and Nagpur

Barring a few small 3 to 4 kilometer patches, roads in Tamil Nadu, Andhra Pradesh and Telangana were beautiful, further aided by the fact that there was literally no traffic at all, all through! You can easily maintain speeds and we could have slashed half an hour or so if we would have wanted to.

As soon as you enter Maharashtra, the highways become good from ‘awesome’. However, there is a 30-40 km patch in between which is terrible, has diversions and it has remained the same for more than two years. It is ‘under construction’ and I believe looking at the pace at which the work is being done, rest assured our grand kids will be able to drive peacefully on this stretch!

The beautiful 200 km Nagpur-Betul stretch again restores faith in the term ‘National highways’ only to be lost as soon as you enter Madhya Pradesh border. Few stretches of roads are scenic with signs reading “beware of animals crossing the road” (since you pass through Satpura forests) but they are futile. If you care for your car, you just can not do speeds here. This also makes it abundantly clear why is Madhya Pradesh still called a ‘Beemaru’ state!

Right till Bhopal roads were either bumpy or single-lane highways where the average speed you can do will not cross 40-50 km/h (but yes they were scenic). Plus, this stretch had the heaviest traffic of my complete journey and its actually a pity that they were termed them as ‘NATIONAL’ highways. No wonder Google estimates 3 hours from Nagpur to Betul and 5 hours for a stretch lesser in distance than this (from Betul to Bhopal)!

One more thing, fill fuel before Madhya Pradesh as it is a whopping Rs 2 costlier than Telangana and Maharashtra.

If you were wondering why I did not talk about the car – so let me put it – XUV500 performed brilliantly well and the torque on demand in whichever gear you are is the highlight of the whole journey, whenever you take one! I am yet to calculate the overall fuel economy but I estimate it to be around 13 km/l, which will mean that it consumed about 115 liters of fuel costing about Rs 7000. 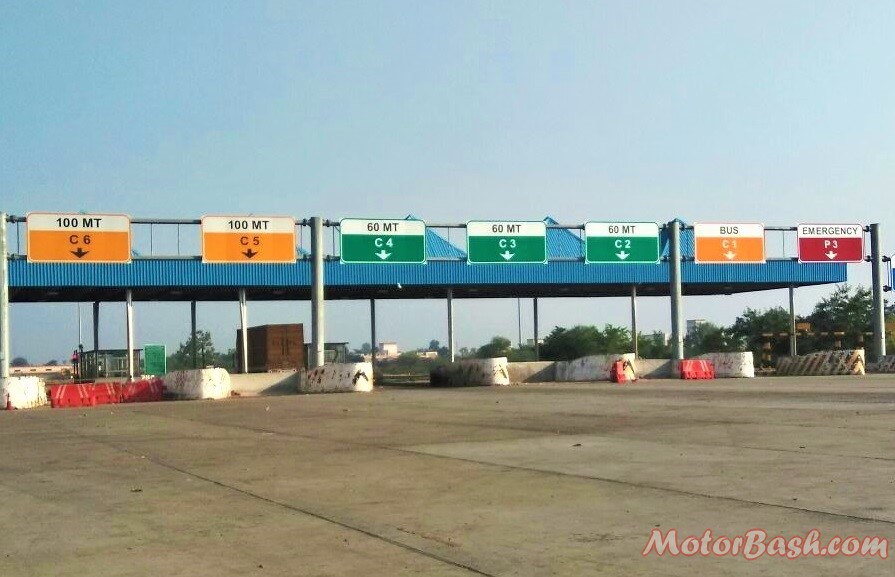 We did this trip last month when the government had given relaxation on tolls because of demonetisation. Most of the toll booths were functional and they were stopping the cars, noting down the registration numbers and letting everybody go. And since we were not charged a single penny, I couldn’t calculate the exact amount we would have tendered here but I believe the total cost of toll should be around Rs 2000!

Do share with anyone who is considering doing this (or a part of this) stretch anytime in the future. For anything specific just ask in the comments section and I will respond.