In its attempt to directly target Tesla’s upcoming Model 3, General Motors has showcased a new Electric Vehicle, Bolt at the on-going Detroit Motor Show. The company is not new to the field of electric vehicles and already sells the Spark EV and Volt plug in hybrid. Aiming to be an everyday use, long range electric crossover, the Chevrolet Bolt will have a range of 200 miles (roughly 322 km) and a price tag of around 30,000 dollars (Rs 18.75 lakhs). 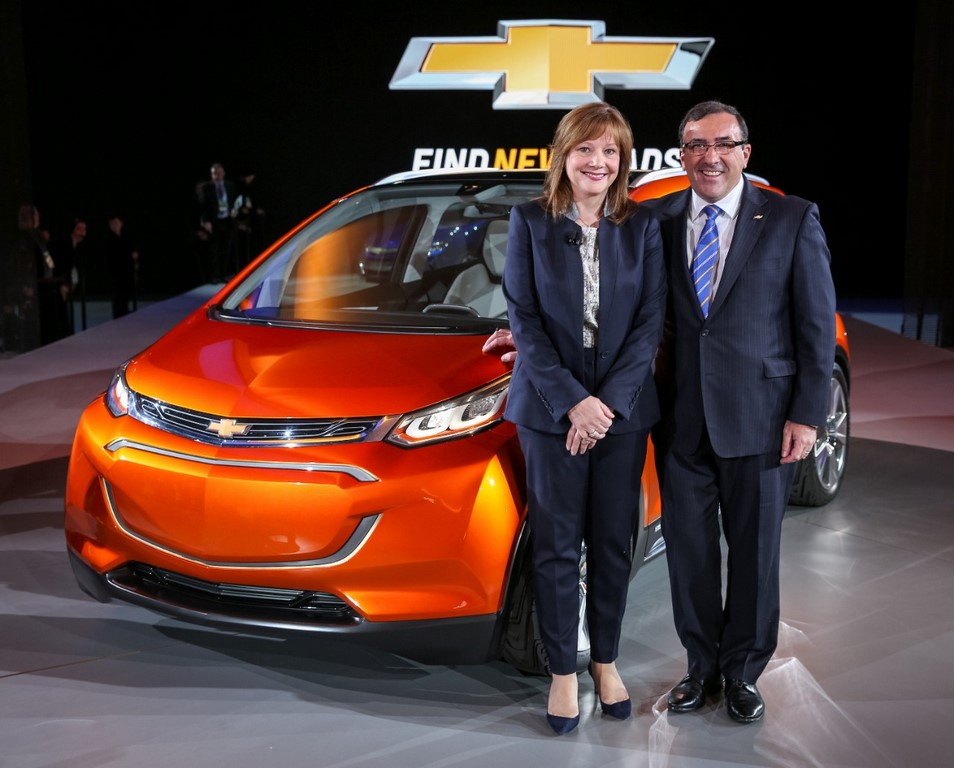 The company claims that the car uses advanced lithium ion battery which can be charged up to 80 percent in just 45 minutes using DC fast charge. The batteries will be sourced from LG Chem and claims to have longer durability and better capacity than the one in the Volt. Aimed for the US as well as the global markets, including emerging economies, the Bolt will feature different driving modes suited to the driving style of the driver like daily commuting or speedy weekend getaways. The various modes will be achieved by adjusting the accelerator pedal mapping, vehicle ride height and suspension tuning.

The crossover will be built using light-weight materials like aluminium, magnesium and carbon fibre. The signature dual cockpit layout in the concept model displayed, incorporates a 10 inch capacitive touch screen infotainment system. Afraid of losing your key fob? Well, don’t worry, the Bolt gets a supporting application for smart phones via which you can make your smartphone act as a key fob. To make things seem even more futuristic, one can even make their car park itself via this Bolt EV Connect app.

The LED head lamps grace the front nose to and the expansive glass roof makes the interiors and will make for a much more natural light induced ambience. The lightweight aluminium wheels have transparent inserts between the spokes to reduce the drag.