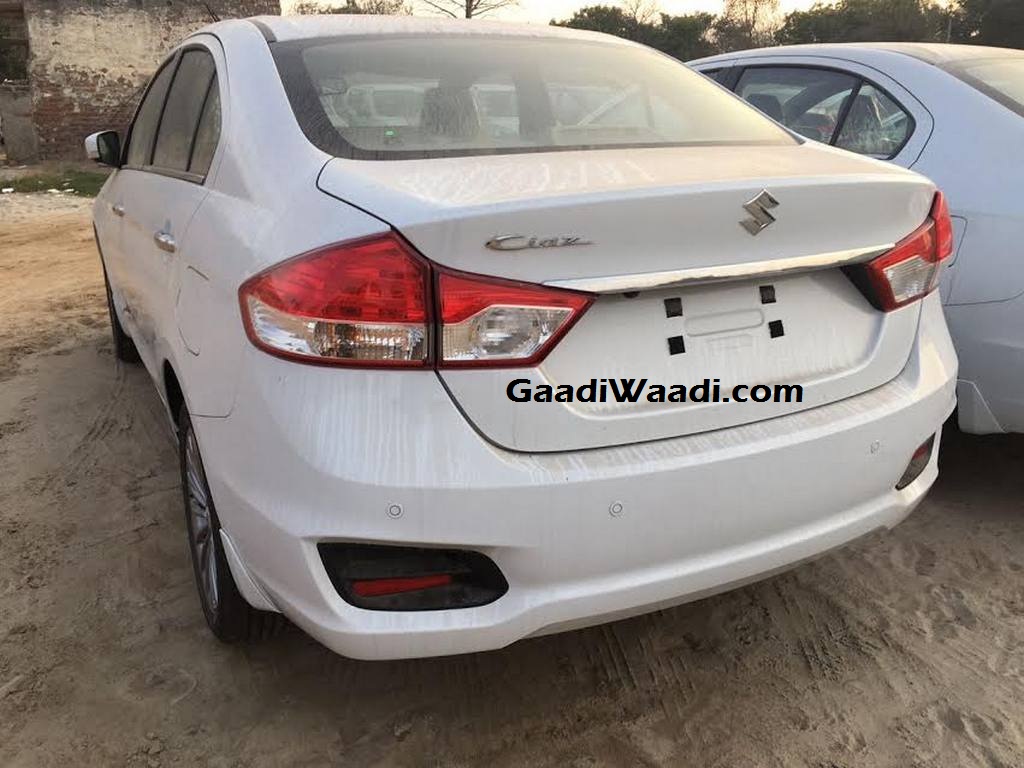 New pics suggest the changes to the Nexa Ciaz may be minimum for now and the Ciaz facelift may be launched sometime later.

Nexa, Maruti’s premium brand idea (which we are neutral about) to promote higher priced cars will finally get the much needed push with the introduction of newer cars including Ciaz.

Autocar earlier reported that Maruti will shift Ciaz’s retail sales to Nexa showrooms. Currently, it is sold at Maruti’s regular showrooms across the nation. The report further states that Maruti will mark this transition by launching its facelift. So far, we haven’t seen any test mule of the car but reportedly it was to come around March-April this year.

One of our source confirms the development that Ciaz will move to Nexa and says that internal communication has already been broadcasted. However, there is a possibility that the facelift may come at a later stage. 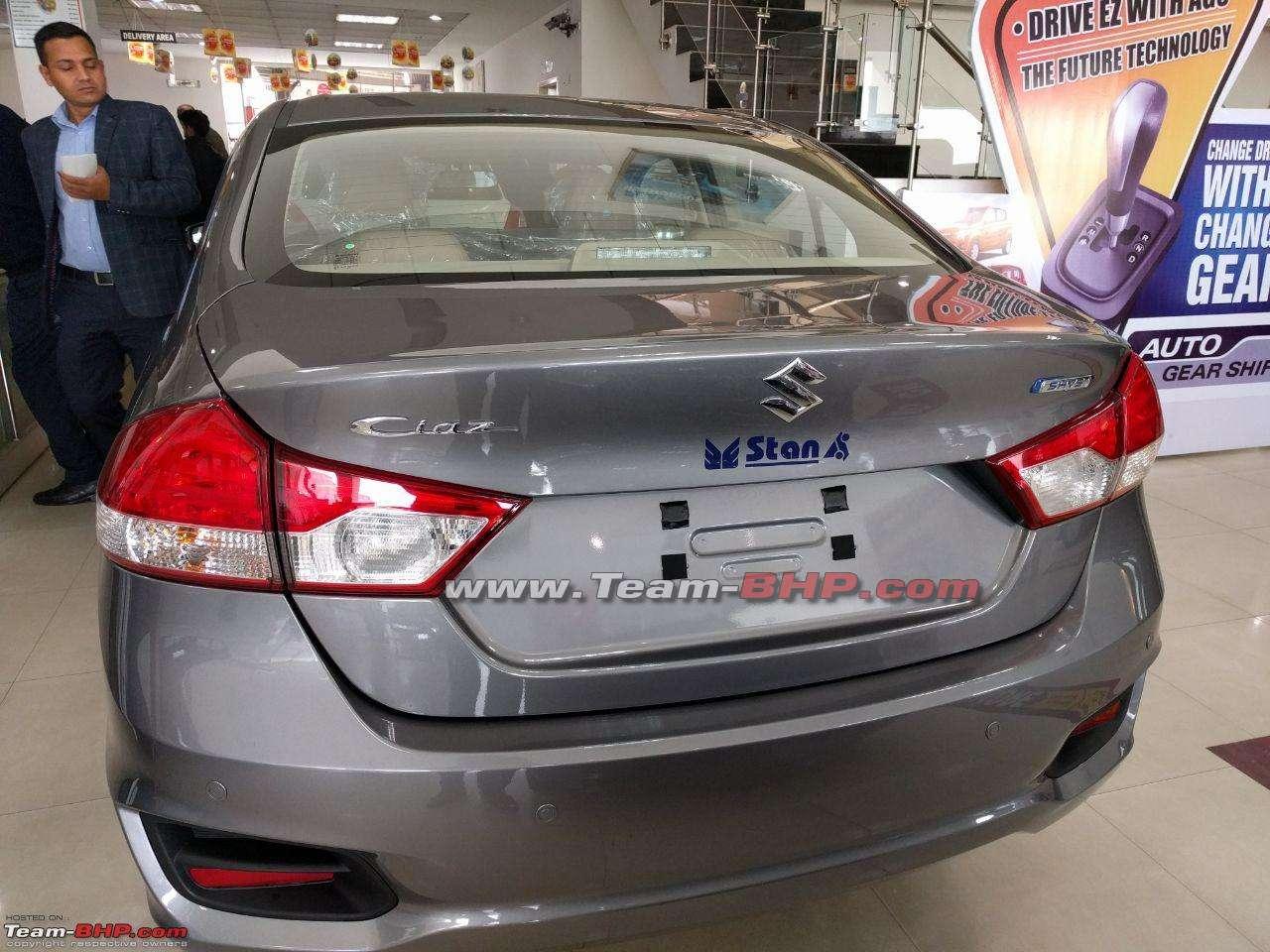 The above pic from a dealership caught everybody’s attention because it carried Nexa-like badges. Notice that there is no ‘Maruti Suzuki’ badge anywhere and SHVS moves up on the boot lid. Interestingly, it also doesn’t feature the variant name. However, the rear seems very similar to the current car. Update – More pics have surfaced at Gaadiwaadi.com. We are appending one below. 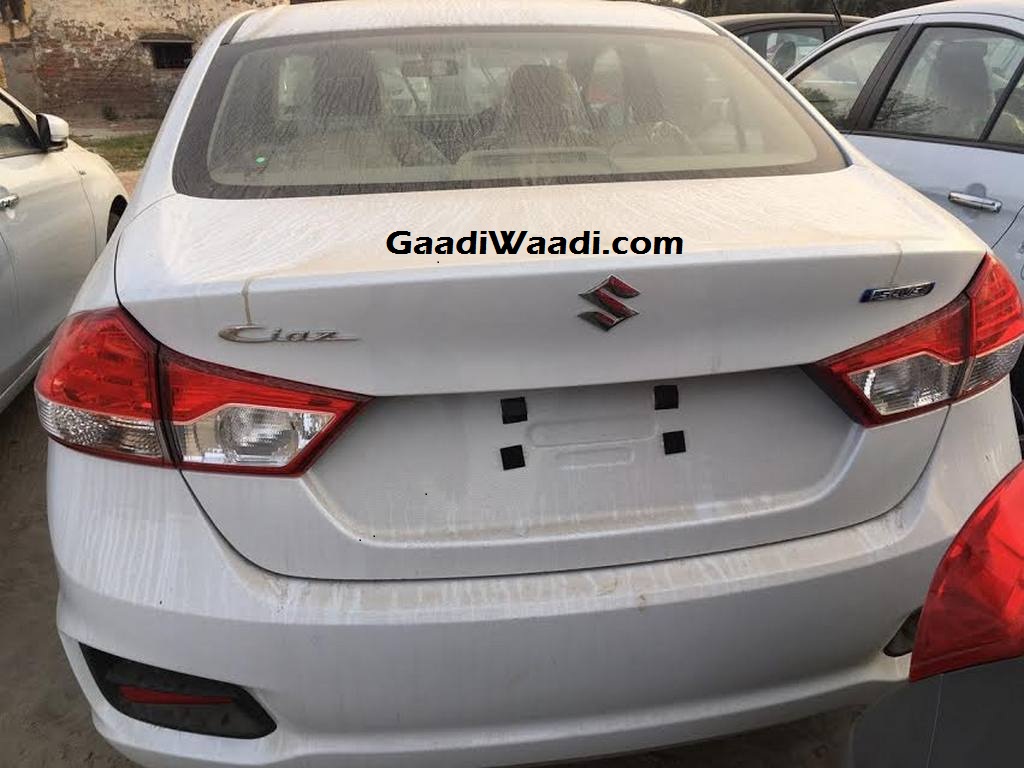 Since Ciaz already looks fresh, we do not expect many significant changes to either its looks or the mechanicals. It is currently averaging between 5000 to 6000 units every month and is neck to neck with Honda City (which will get its facelifted version on 14th Feb). Ciaz is also rumoured to get the 1.6 Multijet diesel engine sometime later.

Baleno RS, which is the other car that will go to Nexa, will be the sportier version of Baleno and will come with the 1.0 liter turbocharged petrol engine. It will be the range-topping variant and will be introduced very soon. So, there are a lot of fireworks expected from Maruti in the coming times. And let’s not forget the 2017 Dzire and Swift, which are also 2017 launch candidates.

Next Read: After Celerio Diesel, Maruti Discontinues 2 Variants of S-Cross 1.6 Out of Three