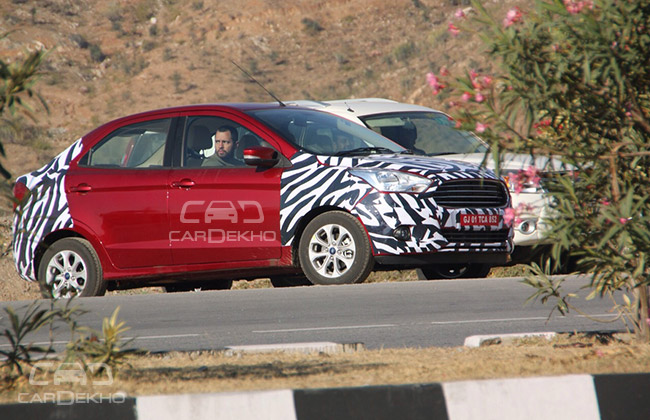 Unveiled a year back before the Auto Expo in 2014 as a concept, Ford’s Figo Compact Sedan has been snapped testing for the first time in India, along with its sibling Next-Gen Figo hatchback by the folks at Cardekho.com.

And like we have been saying, it may probably end up looking as the most balanced ‘compact sedan’ in the country among some real disproportionate cars we have been subjected to see daily on the roads!

This was a whole convoy of cars caught in Udaipur and consisted of Swift, most probably for benchmark purposes. The temporary test number plate of Gujarat state confirms that both the cars will be manufactured at the new Sanand plant which will go operational very soon. 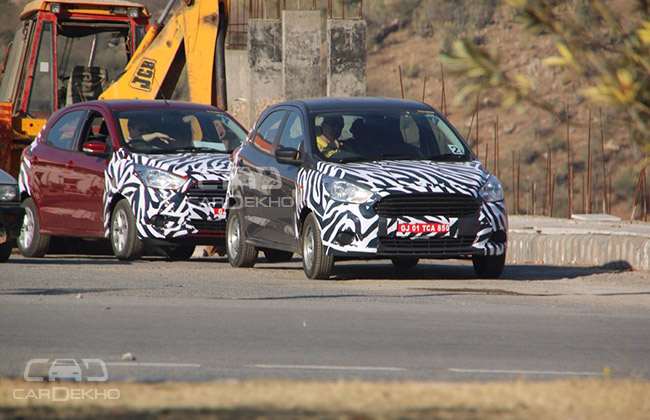 In terms of engines, both the Figo sedan and hatchback will definitely get the 1.5L TDCi diesel engine from Fiesta and there are all the possibilities of Ford introducing the 1.0L 3-cylinder petrol engine in the duo; it may be turbocharged or not! 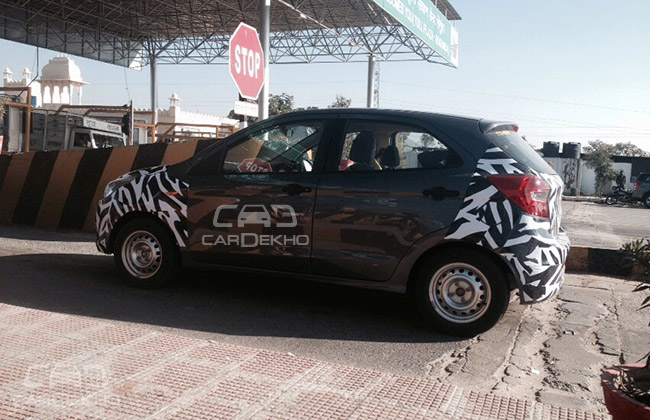 One of the cars was being driven by a foreigner (possibly an engineer from some Ford’s international center) and there were different set of alloy wheels on the cars. Launch of the Figo sedan is expected earlier than the hatchback, sometime in the coming months.