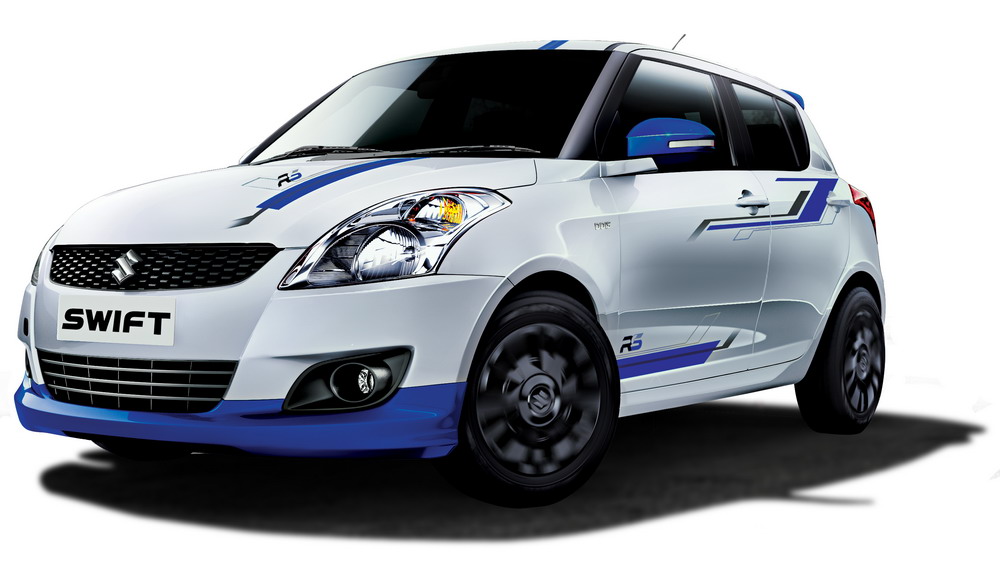 With the increased competition, Maruti is also on its heels and  churning out ideas one after the other. In a latest afterthought, it appears that they have decided to launch limited edition variants of all their offerings in the market.

The latest to join the bandwagon is the most popular hatchback of India, Swift! Maruti has launched a limited edition of Swift which is dubbed as Swift RS. Before you get excited about the ‘RS’ badge, let us break your momentary illusions! There is no performance upgrade and its just a regular cosmetic job which we have come to understand from the company.

Here is a list of all the features and changes that Swift RS comes along with:

Maruti says that this edition is in commensuration of Swift reaching near 1 million units of total sales. Till now, Swift has sold over 9.6 lakh units since its launch in May 2005. Actually, the limited edition is the RS package which is priced at Rs 24,500. The Swift RS is made available in the VXi and VDi trims only and is made available from early July 2013. It comes with the same 1.2L K-Series petrol and 1.3L DDIS diesel engine.

In the press release, Maruti mentions that the Limited Edition Swift RS will be available for a short duration, however there is no mention of the end date! This makes us believe that depending upon the response Swift RS garners, dates can be altered. Since Swift is already a huge selling hatch but we would urge Maruti to consider launching the Swift Sport with the 1.4L petrol motor since the premium hatch segment is already growing!