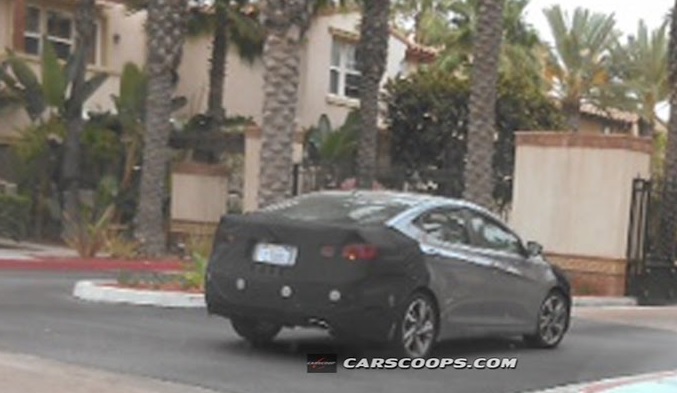 Hyundai Elantra has enjoyed lip-smacking success, especially the fifth-generation model which was introduced in 2010. It was dubbed as “Neo Fluidic”; and it seemed to fit perfectly into the car’s design theme.

Despite being able to retain the momentum, the executive sedan has reached a point where it needs to go under the knife or else it risks becoming an eyesore. At least that is what Hyindai seems to be considering. 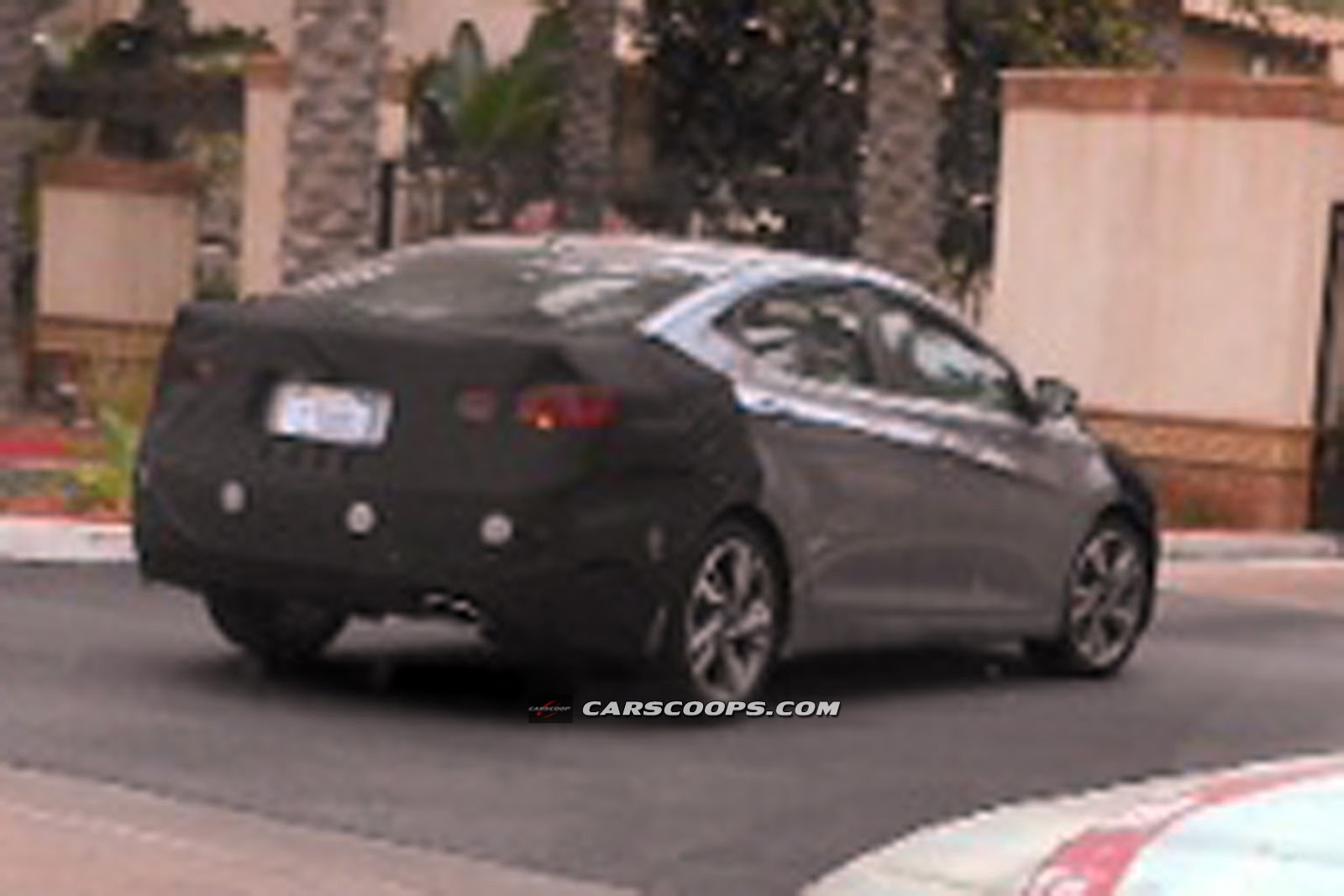 A test mule of the Elantra was caught in Fullerton, California. The person who grabbed a sighting of the Elantra-under-test, Alfred H, is an avid CarScoops reader. Infact, another Elantra had been caught while undergoing test runs in South Korea, earlier.

In both the sightings, the front as well as the rear portions of the car were camouflaged. This does indicate that a few changes could be concentrated in these regions. However, the South Korean test mule had its doors camouflaged whereas the US test mule had bared it open. Are we looking at restyled doors or a replaced bodyline crease?? 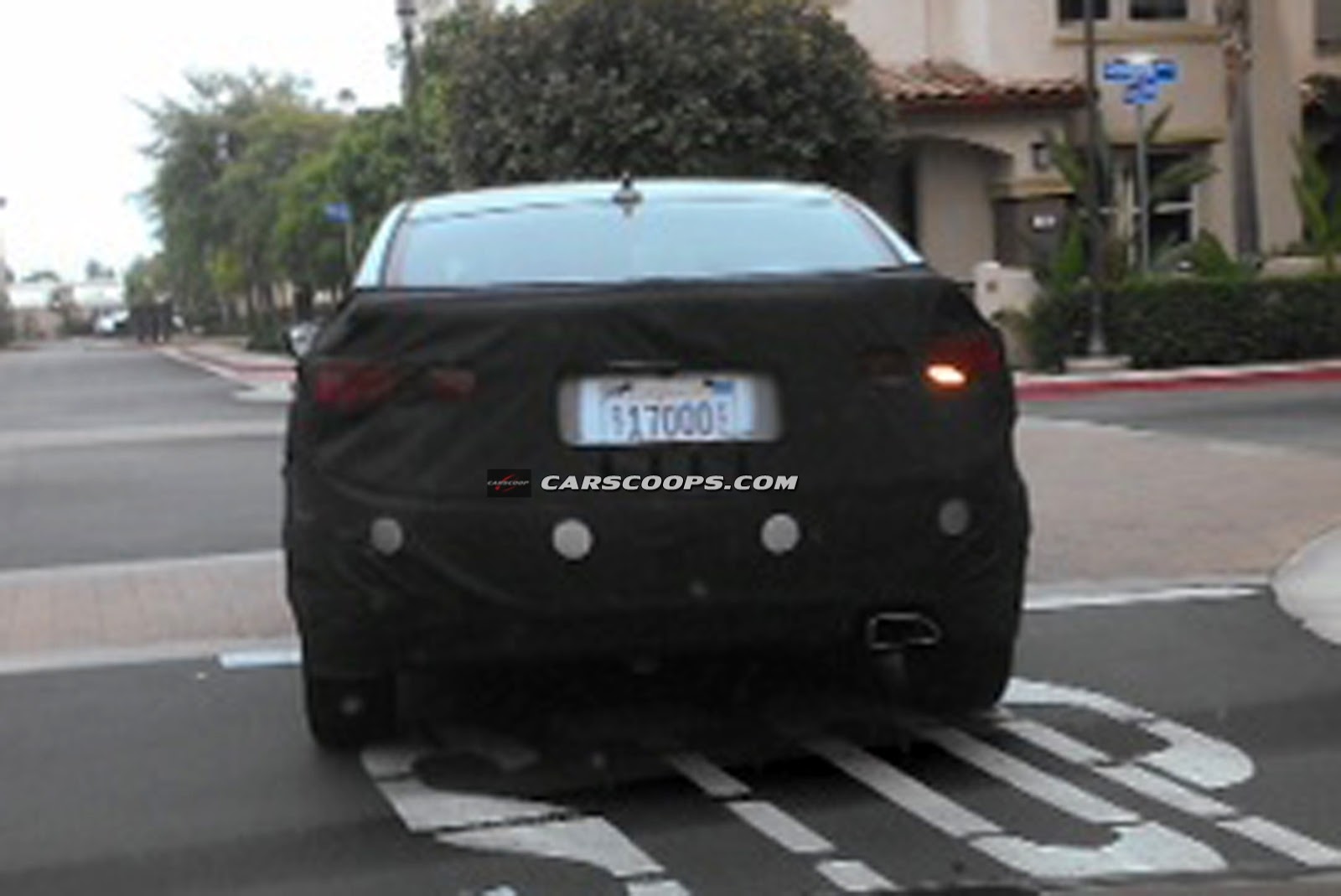 Sometime earlier, we had even stumbled upon the leaked images of the Elantra’s reworked tail-lamps. They looked futuristic, and would have certainly turned heads after sunset. However, the rest of the car will most likely go unchanged. This facelift is just a minor revised version, radical changes are just out of the equation!!

Nevertheless, we feel the Elantra will still go strong. Its “Fluidic” design theme is going to stay hip for some more time, and till then we expect the retouched lamp clusters and fenders to do the job. The Elantra’s engine options will also probably stay unchanged, continuing with the 147 bhp, 1.8 litre Petrol and 1.6 litre, 126 bhp Diesel engine. Six-speed manual and automatic gearboxes would be provided as an option.

We are not sure when is Hyundai planning this facelifted Elantra for India but according to us, if at all, it is still a few more months away from India. Keep tuned to us for more updates!!