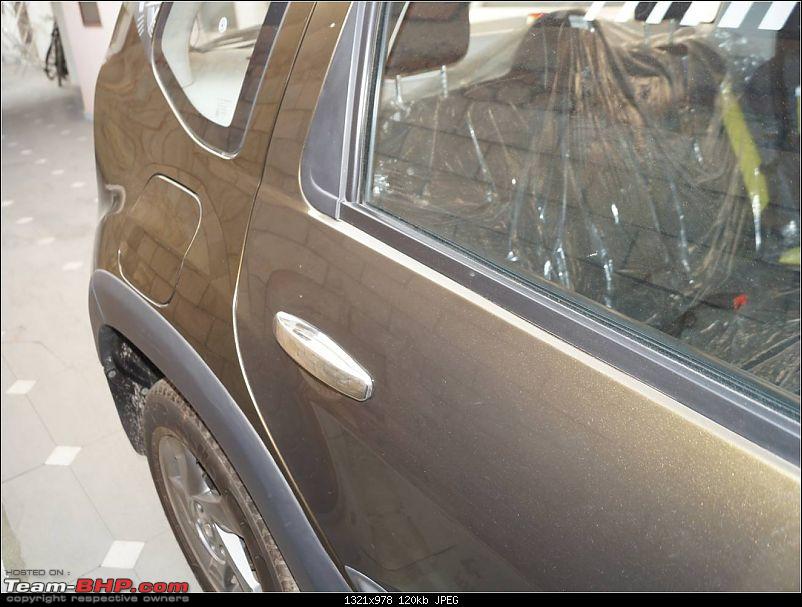 A horrendous case of a customer being duped by a South Delhi Renault dealer, Sprint Cars, Kailash Colony, New Delhi, has been brought to light by Teambhp. One of their forum members, Kshitizag, claims that he bought a Renault Duster 110 PS RXL Adventure (the top-end 2WD version) on 19th of October but the dealer gave him a “repainted vehicle” instead of a new one!

He says that the complete rear door (right side) is a repainted one and it has been more than 15 days that he has been pursuing the matter, but has still not been provided with a satisfying solution (read ‘vehicle replacement’). Now, though the General Manager of the dealership finally accepted that the door was indeed repainted, he has just offered to replace the door rather than replacing the car with a new one! 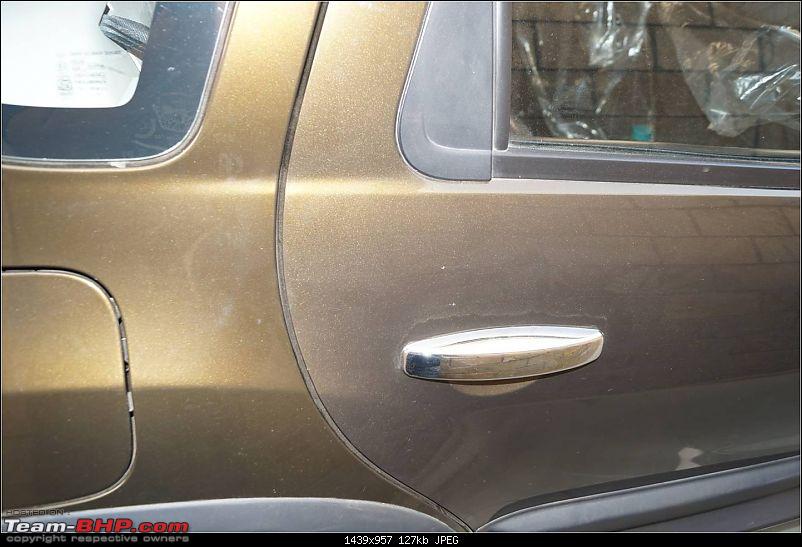 We strongly believe that Kshitizag should straight away refuse the offer and demand a new vehicle, which is something he should have already got at the first place! Moreover, if the misdoings of the dealer are true, Renault India should not only be apologizing to Kshitizag on the dealer’s behalf, but should also be cancelling the licence of this dealership, thereby setting an example for others who indulge in such malpractices. 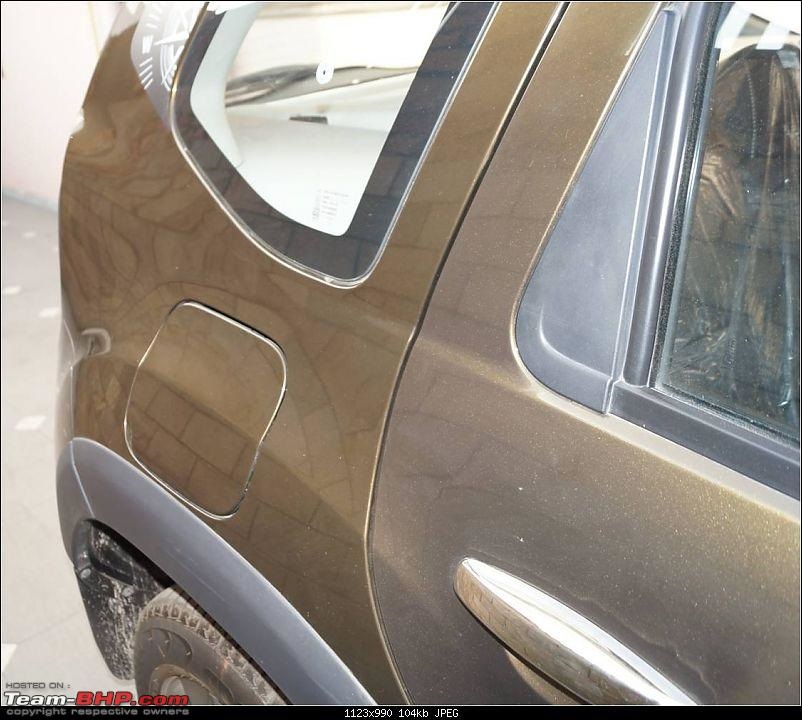 We understand very minor touch-ups are performed at dealerships which are caused by negligence, however, such big mess-ups are not acceptable. And we are surprised at the shoddy work done by the dealer which is so visible in pics itself!

Renault India should intervene and take this case with them before the customer starts with legal proceedings to get this resolved. Give him a new vehicle Renault, and throw in a couple of extra goodies while at it to restore faith of your potential customers.