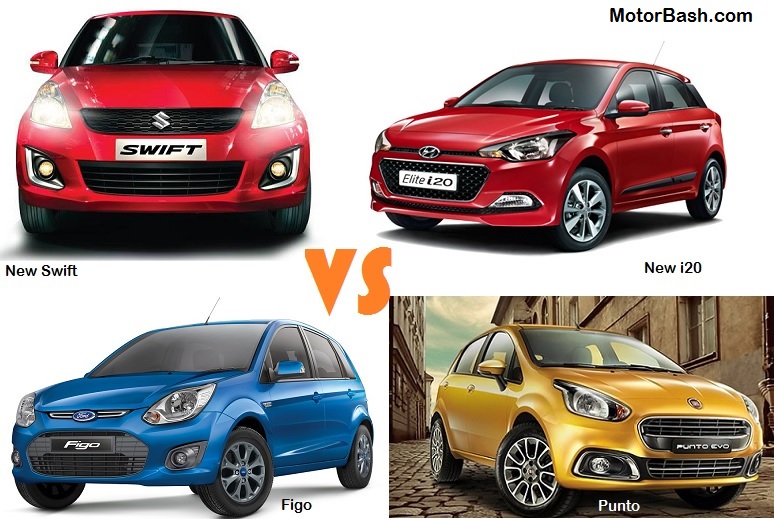 The new Swift might not have added a great deal at the cosmetic front, but it is very much expected to keep clocking great numbers just as the outgoing version did, or probably even more!

The competition, no matter how good or bad they are, none has ever been able to come close to the Swift in terms of sales. With the new Swift, Maruti has ensured it keeps a leg up against competition, by providing more features at minor price increments.

But, the question is, how does the new Swift with a price increase stand up against the competition. Here is a look

New Swift vs Figo vs Polo vs Punto Evo vs i20: Price Comparo

So, where does the Swift stand in front of the competition in the B-segment hatchback segment. Here is a price comparo.

Figo diesel as we said is a VFM car but is clearly outdated. It would be apt to compare the Next-Gen Figo with these cars. Among the other four, Maruti has cleverly placed its Swift and despite the hike, it remains luring. The new Punto EVO is also very well priced. Polo and the new gorgeous-looker i20 sit at the pinnacle in terms of pricing.

Related: New Maruti Swift: List of All What’s New in the Car…