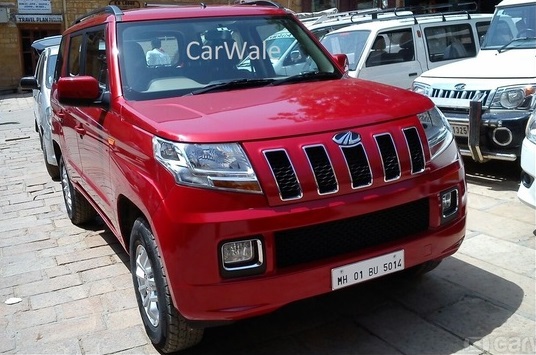 So, the cat is out of the bag, completely! From the recently held media shoot in Jaisalmer, the TUV300 has been revealed completely by Carwale.com and the sub 4 meter SUV surprises us with its grille which is heavily inspired from the Jeep Cherokee! It is believed that Mahindra does take its cues from Jeep, which are also known the world over for their SUVs, but this time it is apparently clear!

The new spyshots reveal a 5 block grille, sweptback headlamps, with integrated side indicators, apart from rectangular airdam and chrome surrounded fog lamps. The high-raised bonnet and flatter roof gives it an interesting posture but from the sides and rear, the excitement dies down. At least in the pics, the SUV appears to be too high, just like Quanto and surprisingly Mahindra has missed cladding which should have been present at least on the sides.

Carwale further reveals that TUV300 is built on a shortened Scorpio’s body on ladder platform. This rear-wheel drive SUV will also be available with an AMT gearbox, most probably from the launch itself. Mahindra has already showcased AutoShift (AMT) gearbox on the Quanto at the 2014 Auto Expo. 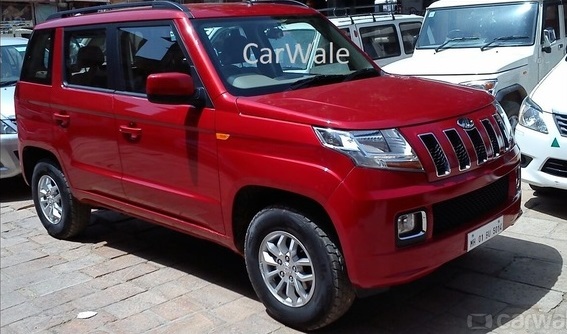 The exposed spare wheel continues to be a part of the plan and we, by know, already know that it will be a 5 +2 seater with two jump seats at the back (and hence is the reason of that foot step you see here). 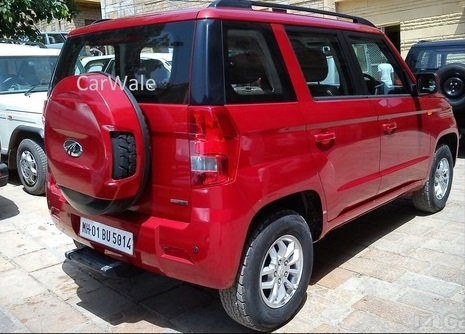 mHAWK80 is the name of the engine given by Mahindra and it is expected to be the same 1.5 liter unit from Quanto albeit with some tweaks. We are not sure what does that ’80’ mean here but let us expect the power is not reduced.

As officially confirmed by Mahindra, TUV300 will be launched on September 10th and we expect prices to be competitive! Pre-launch bookings open from tomorrow!