Jeep is all set to hit Indian shores with its flagship products – Grand Cherokee and Wrangler. This, could be called as one of the best news for an off-roading junkie!

However, the bad news for the same junkie is that, they would be priced way over what an average joe can afford. So, here is a solution; just wait for a couple of years for a compact B-segment JEEP SUV. Yes, JEEP will be launching its smallest SUV in 2015 in India.

See all 8 upcoming products from JEEP in India

If you have not noticed yet, this upcoming product is being called as B-Segment SUV by the company. And when Jeep says SUV, that means an SUV unlike the soft CUV’s we see are coming. Hence, it could be safely assumed that this would be a smaller clone of their bigger hardcore off-roading Sports-Utility-Vehicles with a lifestyling element attached to it.

Now comes the revelation. This small SUV will come with an engine option each in both petrol and diesel. As you can see from the following slide, Jeep’s B-SUV will sport:

The 1.6L Turbo diesel mill is expected to be the 1.6L Multi-jet which Fiat will also use in other upcoming cars. The 1.4L petrol that Fiat is talking about here looks like an improvised version of the same mill that does duty on the Linea and Grand Punto 1.4. 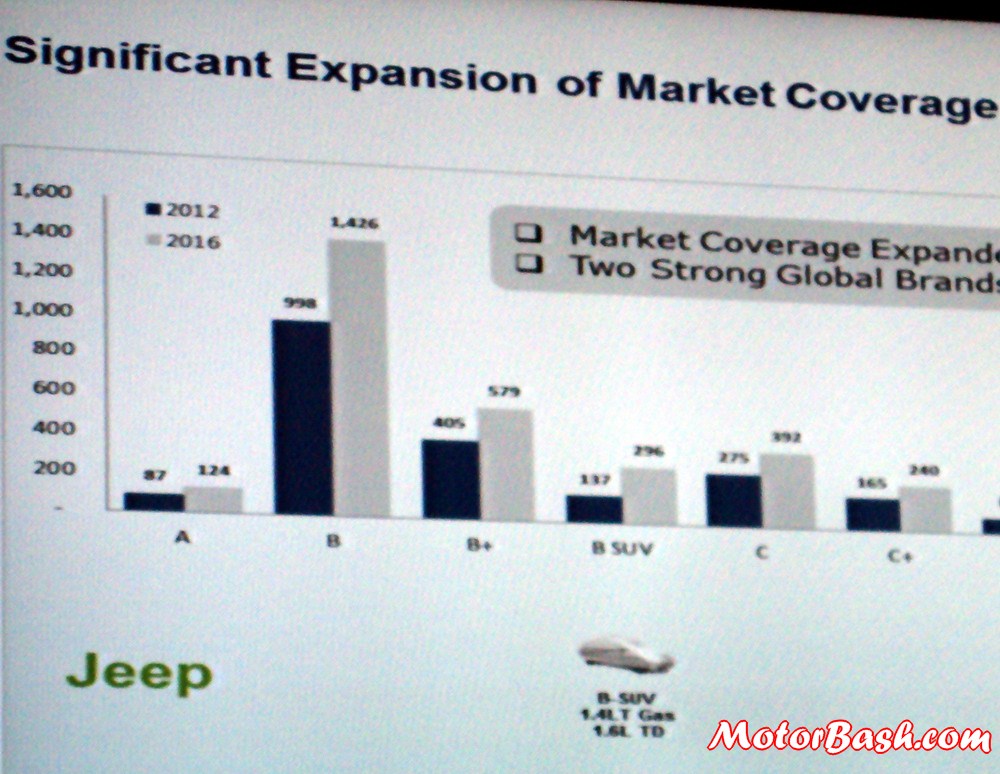 Obviously the specs will be upped to make it a hoot-to-drive SUV. Since Jeep doesn’t have anything lined up for the year 2014, we dearly expect them to be working on localizing their products, if not completely locally producing them! That means this B-SUV might just be as affordable as others in the class. Now that’s music to ears!

I, for sure, have started to save up; Have you…