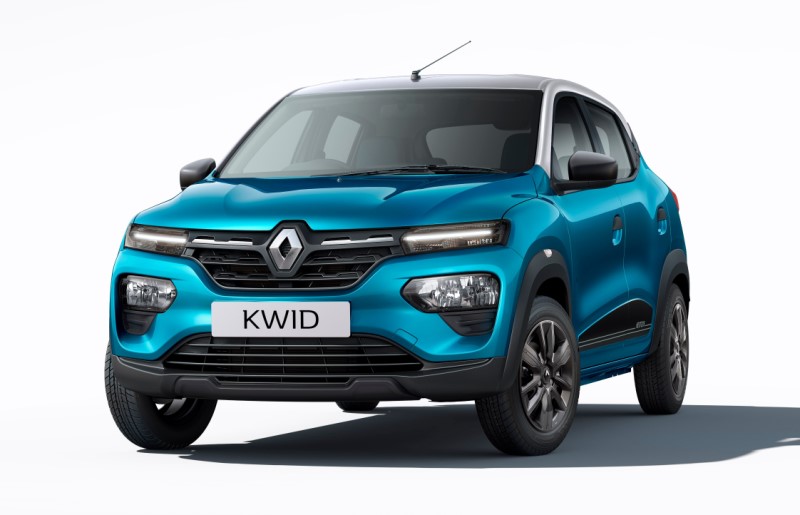 The Kwid Neotech Edition gets dual-tone color schemes and it celebrates the milestone of sale of 3,50,000 units of the hatchback in India...

Renault’s entry-level hatchback, the Kwid, is off-late, facing a lot of heat from the new S-Presso from the Maruti-Suzuki stable. The latter can be seen eating away the sales volumes of the Kwid in recent months.

Hence, Renault is leaving no stone unturned to keep the rival at bay. In a bid to do that, the company has just launched the NeoTech edition of the car. The launch comes soon after the vehicle crosses the milestone of selling 350,000 units in India.

The new Kwid NeoTech edition now offers the popular hatchback in dual-tone color schemes. The customers now get an option to choose from two color options, which include – Zanskar Blue body with Silver Roof and Silver body with Zanskar Blue roof.

This edition of the car comes with an 8-inch touchscreen ULC with Apple CarPlay, Android Auto, AUX sockets, Flex wheels, and a USD socket for the front-row passengers. It also gets 3D decals on the C-pillar, NeoTech door claddings, and modified seat fabric with blue inserts and stitches.

Apart from that, the car gets a chrome AMT dial, chrome add-on grille, and B-pillar black tapping. For all this, the company is charging a premium of Rs. 30,000 over their standard versions.

The Kwid is popular among its audience for the higher fuel-efficiency and low cost of ownership, which is possible due to localization levels as high as 98%.