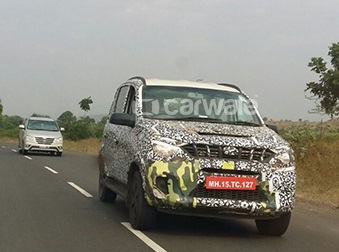 Mahindra, which was reeling under the pressure of the competition with falling sales, has bounced back with updates to existing models and new launches like TUV300. They have already delivered 12,700 units of the compact SUV ever since September 10, 2015. The demand has been so encouraging that Mahindra is even working on increasing their capacity. However, as you all know, the show is not over yet! In a recent interview with Economic Times, Mahindra’s President and CEO Mr Pravin Shah has revealed that they still have two more compact SUVs to be launched within this fiscal!

This means that Mahindra will add two more products to their lineup before March 31, 2016. So, here are the two upcoming cars – both compact SUVs from Mahindra which will take the baton forward..

The first of these will be the XUV100, which we have also known by the codename S101. This small city centric micro-SUV is essentially a crossover and will be launched in the third week of January with a new petrol mill (along with a diesel motor).

The S101/XUV 100 will most probably also come mated to an Automated Manual Transmission (AMT) for increased comfort in cities and is expected to be priced around hatchbacks like the Maruti WagonR and Hyundai i10.

The second launch will be the new Quanto facelift and just dont give it a pass this time as it appears to be a comprehensive makeover which will also include some mechanical changes apart from a completely different face. The new Quanto, which may also get a new brand name, was spied recently by the folks at Carwale in Nashik and what we see under that camouflage looks interesting. New flashy headlamps with LED DRLs, refreshed vertical-slat grille and a slightly higher stance will lend it a muscular SUV-kinda look. 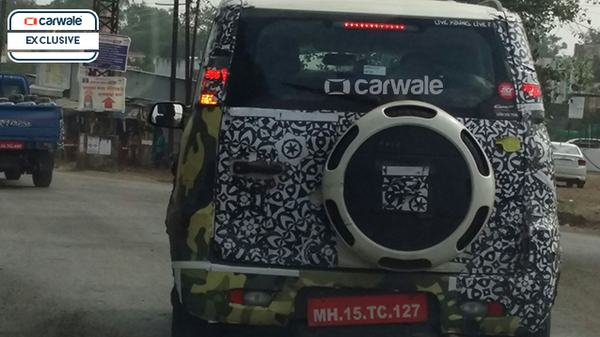 The new Quanto will also sport re-designed bumpers both at the front as well as rear along with new alloy wheels. Interior design and quality is also expected to go through a massive revision.

So, with a very strong lineup in the sub four meter compact SUV segment, Mahindra is trying to snatch its lost domination and we do see them making a strong impact…