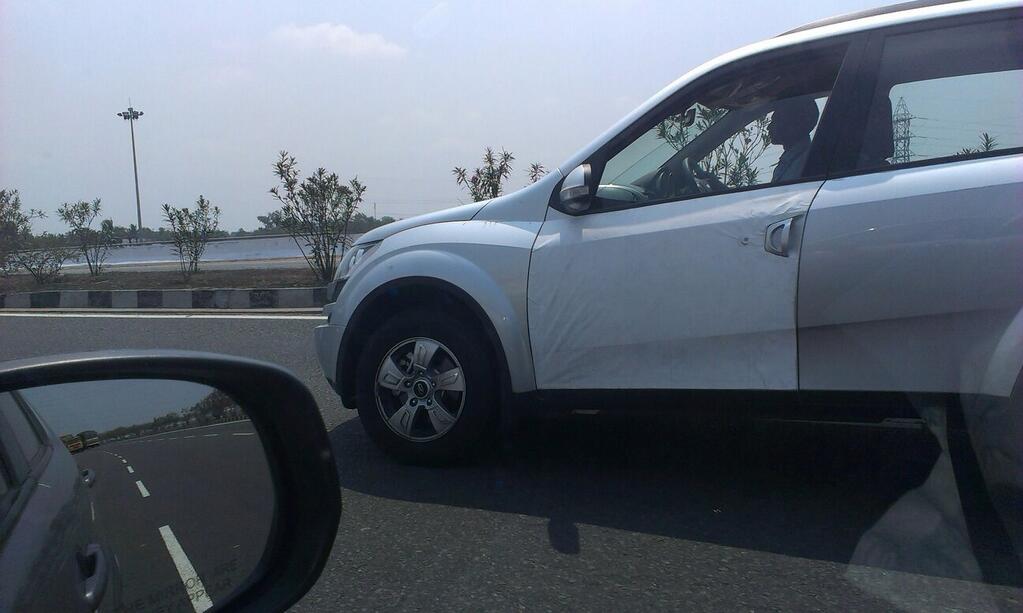 The XUV500 is a wonderful product, breaking the myth that Indian car manufacturers can not make eye catching and decent quality products. XUV500 gave Mahindra a new breath of life and image!

When Mahindra launched XUV500, it became an instant hit and though, competition has taken a toll on XUVs sales figures, it is still a fantastic seller by all means. However, lack of an automatic gearbox on the lanky SUV has been a hindrance and is desired from a long time.

There has been a few sneaking bits coming in claiming that Mahindra is working on an automatic version of XUV500 for India and the autobox will be sourced from Aisin Seiki. And in an update, a Twitter user Anand Iyer has spotted this red-number plate XUV500, which could be a test mule.

And if it is a test mule, there is nothing else apart from an Automatic gearbox that Mahindra must be testing on it. What stops us short of calling it a conclusive test mule are those white cover sheets which we have seen Mahindra use to ship a brand new car from one place to another, let’s say from a stockyard to the dealership. However, these kind of number plates are used on test mules and we have seen Mahindra’s test mules with ‘TN’ plates. 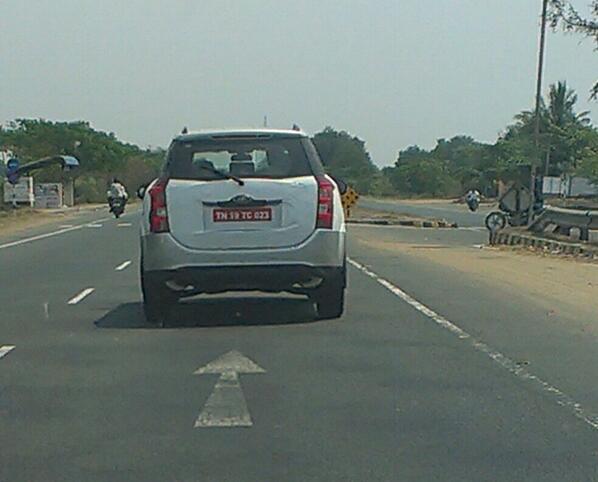 Nonetheless, the automatic XUV500 will not only get an autobox, but speculatively a significant 30PS bump in power as well. Apart from the number plates, we cannot notice anything different from the regular W8 variant of XUV. It must be noted that the XUV500 facelift is also slated for a launch sometime next year, coinciding with the automatic variant. This leads us to believe that the autobox will be launched on the facelifted XUV500.

Interestingly, Mahindra has launched an Automatic XUV500 in Algeria which is believed to have the same gearbox as the Scorpio.