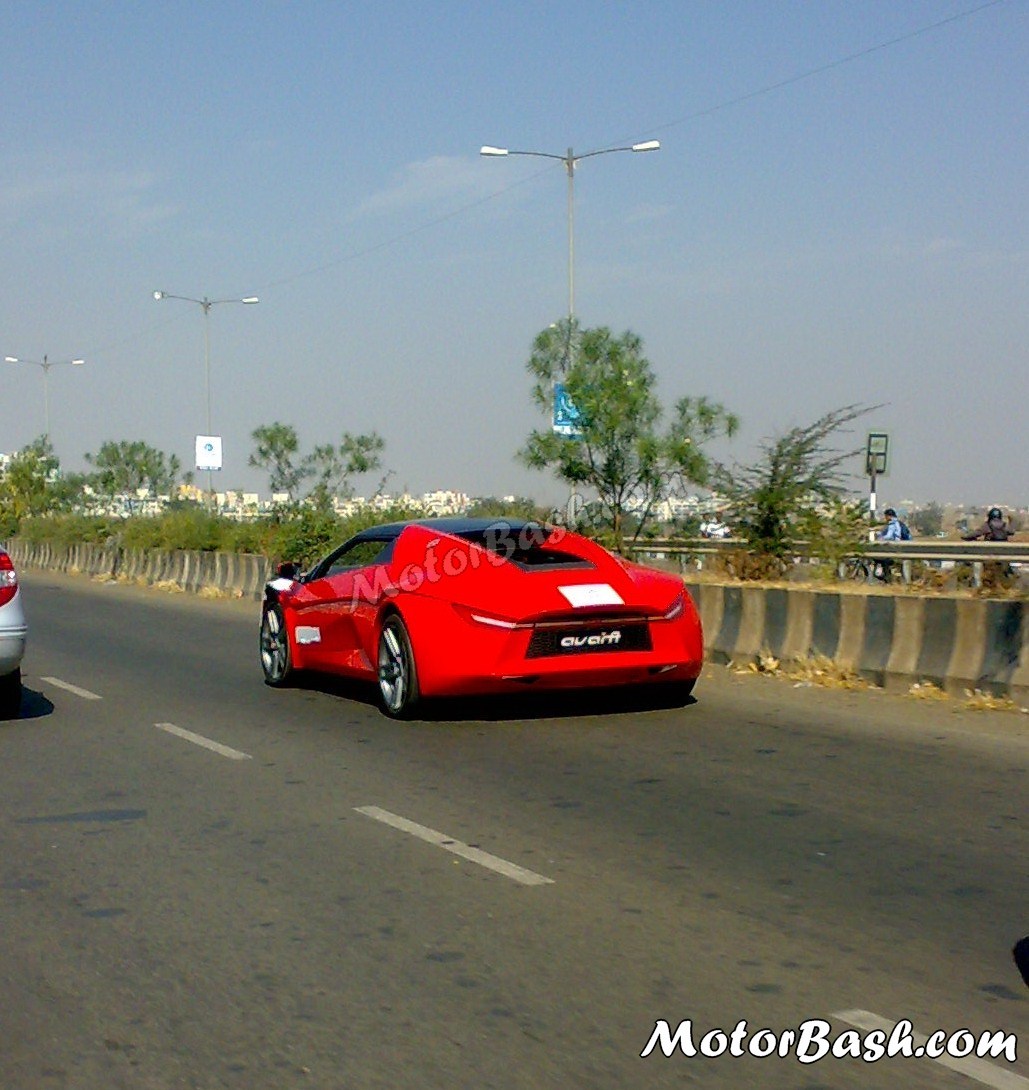 One stall which drew a lot of footfall at the Delhi Auto Expo 2012 was that of DC’s. It was because of one red hot car that everyone mistook for being an international supercar.

It was the DC Avanti, a supercar by the homegrown intellect of Dilip Chabbaria’s DC Design. DC Design is not known for manufacturing cars from scratch but here is what they are doing different. We talk about the car later, but for now, we present to you the first ever spy pic of the car out in the open and ‘ON TEST’

MotorBash’s avid reader Kiran Manjal shared this pic of DC Avanti from Pune. He was on his bike when he spotted this Avanti zooming past followed by a Grey colored Suzuki Swift which was part of the testing team.

There were ‘ON TEST’ tickers on the car and we can see a few hidden badges in white from the lone spyshot we have. The car looks low slung even after its fairly decent 155mm ground clearance but appears to have enormous road presence.

What is DC Avanti?

DC Avanti is a sports car from our homegrown DC Design which was showcased at this year’s Auto Expo in Delhi. The stunning looking car is planned to be launched during second half of 2013 and the company intends to launch 300 units initially. Thereafter based on the response, the production could go up to 1000 or more units.

Avanti is powered by Ford’s 2.0L 4-Cylinder VVT turbocharged (with direct injection) EcoBoost engine which would be capable of producing 240hp of power and 270 lb/ft of torque. It would be coupled to a 6 speed manual gearbox (and possibly an optional auto box as well). Looking at the design, there are no two ways that this car looks breath-takingly good. The larger point here is the finesse, it coming out from Indian hands and brains! However the biggest talk of the tinsel town was its touted price tag. DC is planning to price this car at a sub 25 Lakh tag (did we hear Only!).

How would it perform on the road is yet to be seen. Also, how well would DC service the customers and the car both professionally and mechanically is also a question for now.

Now, that we have revealed the first test mule of the car on the roads, do we expect an early entry?