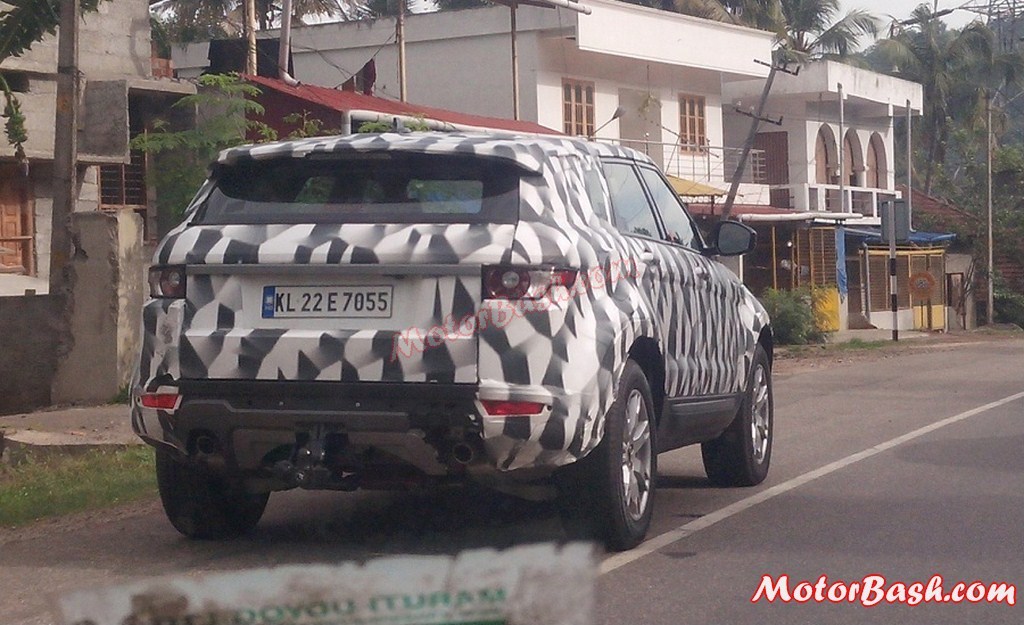 MotorBash is one of the fastest growing daily car webzine in India. We continue to add to our reader list steadily and we do have our Hawk-Eyes prowling the streets, ready to go on a click-frenzy as soon as something different is spotted.

One of our dedicated readers has been successful in netting a really big catch. This particular car-in-incognito-mode has been relentlessly playing hide-and-seek with us since the last few weeks. We had first mentioned about its appearance inside the Technopark premises in Trivandrum. Some time later, it was again spotted gliding on the outskirts of Trivandrum with ‘KL’ number plates. 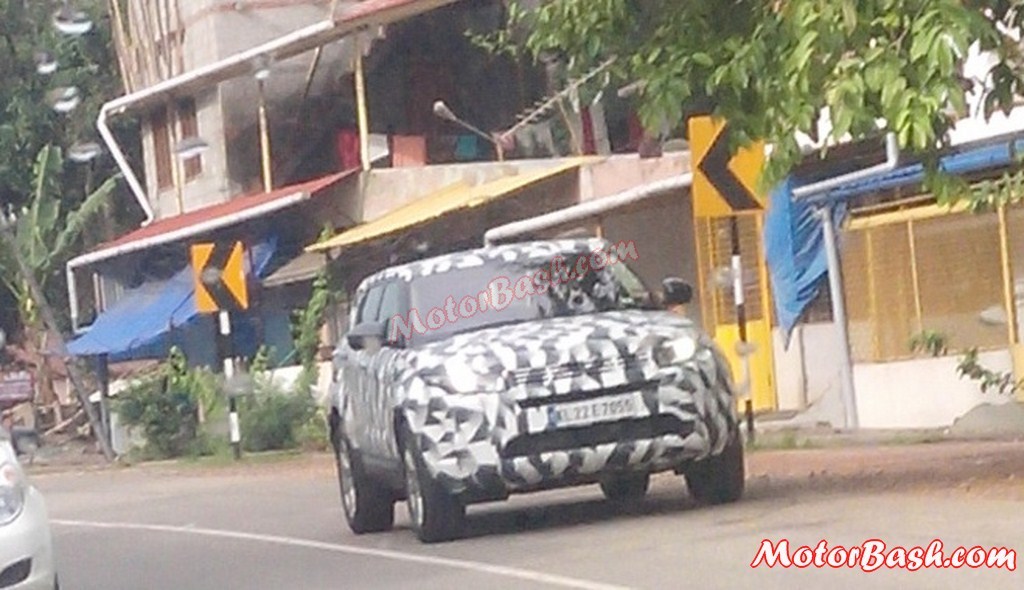 Hot-on-the-wire news this morning is that it has been spotted by one of our readers who go by the name Syam. He was near Venjaaramoodu on Kottayam Road when he caught a glimpse of this test mule of Land Rover. Like everyone else, Syam ended up being confused between the Land Rover Evoque or a Freelander. He scampered back to check the details of the registration number that was put up on the test mule, from the RTO website. Lo and behold….he found it to be a dummy registration number!

The spotting of the Land Rover test mule has wide repercussions. It adds sufficient-fuel-to-the-fire of suspicion about India being a possible assembly location for JLR’s Next-gen Freelander, based on the lines of a stretched-out Evoque platform. JLR had earlier notified that the Next-gen Freelanders will be mashed up along with their Discovery line-up, and might be powered by the AJ200 series of four-pot engines. Three major brands are what will be left in JLR’s kitty, the Discovery as well as the luxurious Range Rover brand and the utilitarian Defender brand.

The last nail on the coffin of any suspicion raised by naysayers is the presence of the Tata Elxsi office within the Technopark premises. It is a well-known entity, which has its fingers dipped into the lucrative pie of manufacturing and testing software as well as embedded systems for vehicles. This test mule has probably strutted over to get its electronics tweaked, but after being hounded by a few prowling eyes, the driver probably felt safer on the outskirts. It remains to be seen where he aligns his steering wheel now, after these latest spotting.

Don’t end up getting fooled by excessive camouflage! It is a ploy to hoodwink nosey neighbors.

We sincerely thank our alert reader Syam for sharing these pics with us.You can also help MotorBash grow, and in the process, get some quick cash for car spyshots (Details).