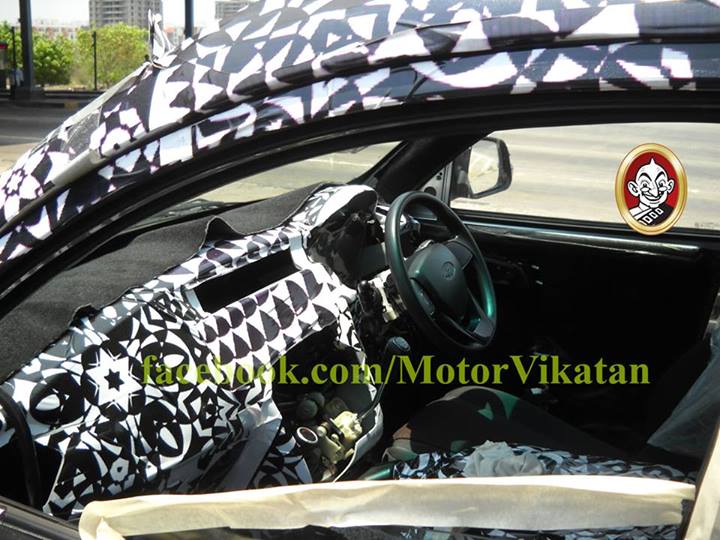 So the Mahindra’s upcoming salvo at the burgeoning compact SUV segment, after its Quanto failed to attract much mileage, S101 is beginning to gain shape and size.

Barely a few days back we saw the car sporting production dual barrel front headlamps and in these latest spyshots by Motor Vikatan, it showcases more of it and gives us a good glimpse close up. For some reason, there is something stuffed between the hiding cloth and the bonnet otherwise it will not be so raised. 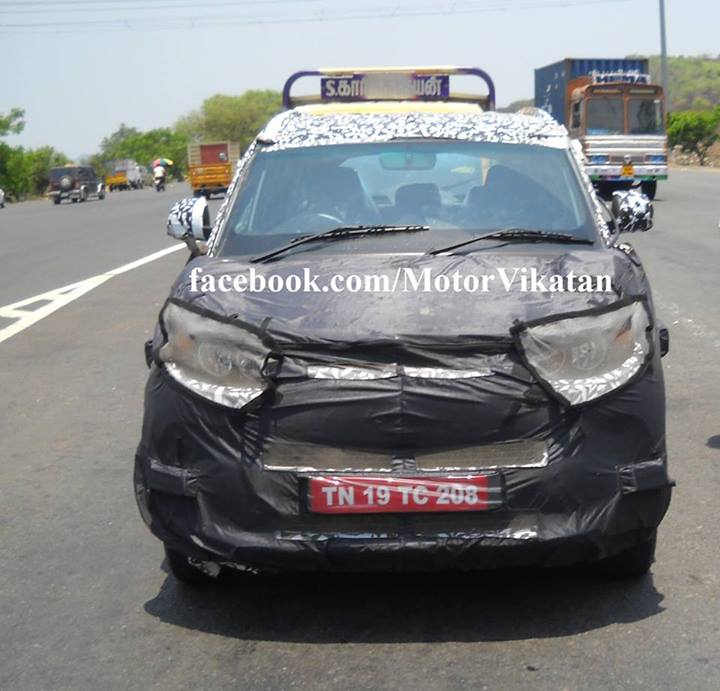 The rear still makes do with the regular dummy tail-lamps but it appears that it has finally managed to get both the front and rear mud-guards according to specifications.

But the more interesting bits come in the form of its interior shot. We can notice the bare basic steering wheel (which shares cues from XUV’s), dual-tone (darker-coloured) seats, tiny instrument console and dashboard mounted gear lever, which appears to be a little higher than what we would prefer. This has provided Mahindra a leeway to offer connected seats at the front which we have already seen on the Datsun Go.

Apart from that, the dashboard is absolutely incomplete with spaces for more kit to be added when the S101 is nearer its launch or when the major mechanicals and engine bits have completed testing.

S101 is Mahindra’s ambitious sub 4-meter compact SUV project which will compete against EcoSport and others. It will feature a new 1.2L petrol engine along with the 1.5L diesel engine from Quanto. Launch is expected sometime next year and production duties will be performed by Mahindra’s new plant in Tamil Nadu. 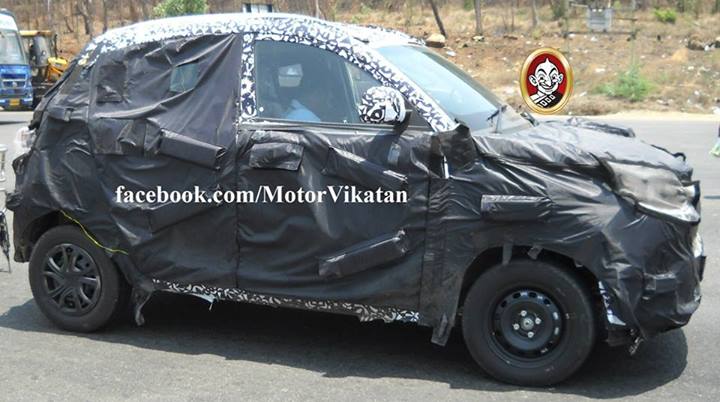 Apart from this, Mahindra is also testing U301 mule which one of our reader has snapped very recently (here).