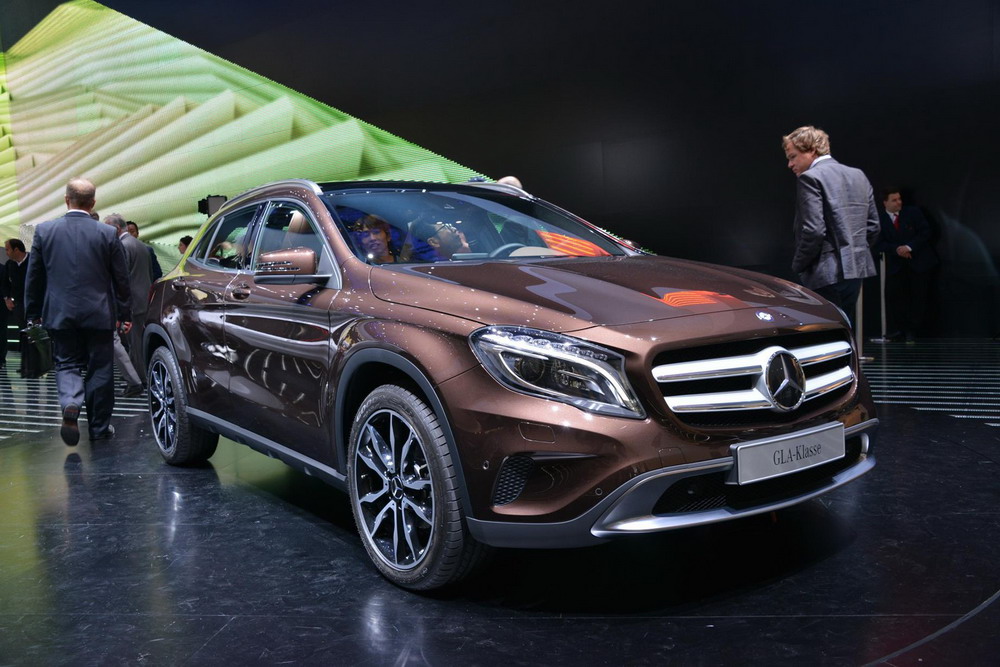 Mercedes-Benz lifted the veils off its GLA for the first time in full public view at the ongoing Frankfurt Motor Show. The GLA is the first ever small crossover from the stables of the Stuttgart based luxury car maker, and signals a shift in its strategies. 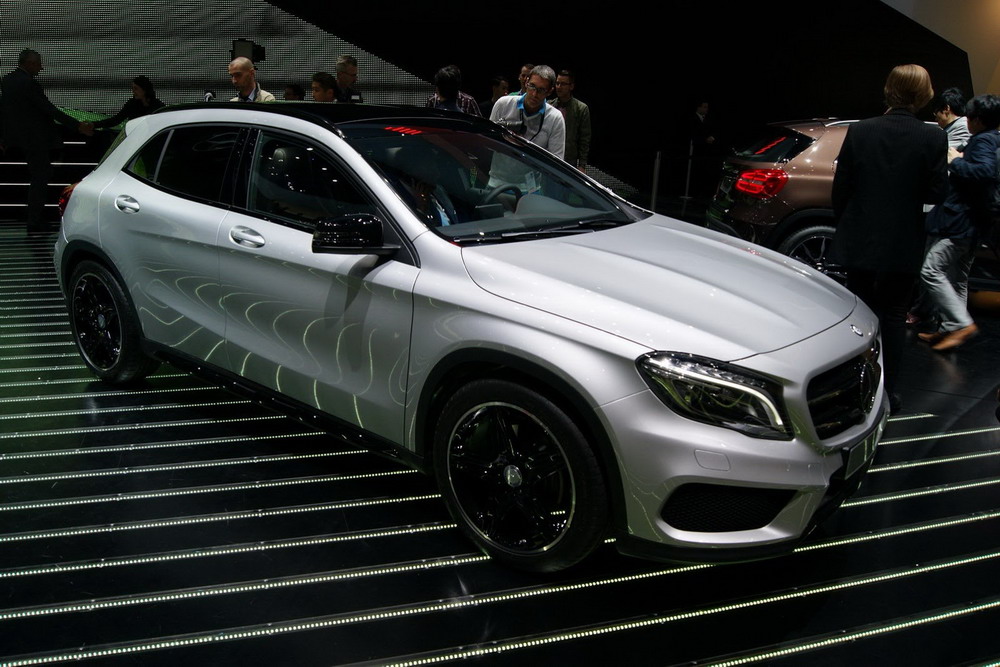 Not just Mercedes-Benz, few other companies are adjusting sails and pushing oars faster to stay afloat in these turbulent conditions. A few thousand miles away, another iconic company shifted gears and unveiled plasticky, multi-coloured products; moves which could be termed very un-Apple.

The target is the same : Get more customers into the fold, and improve margins.

Numbered are the days of a true-blue niche category manufacturer, it seems!!

The GLA is Mercedes-Benz’s attempt to strike a chord with the younger population. With pitched battles being fought in the crossover arena, Merc’s entry could be a notable event. However, we don’t expect it to wipe out all others. It will probably rest at the top of the pyramid, selling in lesser numbers than the lower-priced ones at the wider base of the pyramid. 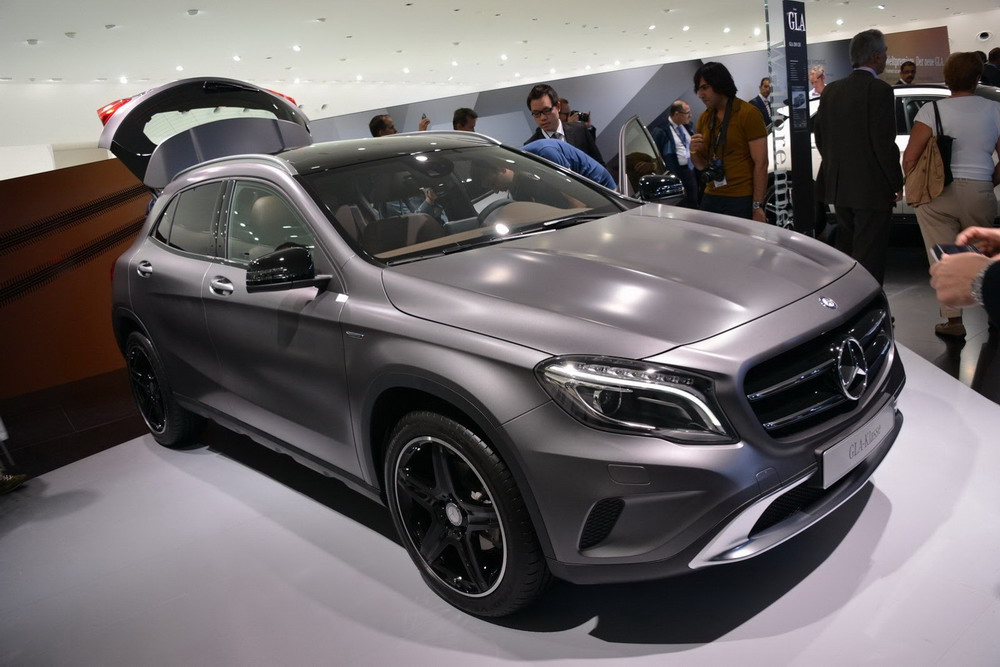 It’s an obvious inference that the GLA is a close relative of the Mercedes-Benz A-Class, which India received some time back. The GLA sports a very similar, if not exact, stubby snout. The headlamps with DRL strips are very much there, and so is the grille with chrome slats and a three-point star in the middle. However, we don’t know if the GLA will get the diamond grille of the A-Class or not. 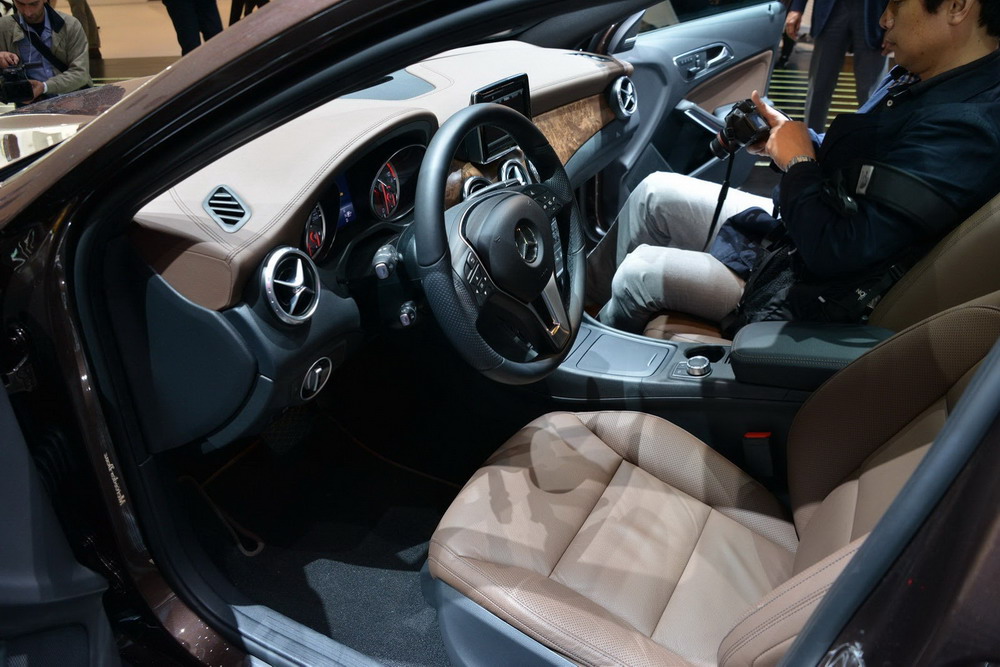 The profile is similar too, just a wee bit longer as well as taller. The increased height is due to the higher ground clearance, and probably larger wheels. At the rear, we get to see different tail-lamps. The shape might be similar to those on the A-Class, but these tail-lamps are definitely larger.

Overall, the looks of the GLA are pretty much in sync with the general gameplan for Crossovers. Built on smaller platforms, they tend to compensate and achieve SUV-Type Off-roading brawn with details like puffed-up wheel arches and C-pillars.

In the interiors, the similarities are almost undeniable. The dashboard and the steering wheel look similar, with grey accents lining up the dark grey background. A touchscreen based system pops up above the three circular AC vents at the centre. There is another option for the interiors, we feel it could be the much-vaunted Open Pore Ashwood trim. 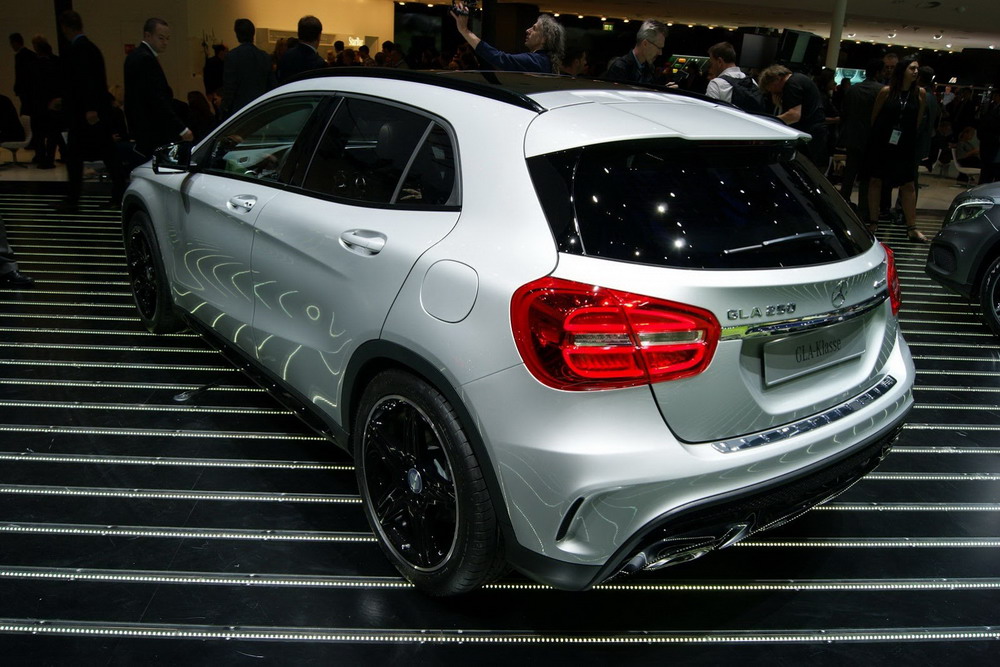 Engine options to be made available on this vehicle are known to have been used on other models of the Mercedes-Benz lineup.
Here is the list :-

Notably, the GLA is the first ever SUV from Merc not being equipped with a standard All-Wheel Drive system. This is sort of expected, as the crossover could spend more time strutting around the cityscape with aplomb rather than breaking sweat on dirt trails.

The GLA is destined towards India, with the probable time of appearance in showrooms being early 2014. Here, it will slug it out with Audi’s Q3, BMW’s X1 and Volvo’s V40 Cross Country.