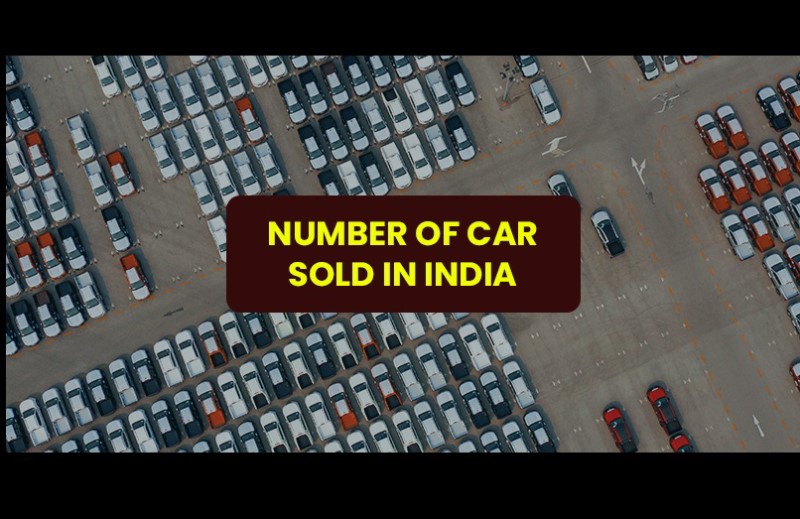 For a large country like India, automobiles play a vital role at every level of society. Every industry in a market is linked to the next in one way or another; this includes the auto industry. And which segment of the automobile sector dominates the Indian marketplace? The car markets. The population of India primarily consists of the emerging and middle class, which is constantly growing every year. And with that, the number of cars sold each year is also on the rise.

Relying on convenience and safety parameters, the middle class of today’s India considers buying a car over a two-wheeler. The increasing income of people is another reason for the rise in the number of vehicles sold in India.

The year 2020 saw a setback in the number of cars sold in India (in fact, sales of automobiles in general) due to the onset of Covid. Despite the losses, the industry is expected to be back to total capacity by 2021.

The number of cars sold in India increases every year, starting from the first car sold even before India’s independence. The first Indian to own a vehicle was Mr. Jamshedji Tata in 1897. This formed the foundation for the establishment of Hindustan Motors Limited in 1942.

The company gained its popularity with the Ambassador model and ruled India’s car market for several years. Much later, other car manufacturers started coming up, and the competition in the car market grew.

International investments and ever-increasing demand by the people of India resulted in the present car market scenario that we have.

Some car sells facts in the previous years and years to come are:

The offline markets are slowly losing their sheen with the prevalence of the online marketplace. A similar trend is seen in the car sales statistics as well.

Additionally, people are no longer stuck to the purchase of new cars only. People nowadays tend to consider buying second-hand cars as well. Many platforms are therefore opening up for the ease of people to buy and sell used vehicles comfortably.

The car market may have dropped down in the Covid year due to people staying indoors, but the industry rose back from the ashes. The losses are being revived, and the car sales facts are looking good for the coming years. With over 12% CAGR growth, the car market must be back on wheels again very soon.

The increase in India’s middle class and young population is increasing the demand for cars in India. By 2030, India is expected to become the leader in shared mobility. The coming years are also likely to see the dominance of electric vehicles and autonomous cars running on the roads. The favorable government initiatives, better income, and preference for medical safety promote the growth of the car industry.

The increased digital services offered by the great startups are bringing automobile e-commerce closer to the common masses. The car industry is expected to give way many more such platforms in the future, helping the IT industry as well. There is no stopping to the increasing number of cars sold in India each year with the growing living standards. The future is electric and bright for the car market in India.