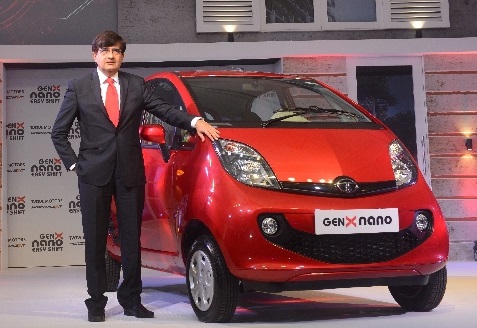 Tata Nano was a dream which never really took off. Ratan Tata envisioned the car to be a new ray of hope for the common public which aspired to upgrade to a four-wheeler from a two-wheeler. Controversies though succeeded in throttling down the initial response of the car. Sales have been fluctuating for the past couple of years but it has never managed to really trouble….well anybody! However, things may still change. Thanks to Pelican!

Yes, as per Business Standard, that’s the codename of an upcoming car based on the Nano! Possibly powered by a new 1.0 litre petrol mill, Tata Pelican is speculated to be positioned between the Nano and the newly introduced Tiago. Moving ahead of the cost cutting measures used in the Nano, Pelican will try to bring in slight hints of premiumness.

The report adds that it can get bigger wheels, new exterior look (following the Impact design philosophy seen in the Tiago) and a bigger battery. In fact the Pune based manufacturer has even intimated its vendors so that they can be ready with the necessary parts as and when required. Like the Nano, even the Pelican is expected to be manufactured at the Sanand plant in Gujarat.

Tata has been trying hard to make the Nano work ever since its launch. At first they introduced a CNG variant in 2013 which was followed by the Nano Twist with power steering in 2014. Last year saw the introduction of an openable tailgate and an AMT gearbox. But can the Kwid and rediGo rivalling Pelican do it for Tata this time?