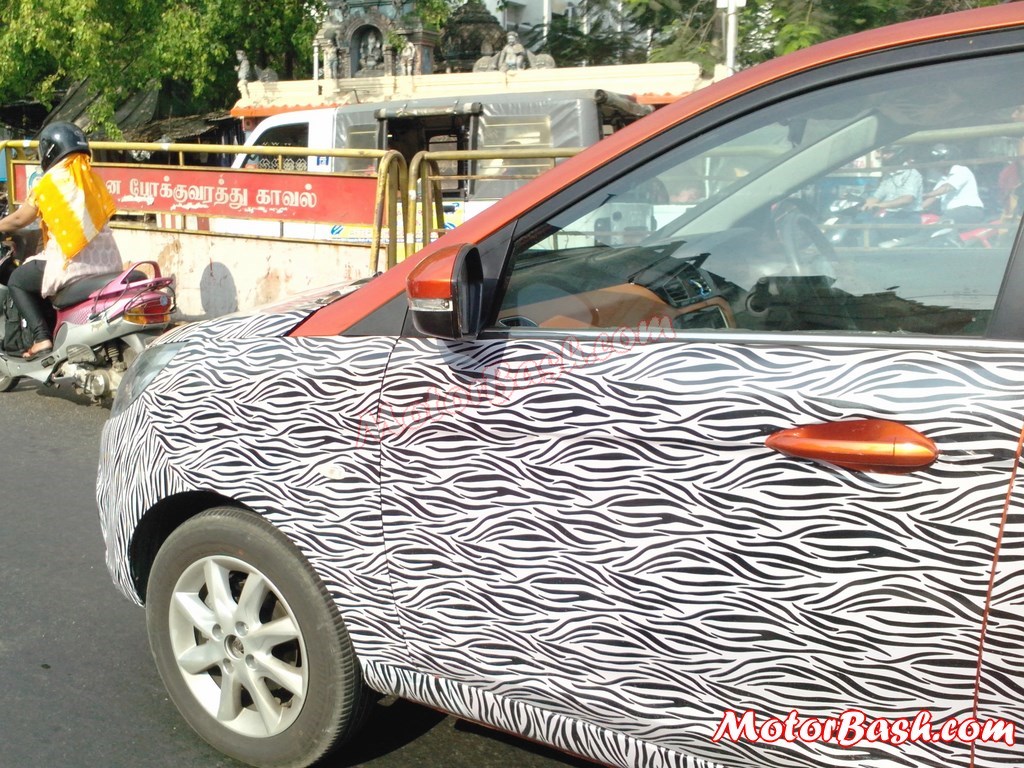 You have seen truck loads of spyshots of Tata Bolt running in complete camouflage with little or no revelation, including pics with dummy tail lamps. Here is something new and something refreshing!

What you see here are new spyshots of Bolt running with lesser camouflage and a mule which looks very close to production. These spyshots are shared by one of our avid reader Shakthi Vadivel, who spotted this upcoming Bolt slowing down near a traffic signal in Ashok Nagar in Chennai.

A careful observation of the spyshots reveal the following bits:

Introduction of Bolt signifies Tata’s move away from the traditional age-old christmas-tree design of tail-lamps. Look at the smaller and smarter fresh new tail lamps. Interesting to note that the rear windshield is not integrated into the blackened C-Pillar and instead a distinct glossy part has been placed in between. 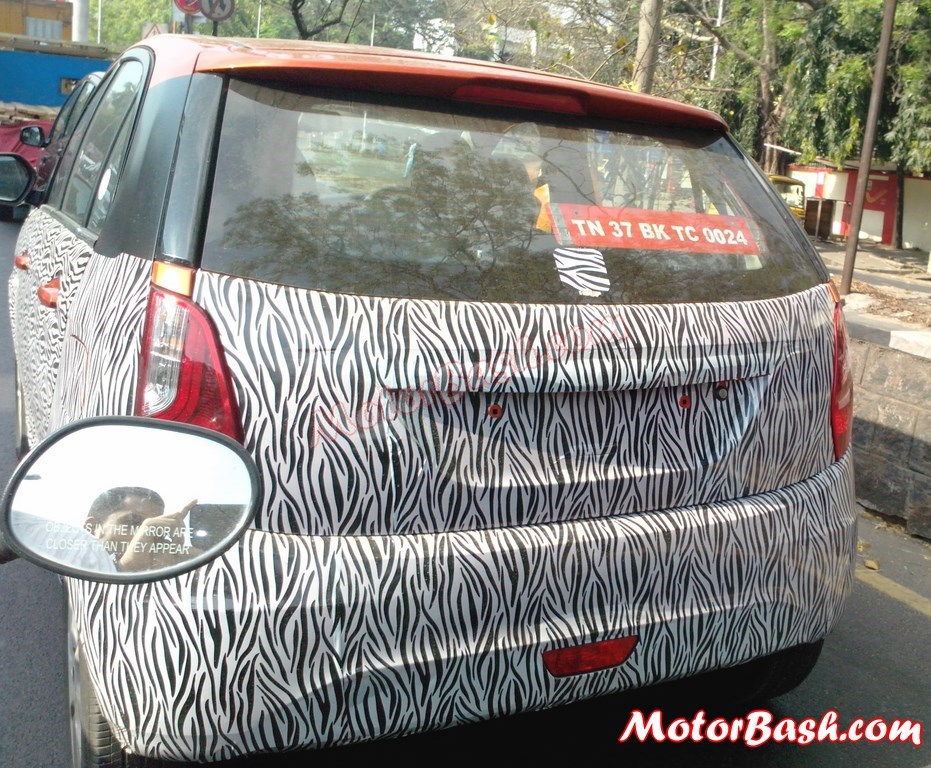 We can also sneak inside in one of the spyshots which reveal the sporty and colourful interiors (at least a few variants of) Bolt will come with. We can notice the orange coloured dashboard which should make matters exciting inside. The trapezoidal aircon vents also appear to carry some outline, possibly chrome. The left-side stalk is also visible as are the non-integrated seat head rests which also sport some bright colours. 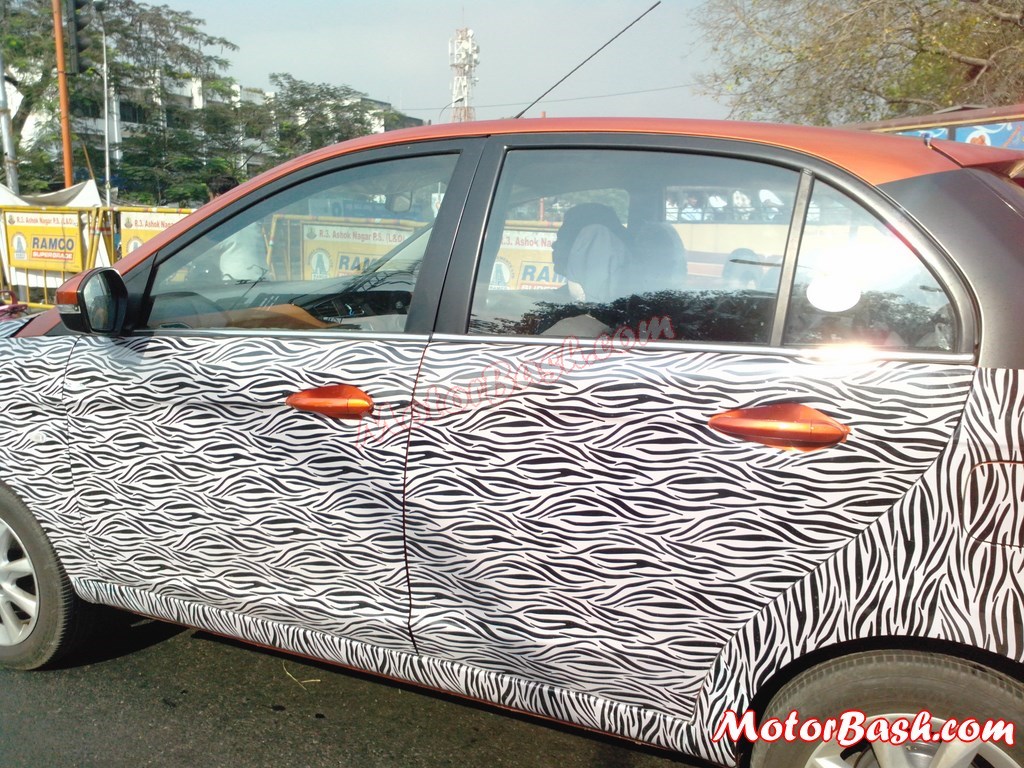 The colour of this mule is also orangish-red (Red because even EcoSport’s orange is called as Red Mars by Ford :D). This either means that this could be a special edition (colour) car since the Bolt display car which was used for unveiling did not have orange interiors or Tata intends to launch some bright colors on offer.

A lot of it is already known about the engines, for the starters let us re-iterate. Tata Bolt will come with the newly developed 1.2L Turbocharged Revotron petrol engine which produces 85PS of power and 140Nm of torque. And the same 1.3L 75PS/190Nm Multijet diesel will continue doing duty. 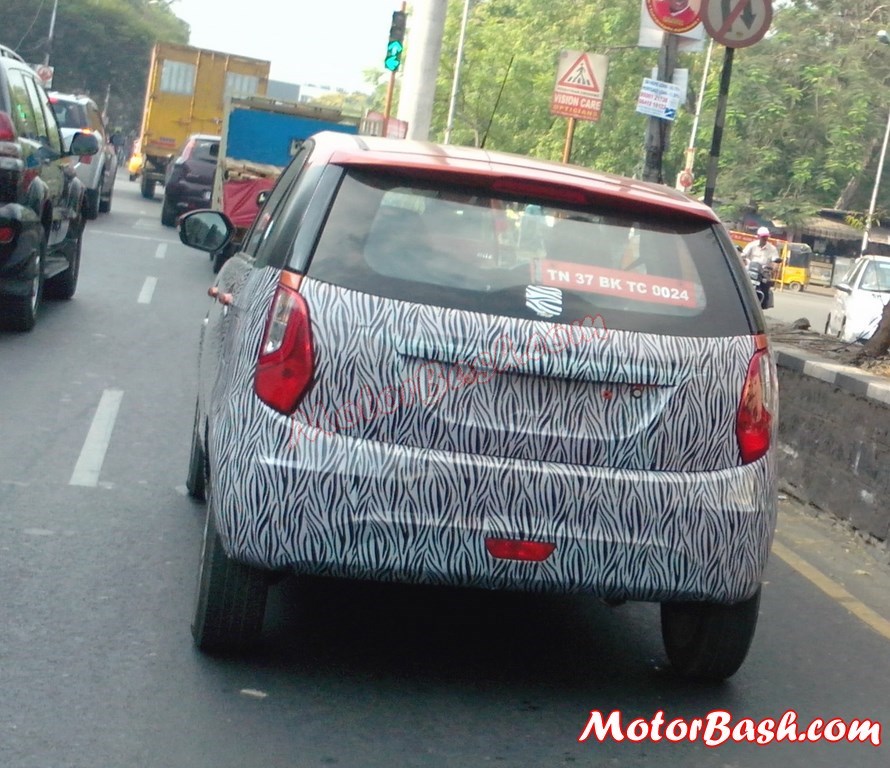 While there are a lot of speculations doing rounds but according to our sources, Tata may launch Zest by as early as June and Bolt a couple of months later. While Tata has already confirmed AMT for Zest diesel, in turn making it the cheapest diesel auto gear shift car in India, Bolt is also expected to carry that at some point of time.