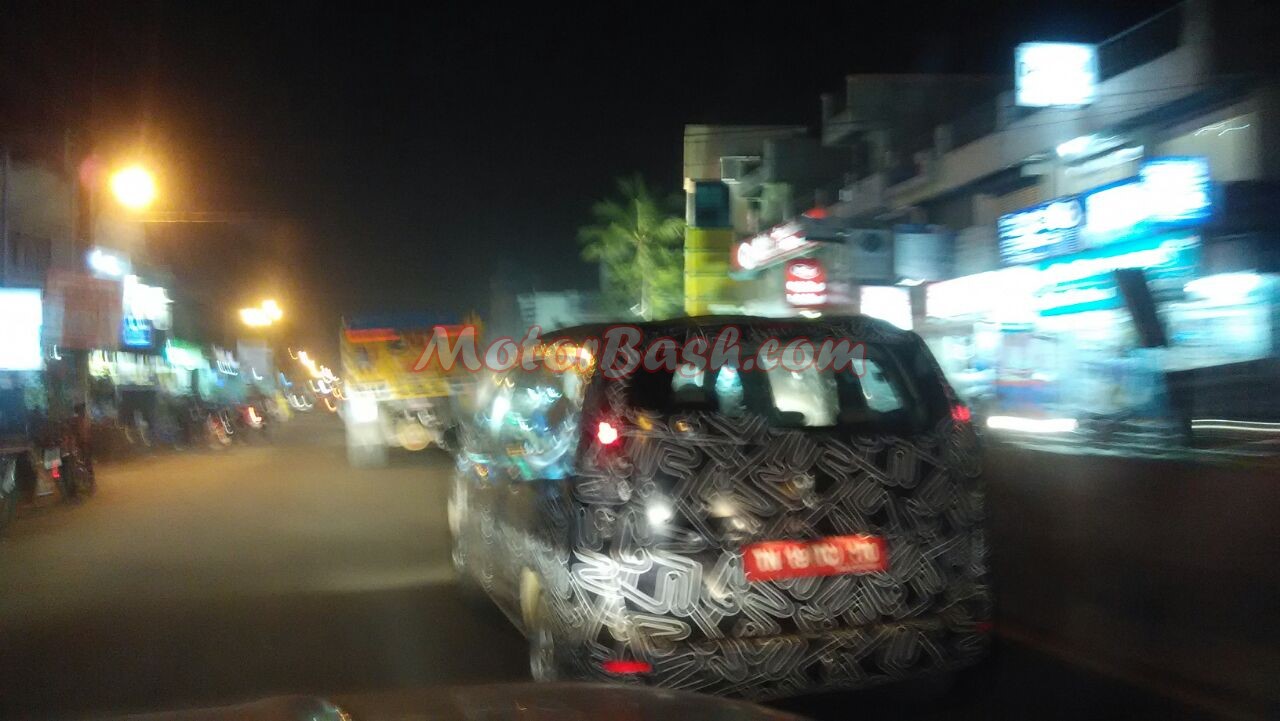 Renault’s upcoming 7 seater MPV, the Lodgy has been spied again this time by our team member Faiz Khan in Chennai. Extensive testing before launch in this interesting looking camouflage means that the French automaker knows what they are up against and have realized the product has to be spot on to make a dent in the segment!

The segment leader Ertiga and the Mobilio have established themselves, however, Chevrolet Enjoy and Nissan Evalia, in the same segment, slug it out for survival! 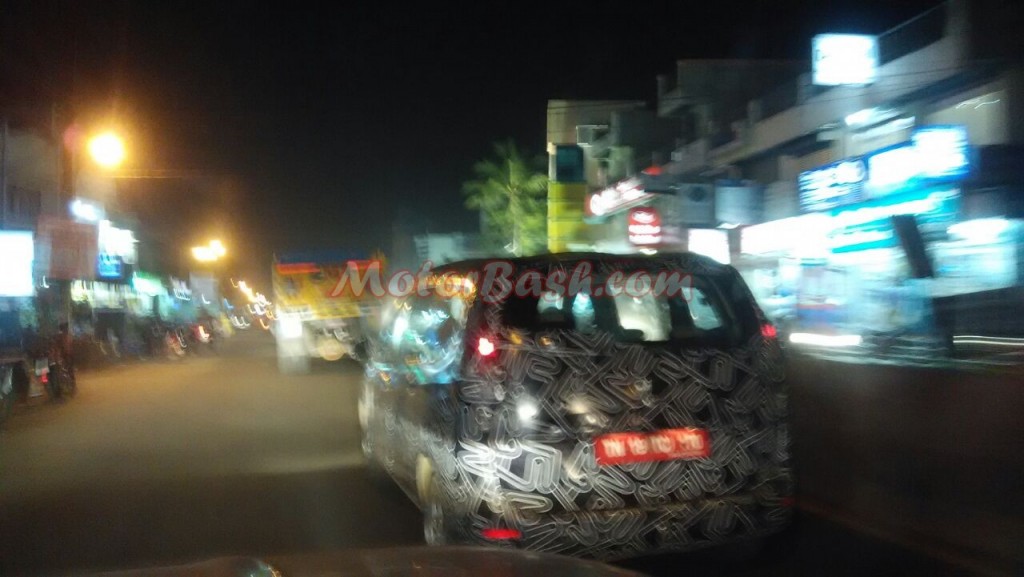 The rear portion of the car, as seen in these blurry spy pics, gives us a view of the rear window. The high set positioning of the rear tail lamps is a bit unconventional for the segment but they are not christmas tree arrangement, thankfully! Interior space is supposed to be premium thanks to its dimensions. 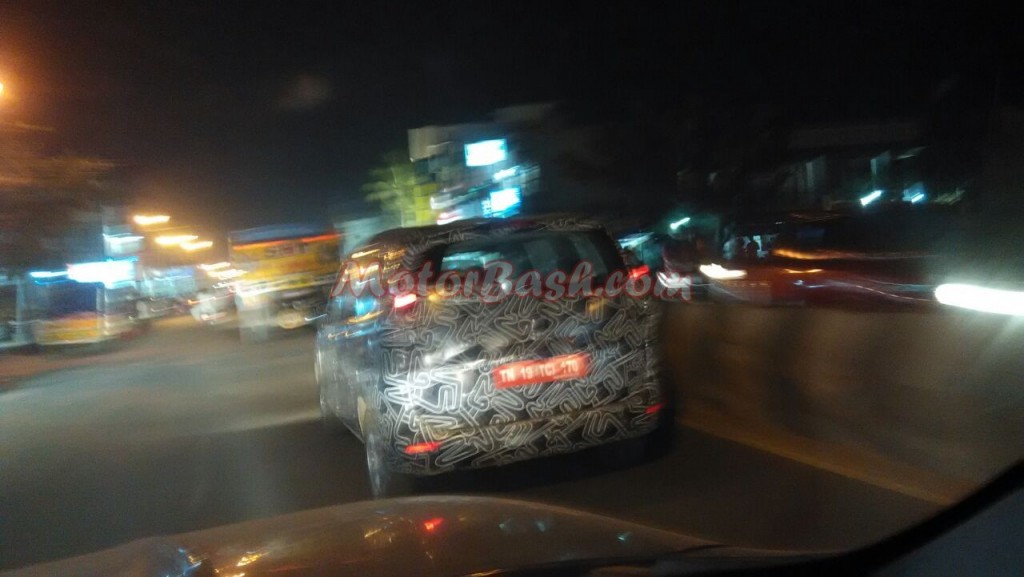 While the Ertiga and the Mobilio both get a petrol engine option, it seems unlikely at this point of time that the Lodgy too will get one. Instead, it may be offered only with the familiar 1.5L dCi diesel engine, which is expected in the 85PS tune on the regular variants and a possibility of the higher powered 110PS on the higher sporty model(s).

Just for your information, Lodgy is the first MPV to win the Andros trophy, the French national ice racing championship, back in November 2011. With a bit of modifications, the legend Alain Prost brought home the cup with a mid engined four wheeled drive Lodgy with a massive 3.0 L V6 engine.

Indian launch is expected within the next three months!