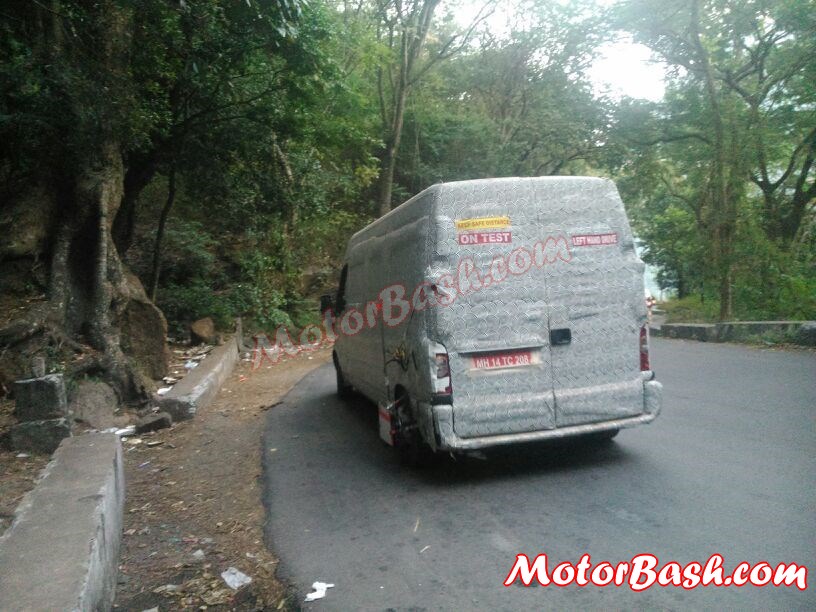 Tata’s Winger light commercial van was launched in India in 2007 and was based on Renault Trafic which is also known as Opel Vivaro, Nissan Primastar depending upon the brand it adorns. And now, it seems that Tata Motors has decided to lend their Winger a new incarnation and the basis of which is considered to be Renault’s Master.

The van, pasted up in what seems to be wall papers, was seen on the winding road leading down from the ‘Queen of Hill Stations,’ Ooty. A sagacious reader of MotorBash.com saw the test vehicle and brought out his HTC. The gentleman relates to us that he was asked not to photograph the vehicle and being courteous to the core he didn’t. He obliged them instead by taking the pictures while they were not looking. Thanks to his ingenuity, we have a couple (in fact three) shots showing the rear and rear-three-quart of a taller and bigger Winger following a snaking traffic downhill. 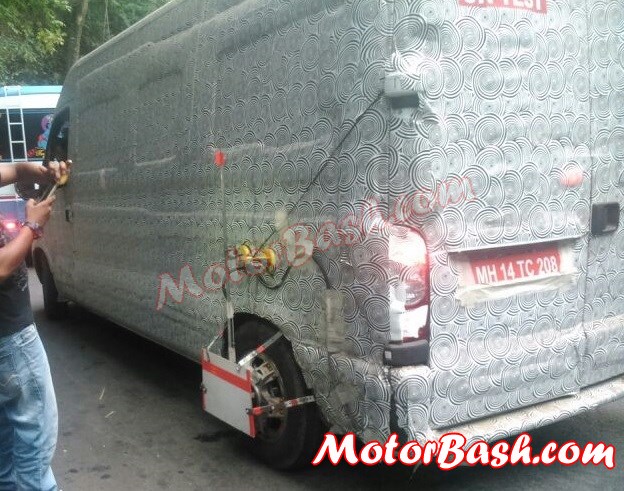 The pics you see here show a thoroughly camouflaged Left Hand Drive mule of the next-gen Winger which is fitted with some alien test equipment at the left rear wheel.Why is Tata testing it in LHD is unknown for now. But, based on Renault Master, new Winger will be bigger and larger and possibly with a higher seating capacity. This also gives us a sneaking bit about the possibility of Tata targeting the successful Force Traveller van with this. 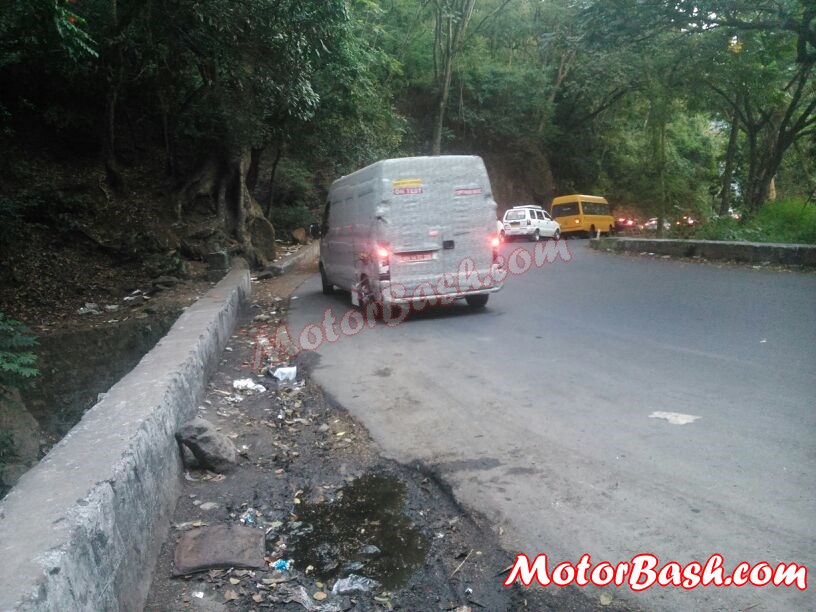 The Master based Winger, hence, may not replace the existing Winger altogether and instead complement it by being an elder sibling, possibly more spacious and luxurious. We expect the launch within 2014 or in the worst case 2015.

Not many details, including what engine options will Tata use, are known at this time. But this is an interesting revelation in the relatively lesser-competitive Van-segment.