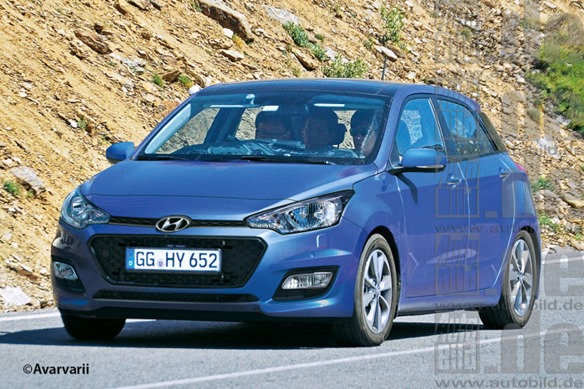 A German Automotive Blog, Autobild.de, has published a few speculative renderings of the 2014 Hyundai i20 based on all the spyshots that have cropped up on the interweb till now and there have been a lot of them!

Going by all the earlier spyshots, the 2014 Hyundai i20 is currently undergoing test runs in many parts of the world. It has also been caught testing in India (Check spyshots here). All the test mules spied till date were well-clad in camouflage, and hence didn’t give away much about the specifics of the design theme.

However, one thing has emerged clear that the 2014 Hyundai i20 appears to be significantly larger in proportions as compared to the current version of the Hyundai i20.

The car features the trademark Hexagonal Hyundai Grille. The changes in the renderings as compared to the current edition include a larger air dam and bigger fog lamps. The headlamps are sharper, and it lends the car much more menace.

In profile, we get to see more sleekness rather than brawn. There is a hint of puffed up wheel arches, albeit only above the front wheels. There are couple of definitive creases which accentuate the rising windowline. Other features lending class are the falling roofline accompanied by a thick, darkened C-Pillar. 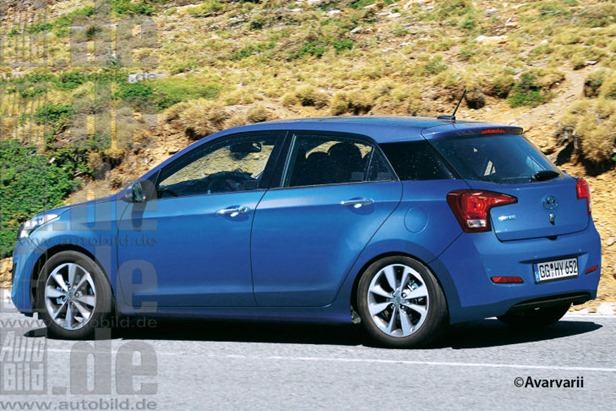 We can’t stop gushing over the rim design; they are sporty!! Hyundai says they are diamond-cut alloy wheel design pattern.

Spruced up looks continue at the rear too, thanks to a boomerang-like tail-lamp cluster with integrated LEDs. It is expected that the interiors will be plusher as compared to the current offering.

However, the engine options could remain the same. They may be retuned for better efficiency and enhanced driveability though.

The Hyundai i20 is expected to be launched sometime next year. Keep tuned to us as we try to unearth more details on the 2014 Hyundai i20.

Check All Spottings of Next-Gen i20