If you thought, Indica is down and out from the race, here is a proof that will make sure you are proved wrong, mighty wrong! Along with Indigo eCS facelift, these first ever pics suggest that Tata is also preparing a refresh of their Indica eV2.

With this, it also becomes apparent that Tata Motors has plans to refresh all models in its lineup, probably before venturing out a few all-new products including the compact SUV that the company intends to launch within 12-18 months. Along with these spyshots, Team-Bhp reports that the new Indica eV2 will come with the following features/changes:

While the 1.4L 70PS/140Nm CR4 diesel engine will continue to propel the car, unconfirmed reports also suggest that it may get a few tweaks to make it more driveable and possibly fuel efficient. Tata Indica last made waves across the nation when the company claimed 25kmpl of ARAI certified mileage. 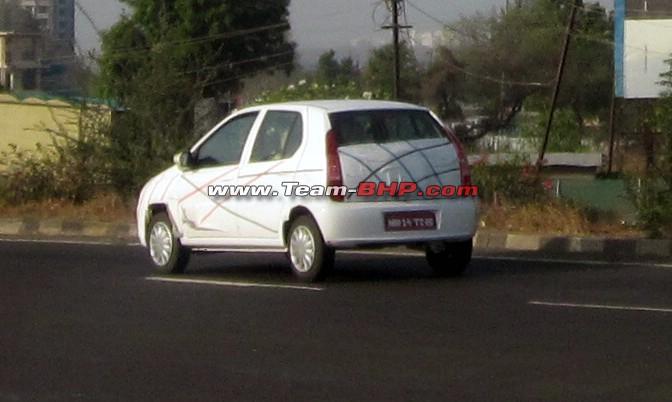 According to the report, launch of this eV2 facelift is expected towards the end of June. Meanwhile, Tata is all set to launch 3 refreshed cars on 19th June in India. Two of which we know are the 2013 Tata Nano and the Indigo eCS facelift; the third one is unknown. Will this be it?