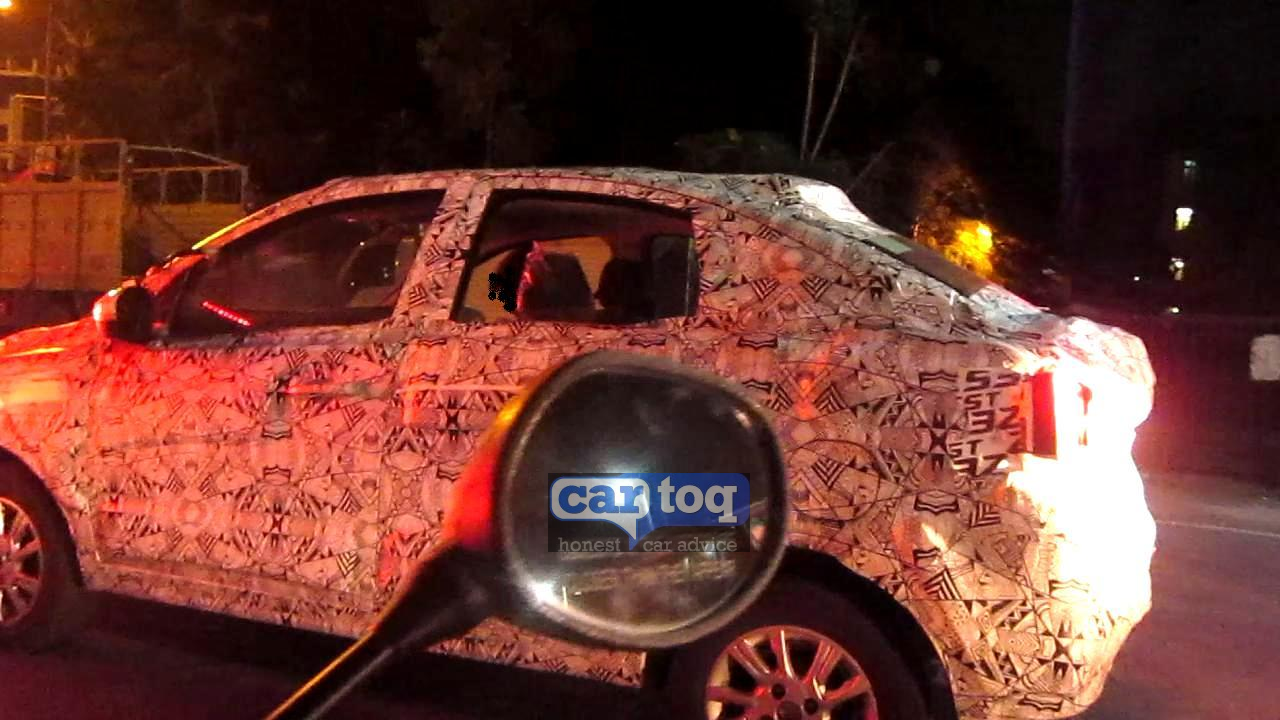 Baffled or not, Tata is on a new-car launch frenzy and has plans to replace almost all its current cars with refreshes or all-new models. Apart from a list of other cars and the new small hatchback, for the first time its Kite-based compact sedan has been caught testing in Pune by the folks at Cartoq.com.

Do not mistake the car as Zest as it will a different car on a different platform. Kite hatchback has already been snapped a few times earlier and this new Kite-based sedan will be placed under Zest. If you read our last story, we have reported that though Manza will be discontinued completely, Indigo eCS will continue to be on sale. This new Kite-based sedan should be the car that will eventually replace Indigo eCS as an entry level compact sedan offering.

Now, the most interesting bit here is the silhouette of the spied test mule which looks a lot coupe-ish coupled with a tall-boy design. The driver seems to have adequate headroom  and the rear tyres, pushed more towards the end, make it look a lot bigger than it will actually be.

The slanting rear pillars end up in a small protruding boot. This Kite-based compact sedan will be smaller in length than Zest and will come with lesser features. There have been reports that Kite hatchback will be powered by a new 1.05L 3-cylinder 65PS/140Nm diesel engine and hence, it is a possibility that this sibling sedan will also share the same motor. There will definitely be a petrol engine, but we, at this moment, have no clue on how big will it be. 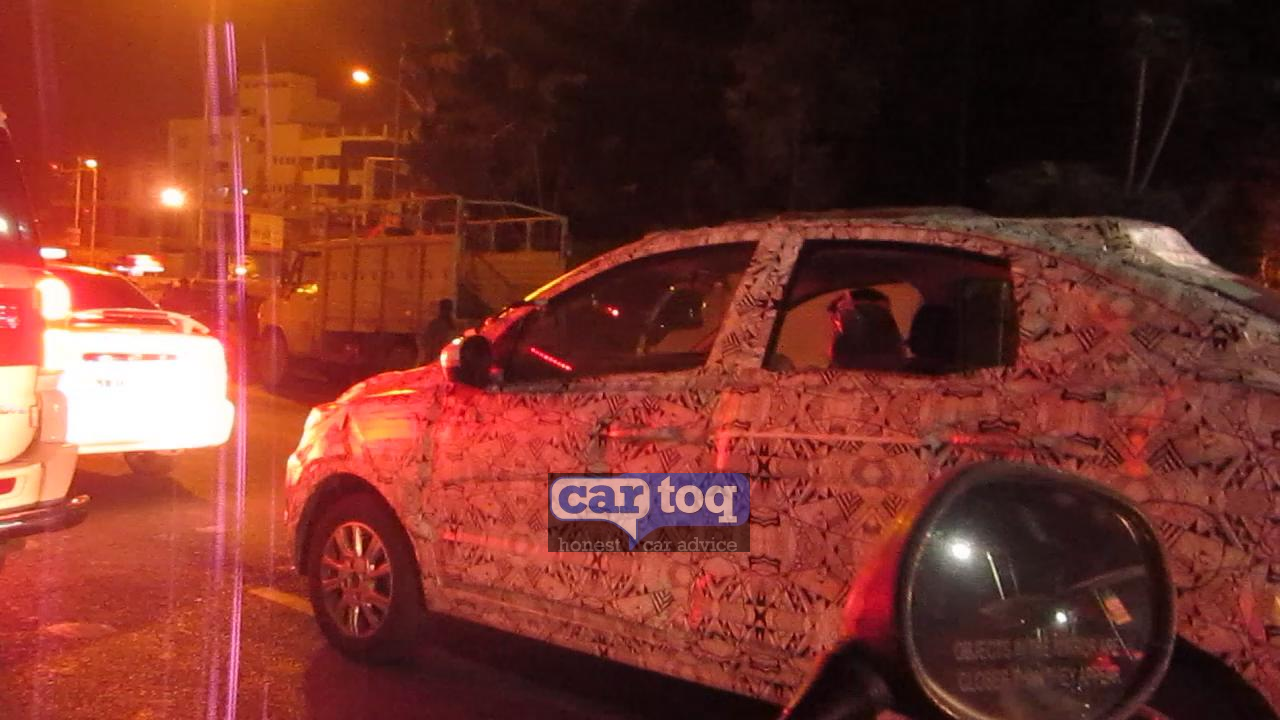 Considering Zest’s prices, we just fret at the possible sheer pricing of this new sedan and if the end-product is at par with our expectations, we may be looking at a car which can bring in tons of volumes for Tata, which needs them badly! Launch may be towards the end of next year or early in 2016.