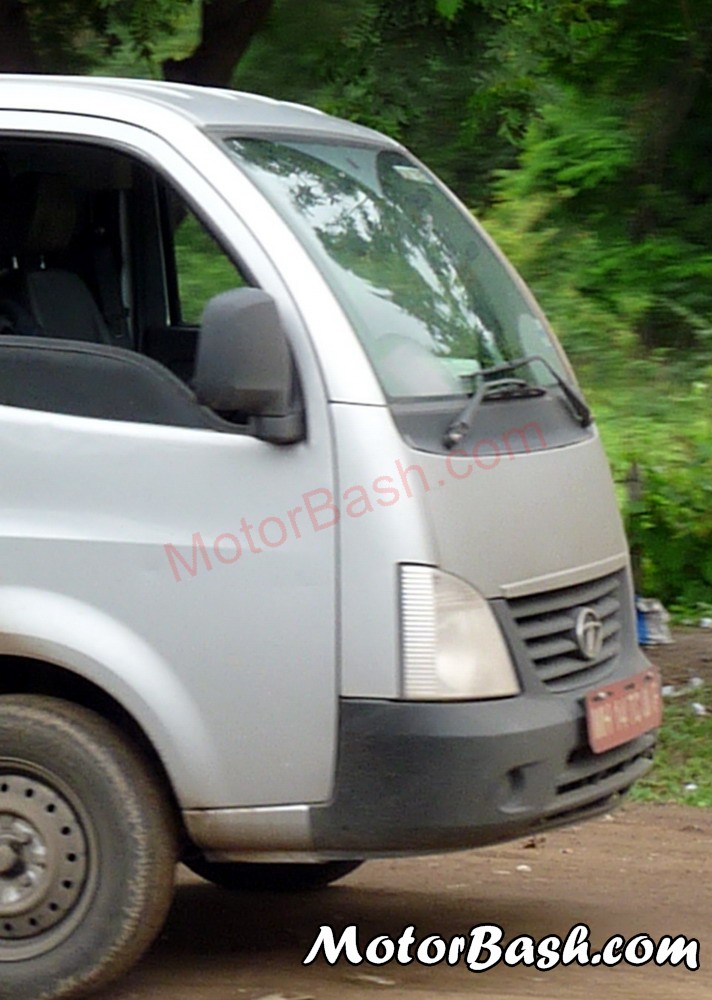 Tata Motors launched the Venture MUV back in early 2011. Despite possessing a diesel engine and seating of upto 8 people, Venture did not do as good as it was expected.

The current Venture is powered by a 1.4L turbo diesel engine which pumps out 71PS and 135Nm of power and torque respectively. There is also an entry level variant which churns out 50PS of power output.

Now we have strong speculation of a Tata plonking its latest CR4 diesel engine on this van which has been applauded by the masses for its frugality. Quite naturally, it would be the 1.4L CR4 engine from Indica/Indigo that Tata would be powering the new Venture with.

We spotted this ‘On Test’ Venture on the outskirts of Pune a few days back and there are strong chances of this mule carrying and testing the CR4 mill. There are hints that Tata might launch the new CR4 powered Venture before or around Diwali this year.

More details would pour in as time progresses but we do not expect any major price revisions to the newer variant if any considering that Tata has already been producing it in mass for its Indica/Indigo cars.

2 thoughts on “Scoop: Tata Venture MUV Caught ‘On Test’; Is it the CR4 Variant?”