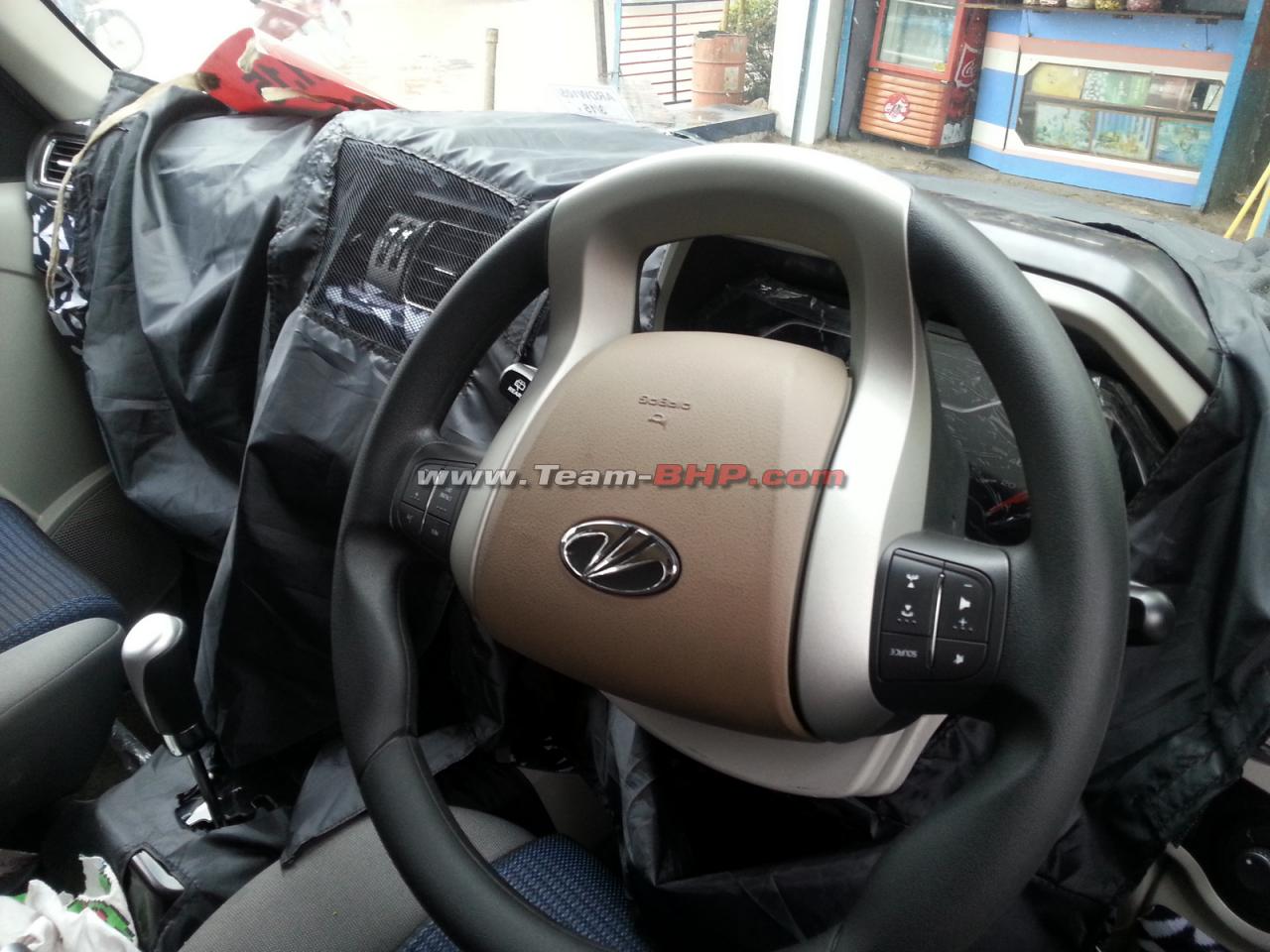 The facelifted Scorpio Automatic is expected at the Mahindra stall at the Auto Expo 2014 starting next month. The second generation Scorpio has got another tuck-and-nip job just before the launch of its next generation model some time in 2017.

A variant of the facelifted Scorpio with automatic transmission is the latest mule caught testing in the real world by Team-BHP.com reader Rahul Surve. This popular SUV from Mahindra, as seen in the spy shots, appears to have had a rather lengthy surgery. The interiors are redone. Gone are the soft, rounded looks of vents and displays and the entire dash now seems to have got a squarish and angular theme to it, which befits the masculine look Mahindra intends to render the 2014 Scorpio with.

On the other hand, the new automatic gear shift lever does exactly the opposite. The spindly stalk on the lever might look at home in a chic GT, on this beefy SUV, it looks jarring.

Continuing on the inside, the twin pod instrument cluster has done away with soft lines and is now more angular. More importantly, the speedo, calibrated to 180 kmph, has been repositioned, and correctly so, to the right-hand side of the cluster. The steering wheel retains the same 4-spoke design with audio and other controls on them, but it now comes with ergonomic thumb rests and what looks like brushed aluminum on the lower two spokes (could be plastic; hard to tell by the photograph). But you must have noticed that it shares a lot in common with the elder brethren XUV5OO. 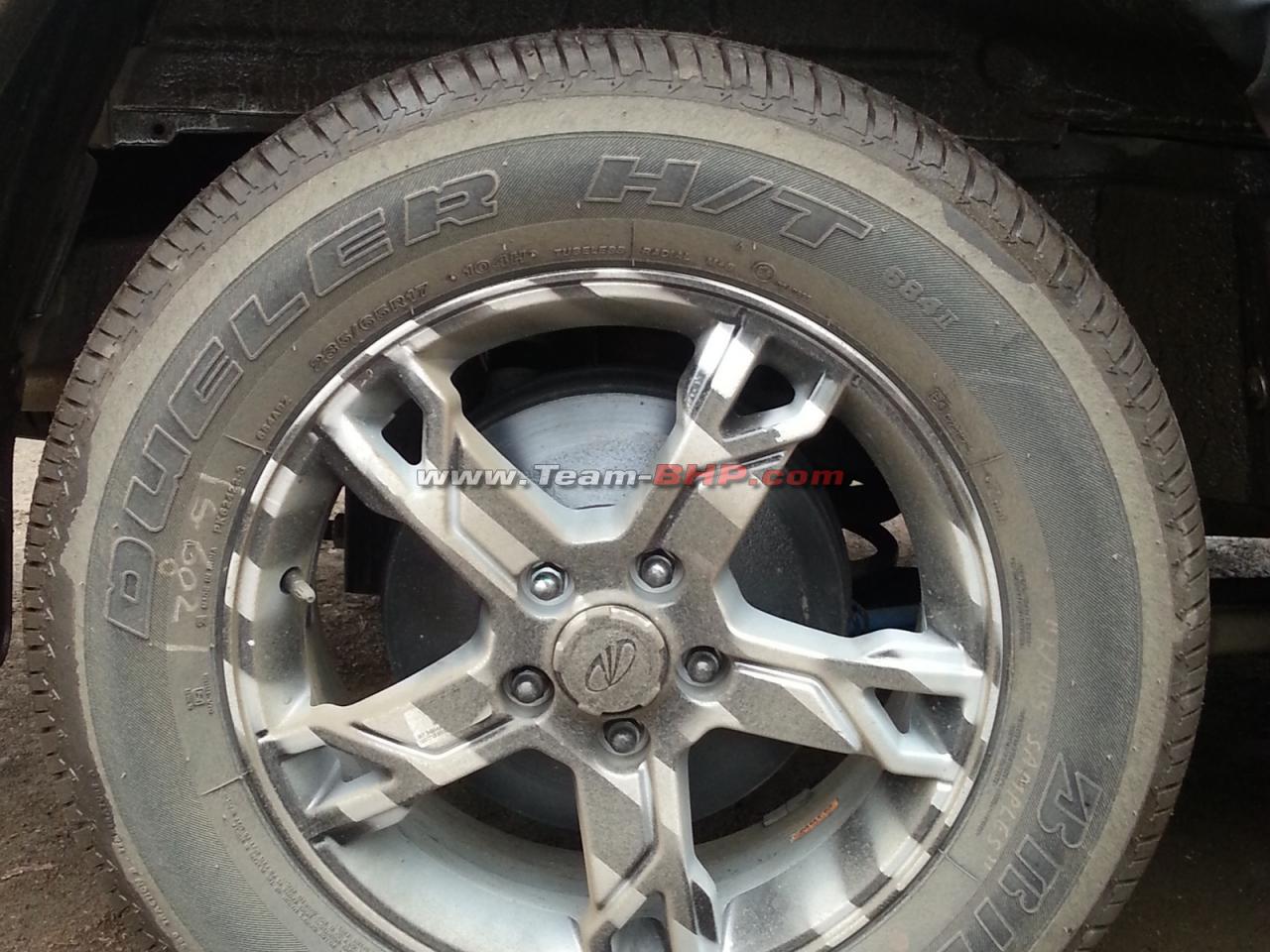 Interior definitely seems to have improved upon but for the grouch regarding the unbecoming gearshift lever.

The exteriors are expected to retain the boxy, squarish theme and are expected to have projector headlamps and a redesigned grille, and remodeled bumpers both fore and aft. Tail lamp cluster is also expected to go through a makeover. However, the bigger change we notice here is the presence of 17 inch Bridgestone Dueller HT tyres (with ‘Samples’ marked on it) along with new alloy wheels. So, is this the new VLX AT variant? 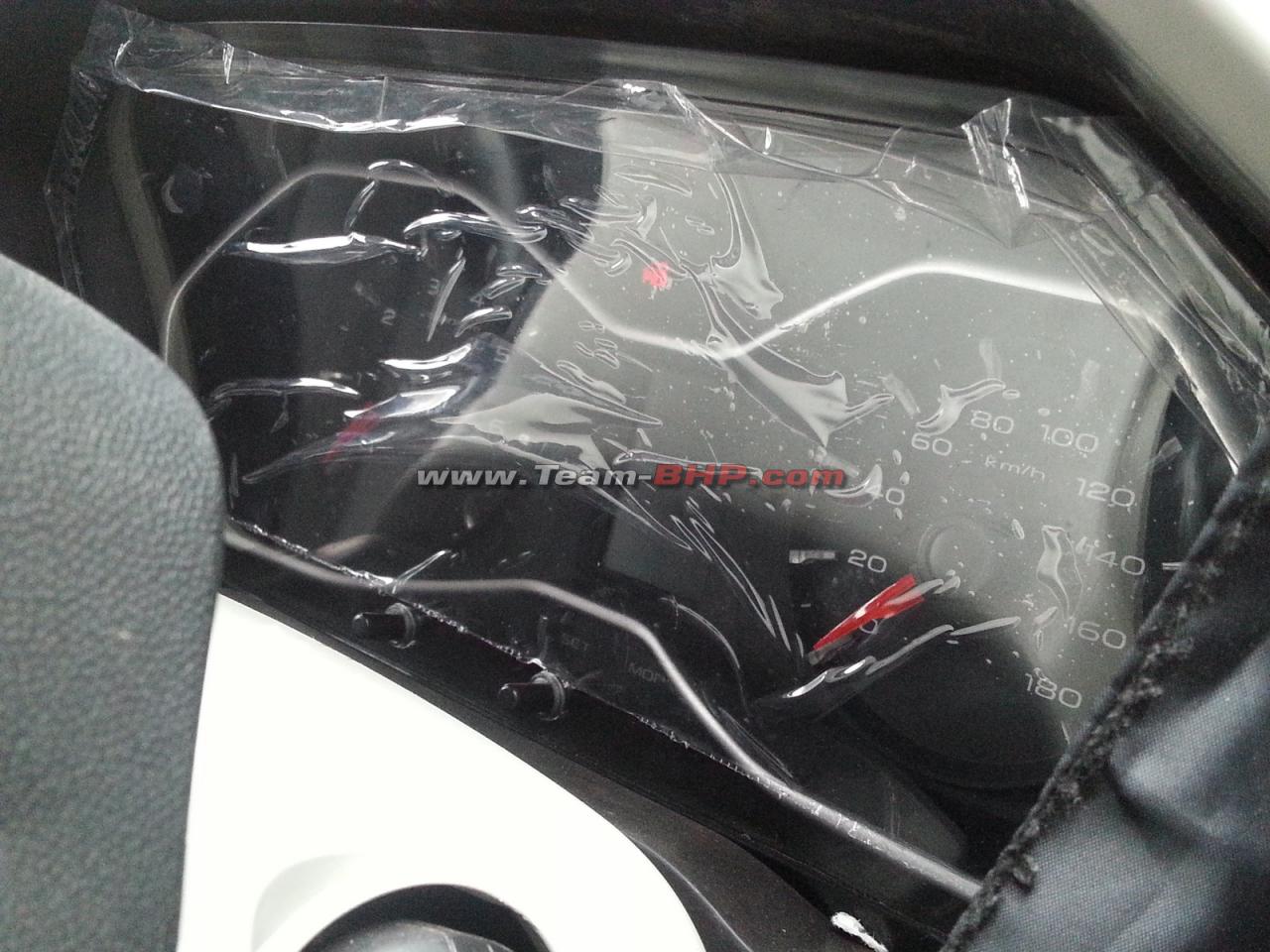 The grunty 2.2 litre mhawk CRDe will remain. This intercooled, turbocharged engine is good enough for 120bhp and 290Nm and comes married to a 6-speed electronic automatic and a 5-speed manual transmission. Mahindra will also offer the lower powered 75PS diesel engine which is currently sold in the ‘EX’ trim. 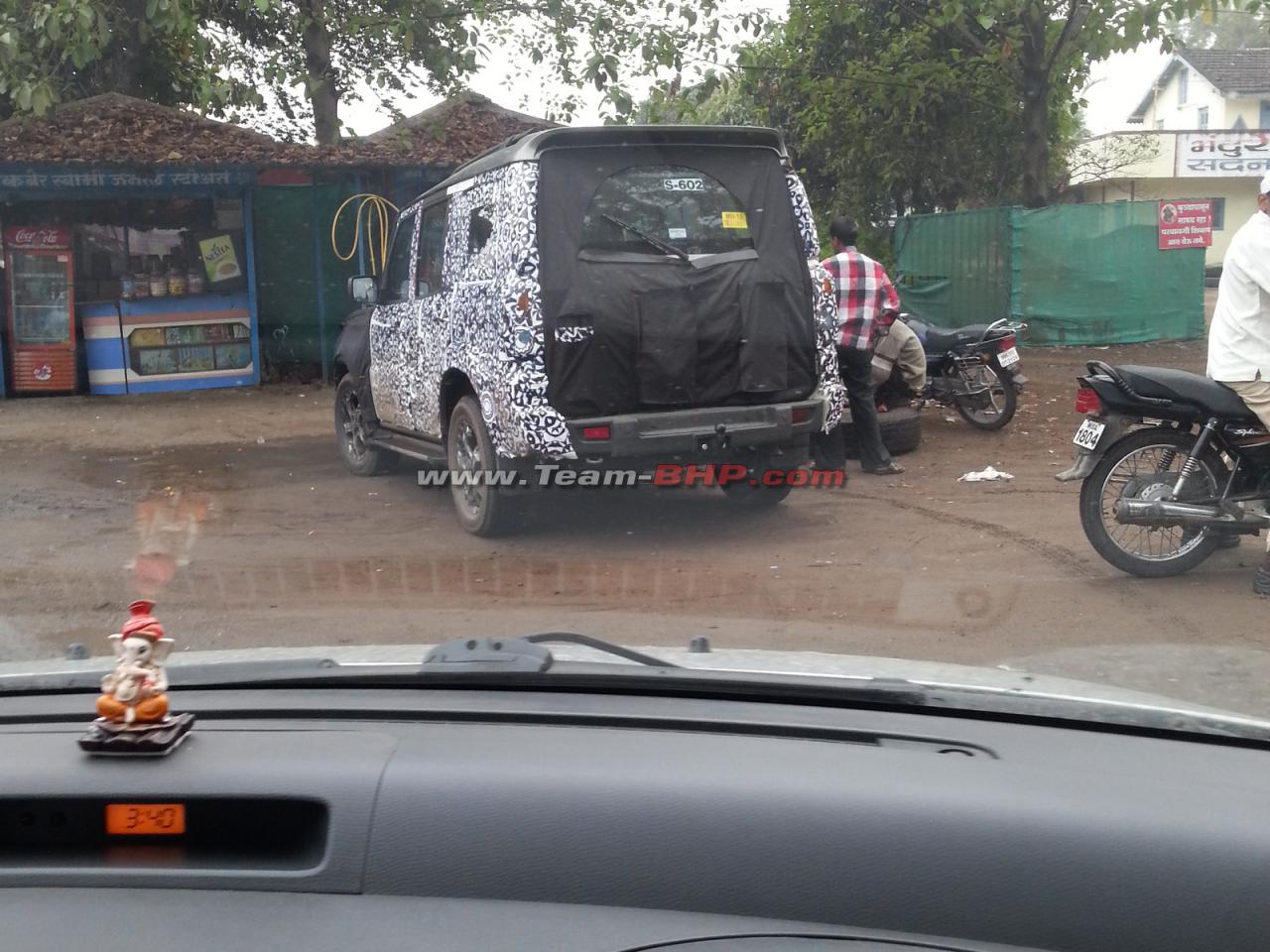 Scorpio has already been a darling with the SUV lovers and with a new updated model in the works, which is expected to iron out majority of issues the current Scorpio is marred with, it is all set to become another success for Mahindra in the coming times. Obviously, price and actual revelation of features/changes will decide a lot. Well, the launch is expected in June 2014.

Also Check Out: Mahindra XUV500 Facelift in the Works; 7-8 New Variant Launches in 2014