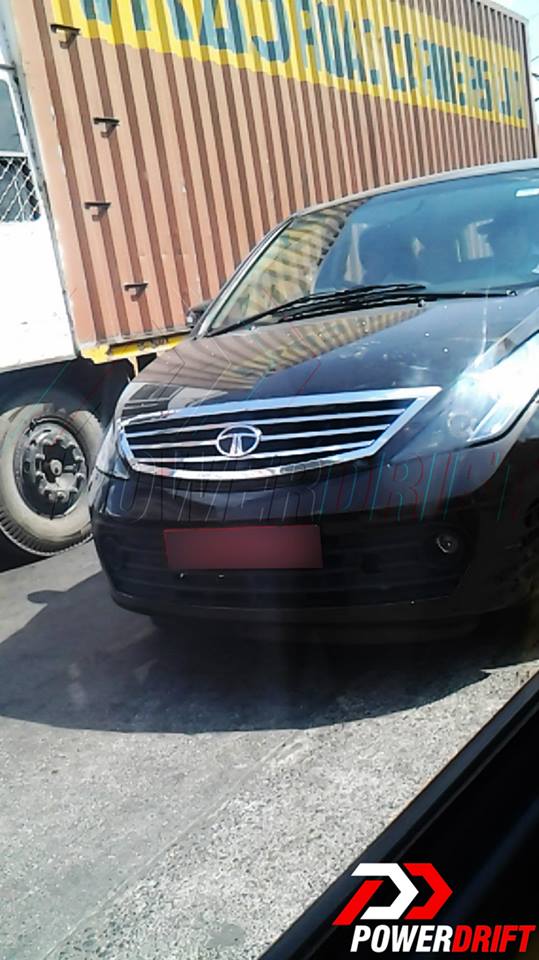 Indian readers got the first hints of what’s cooking up at Tata for Aria back in February this year when we shared spyshots of an Aria test mule which was caught with smoked headlamps and at a later date with revised tail lamp cluster.

We have been building upon the developments by sharing exclusive spyshots of the crossover with all our readers. A few days back we spotted the test Aria with a Duster which suspected might be an analysis vehicle. In a latest, Powerdrift shares these latest images of a black mule of the 2013 Tata Aria facelift which reveals the cosmetic changes the car will adorn in its next avatar.

Of what we know, the 2013 Aria will come with refreshed headlamps which will have clear lens side blinkers as well as smoked outer glass to add to the sportiness of the car. Tata will also refresh the tail lamp cluster by providing white/transparent side blinkers and reverse light in comparison to the single dark current theme. The tail lamp cluster also gets a chrome outline.

Tata has officially showcased the new 2013 Tata Aria at the Geneva Auto show and in its new avatar, it produces a higher 155PS (from the current 140PS) of power output along with a humongous torque of 400Nm (from current 320Nm) from its 2.2L DICOR motor. Apart from the manual transmission, there is the introduction of a 6-speed Automatic gearbox as well. (More Details) 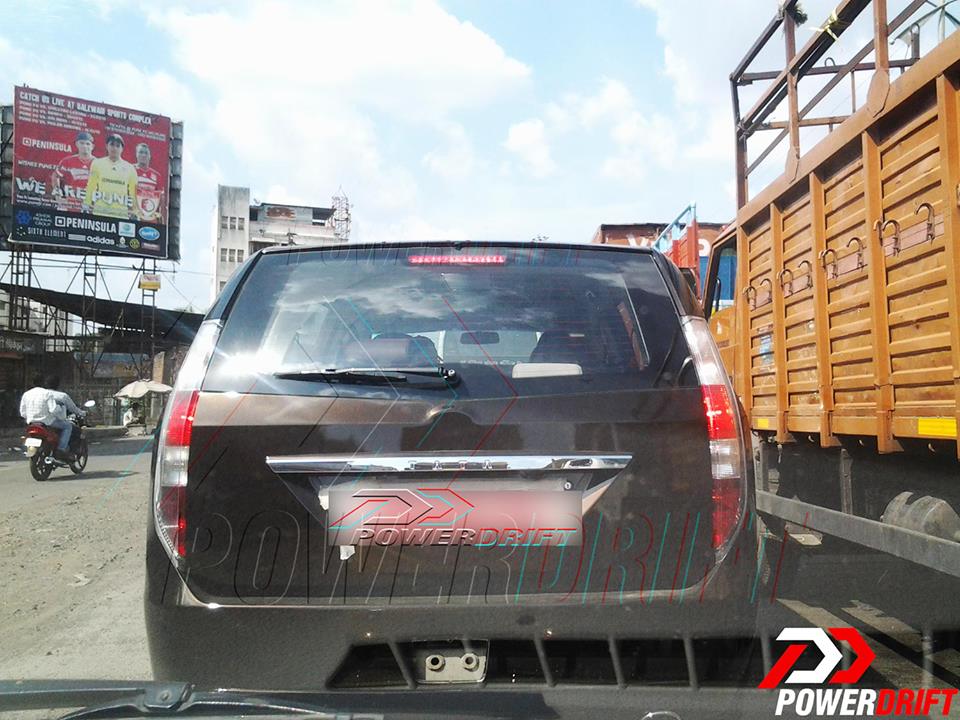 We expect the 2013 Indian Aria to adorn all these technical changes as well along with the cosmetic ones we have talked about. Launch of the new Aria should happen soon as the car is just down and out of the game currently. Tata has, in fact, hinted at a price correction for the new Aria as well.