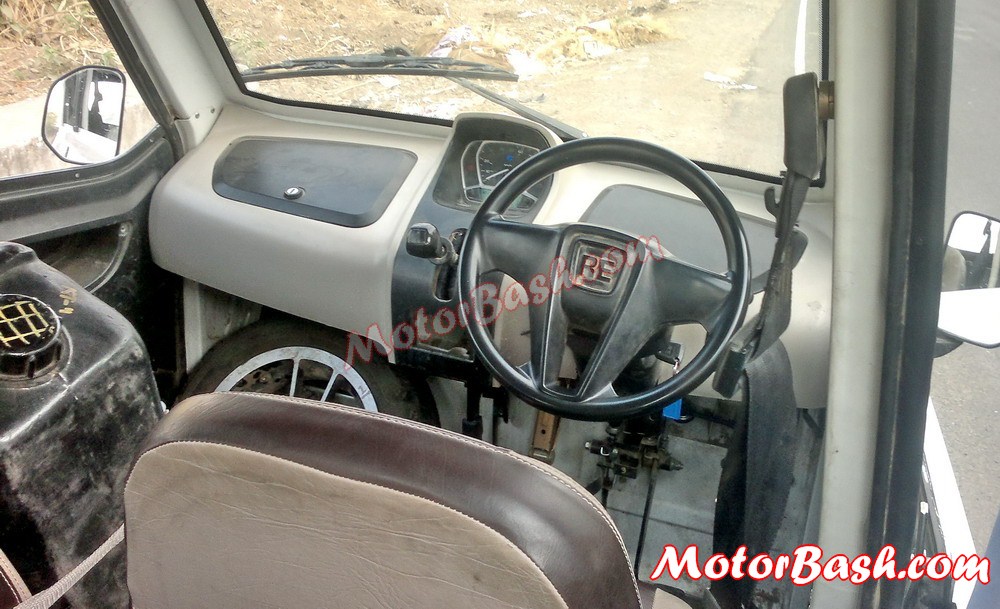 Yesterday would have been Bajaj’s day as the government of India approved a new segment of vehicles called as ‘Quadricycles’. The first advantage of this move goes to Bajaj which is busy preparing their first ever four-wheeler RE60. 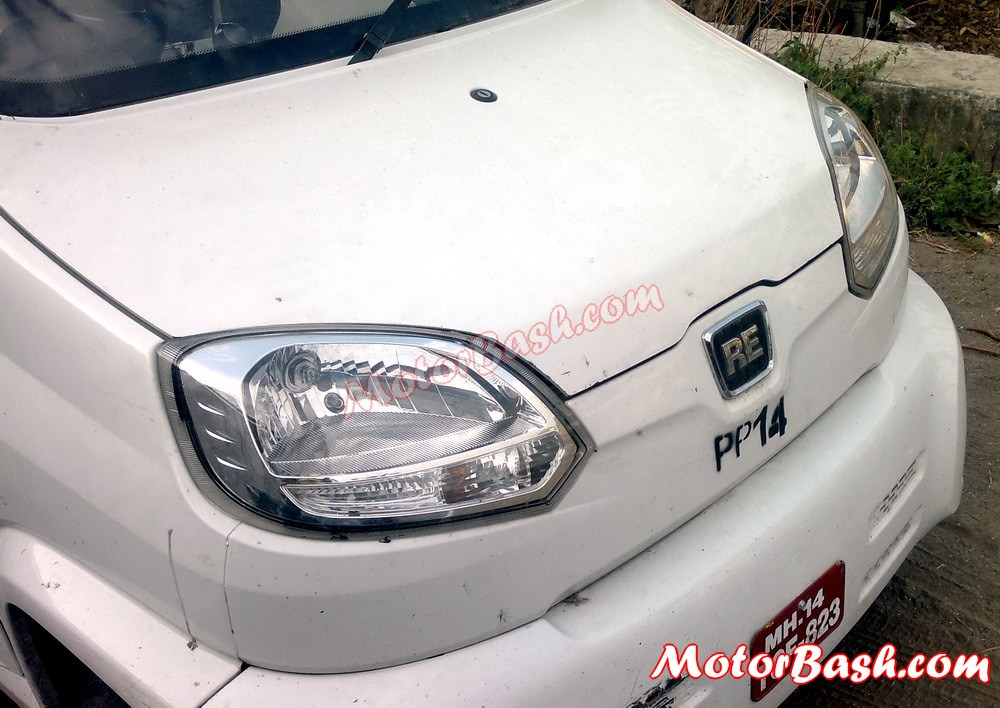 We have shared a few spyshots of RE60 with you already, but this is for the first time we are sharing its interior shots. The quadricycle remains pretty basic from the internals as well. It carries a centrally mounted console which appears to carry a speedometer along with fuel gauge and basic indicators.

The gear lever is mounted on the dashboard and on either sides it carries lockable glove boxes. The steering wheel pronounces RE and looks better then Chevrolet’s Sail (or doesn’t it? You decide! ;)). The light colored seats do not carry head rests and appear to be wafer thin. We can see loads at the front and rear mimicking passengers. It also carries basic seat belts and front wiper (which is a mandate for a quadricycle).

But one thing appears to be good, the airy interiors don’t look claustrophobic and the driver has a nice wide view of the front. We have already talked about its outer appearance. For the first timers, this is not a car but an upgrade to an auto rickshaw or a passenger carrier on four wheels. It is safer, better looking and has more space than your regular ricks plying on our roads.

Bajaj RE60 is powered by a 200cc 4 valve DTSi petrol engine which Bajaj claims has ultra low emissions of 100gms CO2 per kilometer. Bajaj also claims that RE60’s best mileage so far has been 35+ kmpl and it is fuel efficient because of its limited 450kgs of kerb weight and minimal frictional and transmission losses. 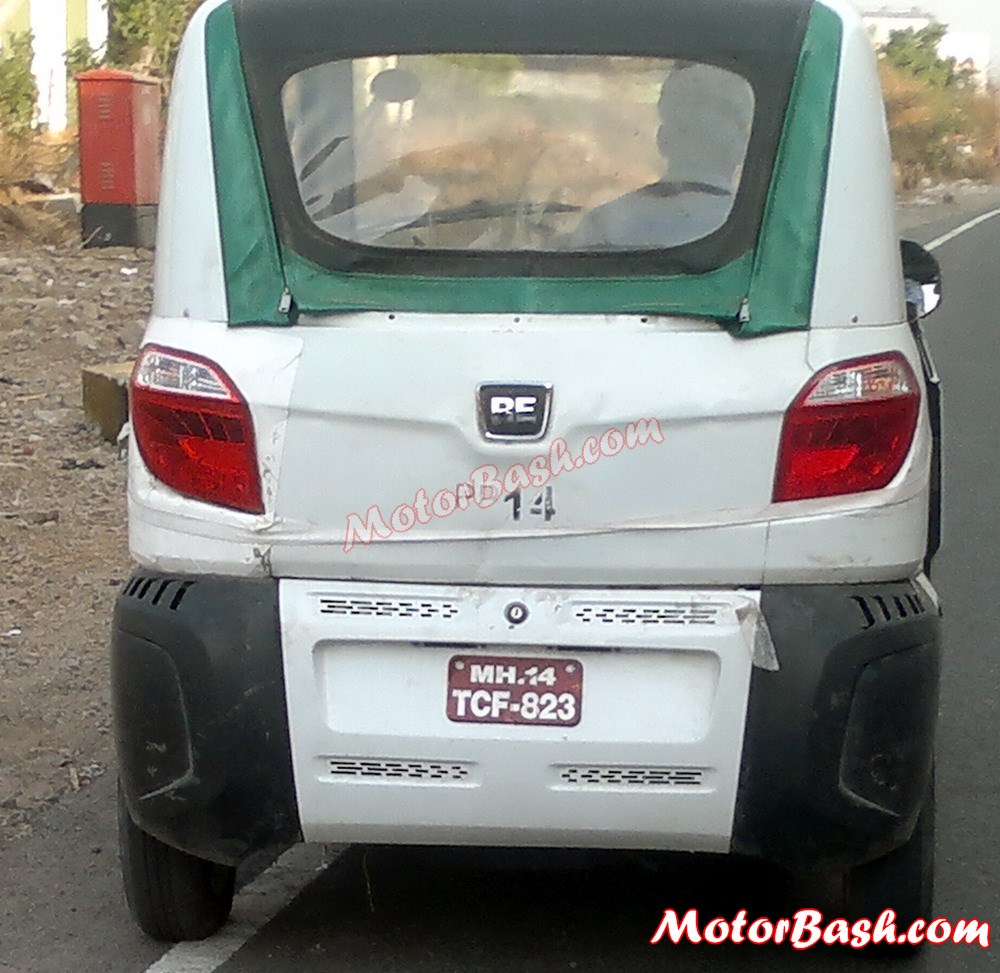 Maximum speed of RE60 is 70kmph with a short turning radius of 3.5 meters. It measures 2750mm long, 1310mm wide and is 1650mm high and has a seating capacity of 4 including the driver. Bajaj would be hurrying up to bring it to the market and expect a launch towards the second half of this year.

Read More About the definition of Quadricycles.

4 thoughts on “SPIED: 35kmpl Bajaj’s RE60 Quadricycle Snapped Inside Out; All Details”