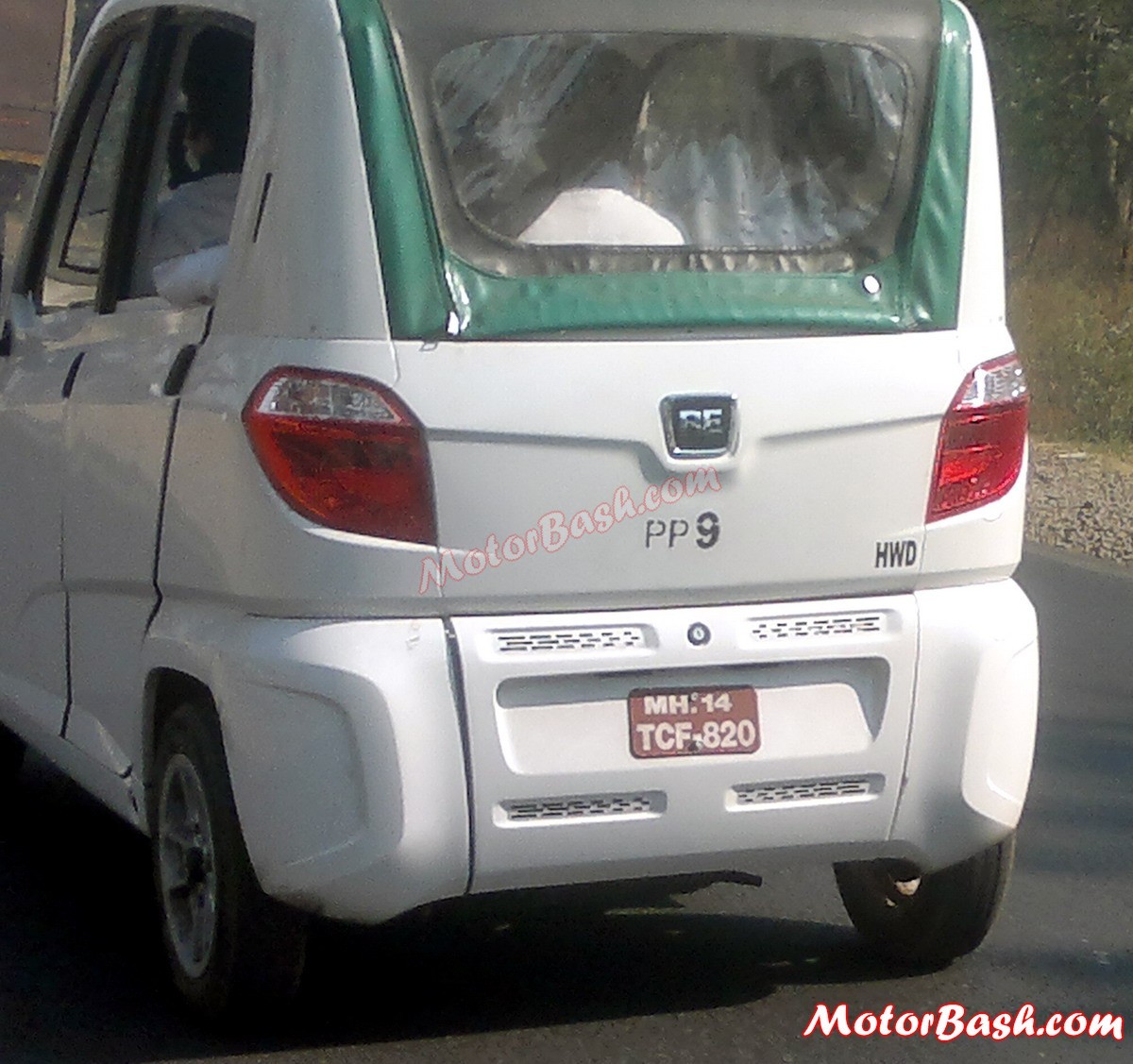 So, if you thought Bajaj has taken the RE60 project to slumber, here we reveal that the project is very much on and after a few spottings in camouflage, we reveal uncamouflaged pics of RE60.

Bajaj unveiled RE60 at this year’s Auto Expo held at Delhi. In fact RE60 was the only product Bajaj was present with. Since its first official glimpse, there have been a lot of rumors and speculations about the possibilities and its competition with Tata Nano. To clear the misconception, Bajaj has been calling RE60 a people moving 4-wheeler rather than a car. RE60 is meant as an upgrade to Auto Rickshaws and is not really a vehicle for people aspiring to own their first cars.

This fact takes us away from the Nano and our scoop also talks more about it. Back in May, Mr S. Ravikumar, Senior Vice President at Bajaj Auto revealed that the RE60 would be launched by the end of this fiscal.

Turning our attention to the scoop we have in hand, it reveals that the RE60 has shed its camouflage off and this white colored mule was scorching through at the outskirts of Pune. There were 4 Bajaj officials astride including the person driving. The space looked jam-packed with not much place to put anything else. The rear makes do with a presumably lift-able soft hood instead of rear glass. There was a single wiper to clean the big front glass. The vehicle was moving fairly swiftly without any kind of big clatter we are used to hearing on other similar commercial vehicles. 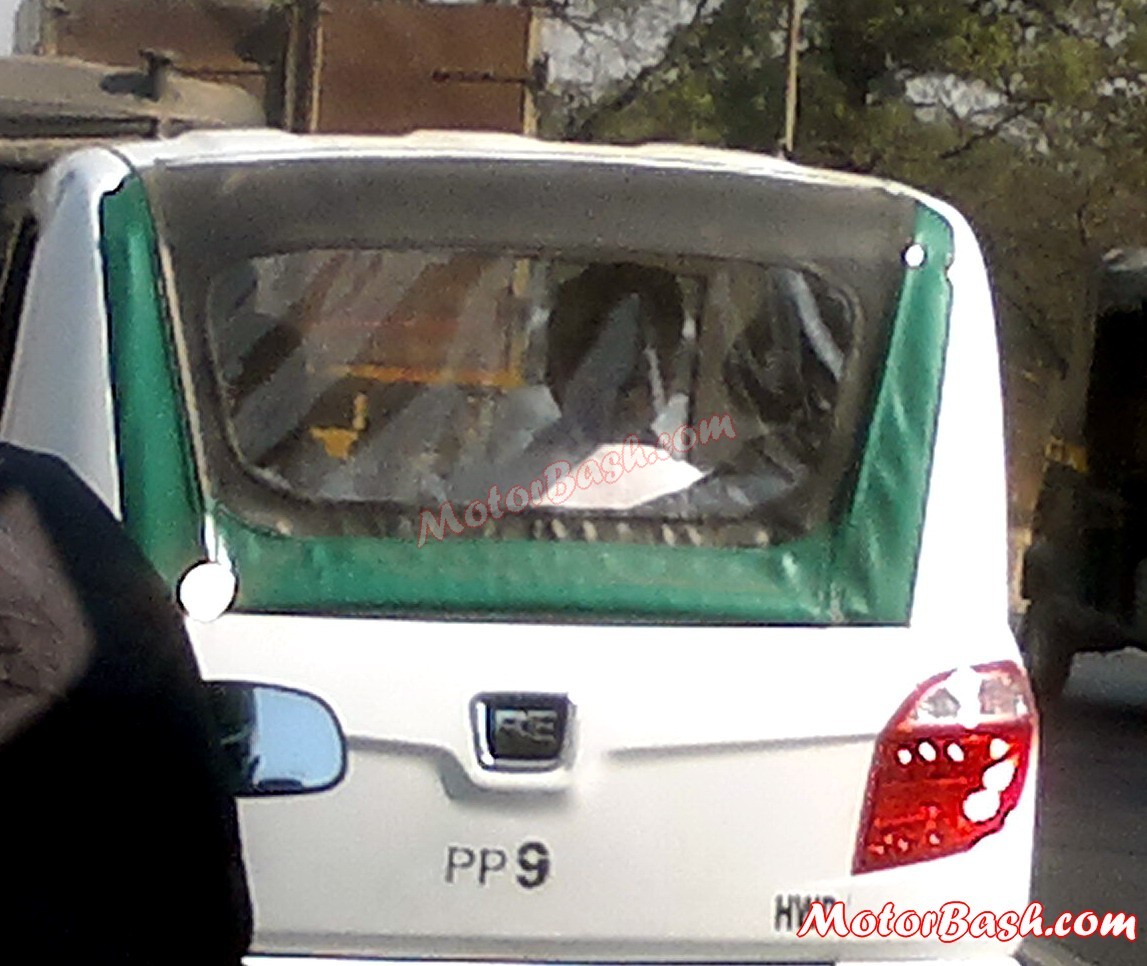 This mule seemed to be a higher variant possibly the top trim with body colored bumpers, alloy wheels etc. Of the very limited glimpse of the interiors, the driving position and the overall vehicle, the closest resemblance we can draw is the Tata Magic Iris with a protruding nose. Incidentally, there was a regular Nano which was driving close to this RE and it almost seemed like Nissan Sunny size big and lavish. 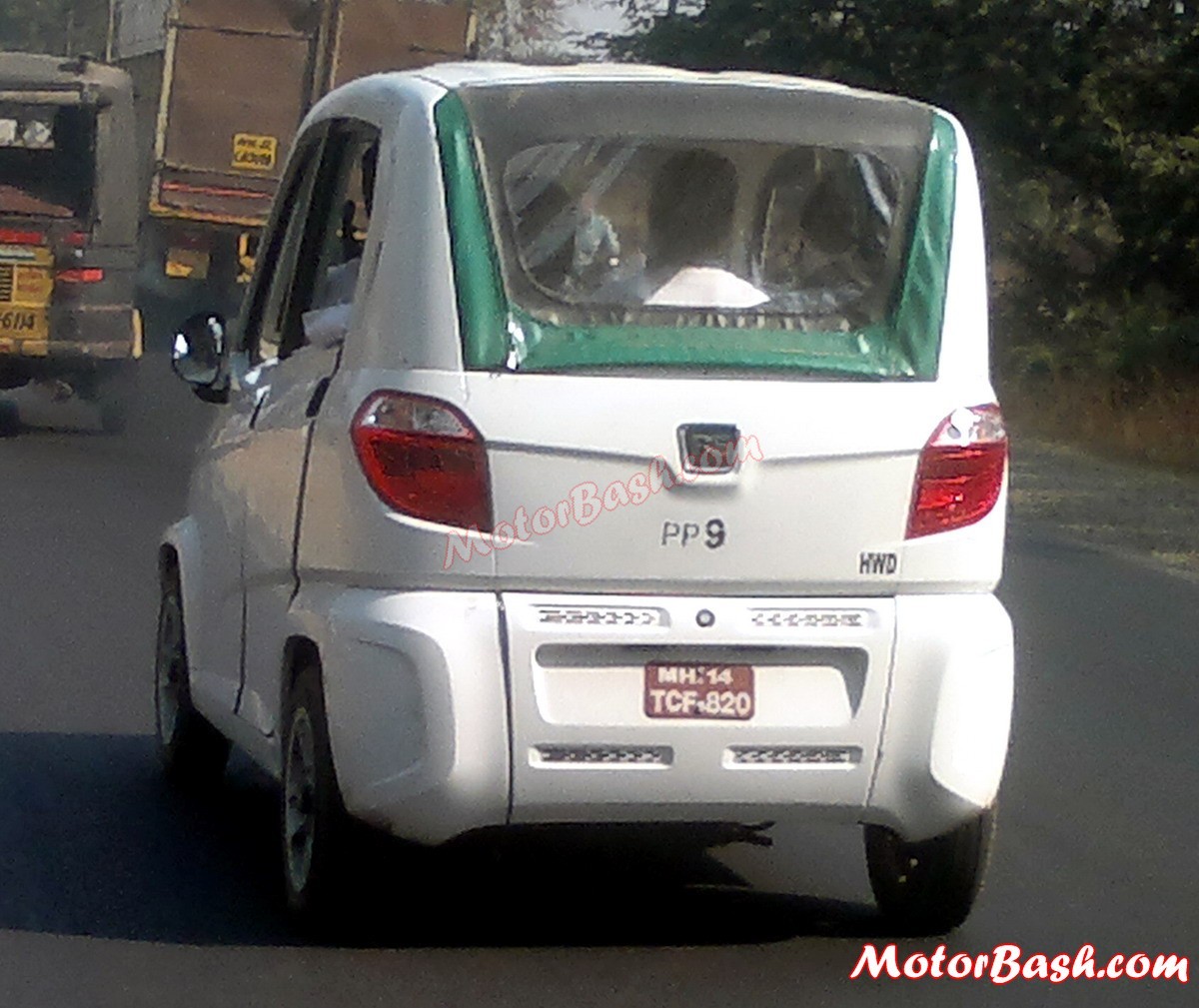 If you are hearing about RE60 for the first time, here is what you need to know.

RE60 is Bajaj’s first 4-wheeler which they unveiled at the Auto Expo 2012 in Delhi. Time and again Bajaj has cleared that this is not a car and instead a commercial vehicle aimed at people wanting to upgrade from 3-wheelers. RE in RE 145 or this RE60 stands for ‘Rear Engine’ and hence RE 60 will be a rear engined vehicle with a 200cc water cooled DTSi petrol engine capable of producing power of around 20bhp. 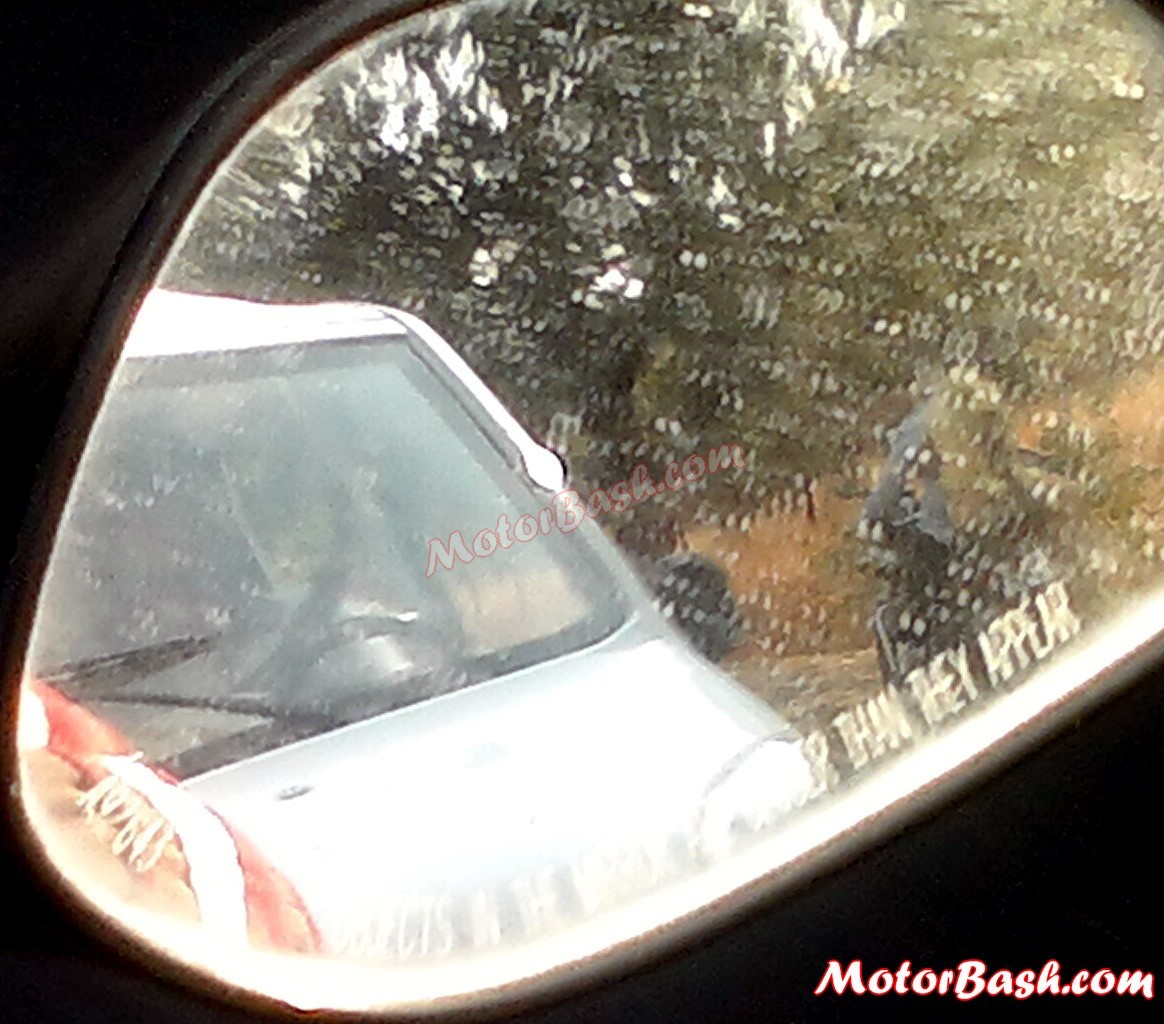 Touted to be priced competitively and with an expected greater fuel efficiency, RE60 does pack in itself a big punch and people do see it as a big revolution for the Indian people mover transport market. And we are also sure, you would love travelling on this RE60 rather than our regular, unsafe, noisy and slow 3-wheeled ricks!

Its Our Birthday Today, Join Us in the Celebration. Know More