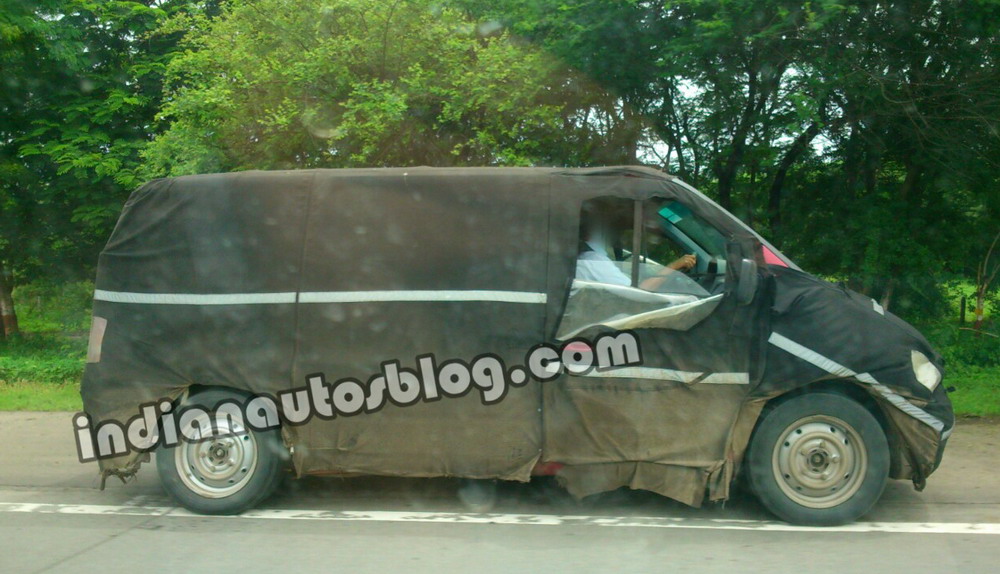 The upcoming Force MPV has been spotted by one reader of Indianautosblog.com again at the Mumbai-Pune expressway. We busted that it is a rebadged 1996 Mercedes Vito Van which was sold from 1996 to 2003 internationally. This is the model that we in India will be getting. After that, it was rechristened to Viano with a complete overhaul.

Mr. Prasan Firodia, Managing Director of Force Motors, had stated that the MPV would be launched sometime in the first quarter of 2015. Earlier set for a 2014 launch, the MPV has been held back due to the general slowdown in the auto industry.

It is clear that Force Motors has already received the green light from Daimler to produce the Vito van under its moniker. It is also informed that the know-how and the equipments have been handed over to Force Motors. Force will most likely use the 2.2-liter 141PS FMTECH engine which is doing duty on the Force One. This engine comes from Mercedes Benz anyway so technically speaking, the Force MPV is a rebadged Merc Vito!

Force Motors might not want to target the Toyota Innova or the Mahindra Xylo with their MPV. Mr. Firodia says that the platform of their MPV is “much larger” and that they have no opponents against it yet. The Force MPV could be a humongous 9-seater, outpacing rivals quite easily in roominess.

In an exclusive word we had with one of the top Force official (during the test drive of Gurkha), it was shared that Force is planning to keep this MPV as a ‘luxury’ option and might not want to play a price intensive game.

But we must remark that the MPV appears like a relic from the previous generation!!