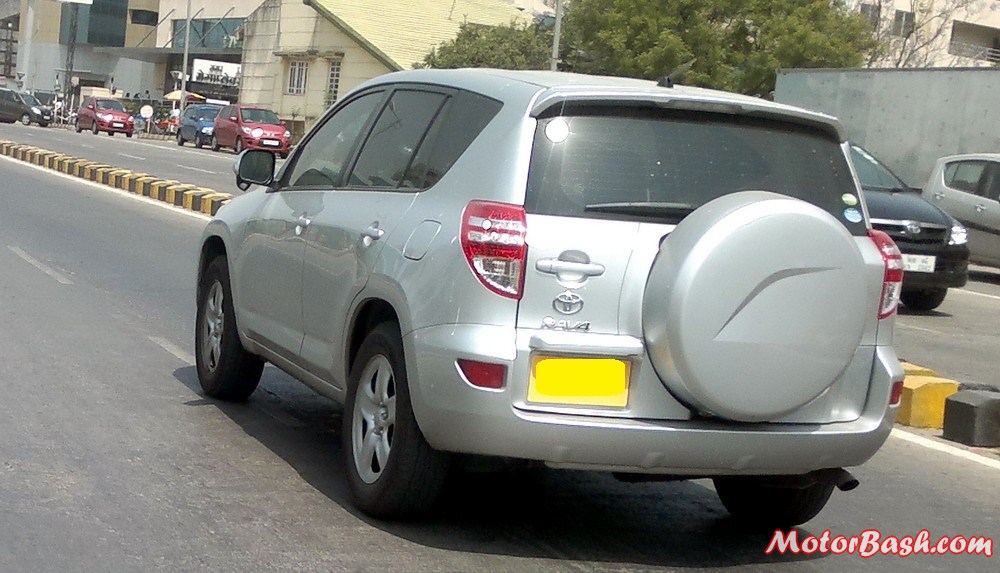 On my way to my office a couple of days back, I spotted this Toyota RAV4 crossover zipping across the streets of Pune. The crossover looked typical Toyota with plain but smart looks.

RAV4 is a pretty successful model for Toyota and competes with Honda CR-V, Mazda CX5 among others in international markets. This is the third generation RAV4 in the pic above and Toyota sold it in various international markets like Japan, Malaysia, Australia, Middle Eastern countries among others. Toyota has very recently upgraded its RAV4 and launched the fourth generation of this crossover in early 2013. It was first unveiled at the 2012 Los Angeles Auto Show.

In its latest iteration RAV4 is powered by 2.0L and 2.5L petrol engines and 2.0 and 2.4L diesel engines which come mated to 6-speed manual and automatic gearboxes.

This is not a test mule and sported international number plates most probably from Australia and hence is an import and might be for personal purposes. We do not feel that Toyota will launch RAV4 in India anytime soon but reports do point to the fact that Toyota is considering a vehicle in the Indian booming compact SUV segment. A few rumors point out to Toyota’s Rush that might make a suitable candidate against EcoSport, but there are no confirmations on the same.

Also Read: Toyota Working on a Compact SUV for India; ‘Rush’ C-SUV it Could be