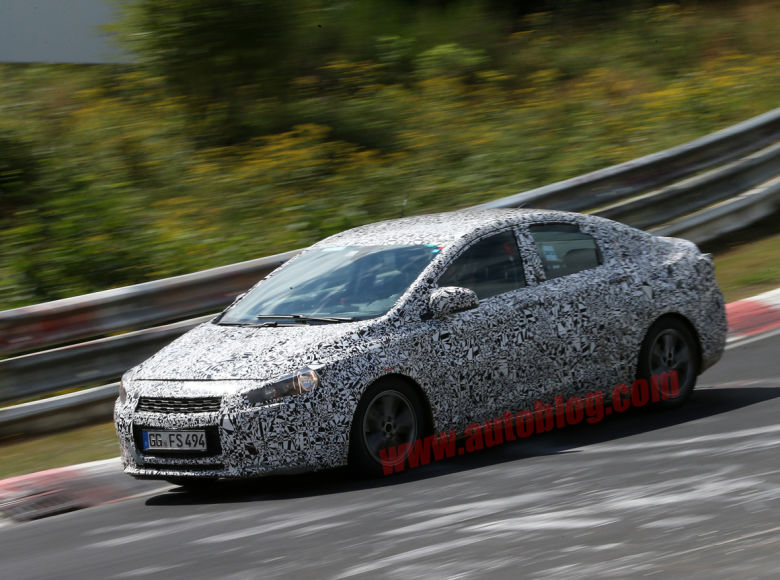 It a surprising development, it appears that our market could be treated to the facelifted Chevrolet Cruze by the end of this calendar year according to a tweet by Rohin Nagrani, Senior Editor at BS Motoring. 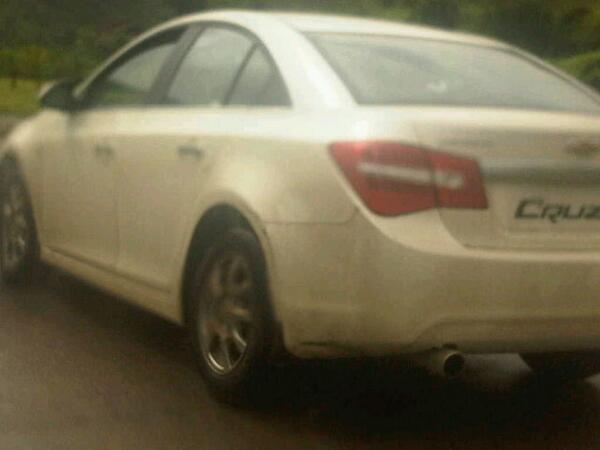 The above image (or a Cruze with mildy different tail lamp cluster) was also uploaded to the media gallery on his Twitter account. It is mentioned that this vehicle was spotted on the  Mumbai-Pune expressway.

Spy photos of the Cruze facelift have been doing sporadic rounds on the interweb for sometime now. It was earlier speculated that Chevrolet had pushed back the launch of the Next-Gen Chevrolet Cruze to the end of 2015. However, a facelifted version of the current model could be a welcome change, even though the Cruze is already a trend-setter in terms of styling (and performance!).

This was another spying of the car that happened a few days back, albeit not in India. The changes are hard to spot, as the car is impeccably camouflaged. Nevertheless, we aren’t sure of what changes that the already mighty, muscular and bold Cruze needs in its facelift. The headlamps are already menacing, and the stance is confident and strong. All the probability thus boils down to minor tweaks like use of chrome for accents, and other niptuck jobs. 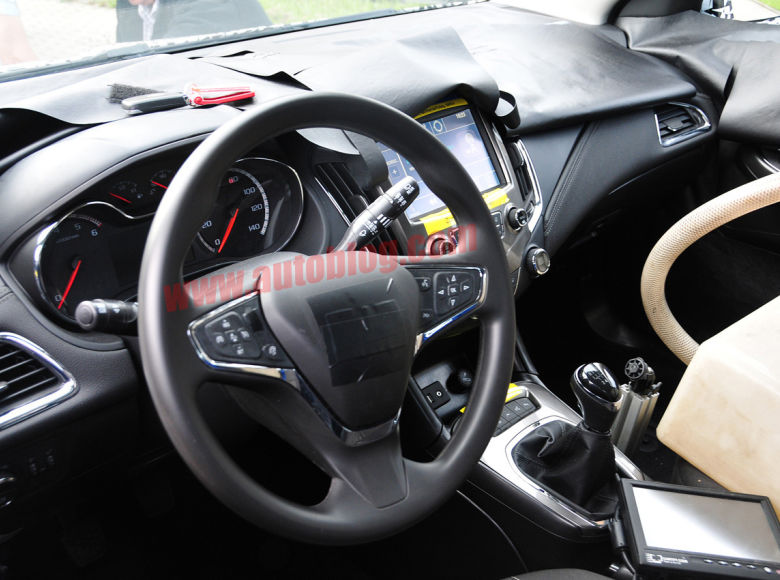 The other possible area for ushering in of changes is the interior. Interior spy shots were also included in the spotting a few days back away from the Indian shores. The positioning of the steering wheel indicates that this is a Left-Hand-Drive, but there’s no doubt that the interior looks plush. The three-spoke steering wheel is good to look at, and so is the central console. Chrome has been used quite judiciously, without making the job look too garish. It also appears that the touchscreen-cum-navigation system is now larger in size.

The current Chevrolet Cruze is powered by a 1998 cc VCDi engine that belts out segment leading 166 PS of peak power, and an earth-shattering peak torque of 380 Nm. It is equipped with a high-performance Variable Geometry Turbo-charged Common Rail Direct Injection (CRDI) system to ensure exhilarating rides. Cruze is available in both Manual and Automatic tyranny options. It is also provided with airbags, and other safety features like ABS and a safety cage with front and rear crumple zones.

The interiors are very eye-catching to say the least, with the Jet-Black interiors and Corvette-inspired Twin Cockpit design. Features like Push Button Start and a host of automatic features only go ahead to raise the premium feeling once the driver steps inside. A 6-way adjustable driver seat also ends up pampering the driver. However, the most noticeable feature of the Cruze is the headlamp design which Chevrolet likes to call the Samurai Jewel-Inspired headlamps.

Currently, Chevrolet is offering massive discounts of upto 85,000/- on the Chevrolet Cruze as part of its October bonanza, a possible hint of clearing the existing stock.

Who all are waiting for the facelifted Chevrolet Cruze? I, for example, am hooked on.  😉

1 thought on “Surprise! Facelifted Chevrolet Cruze May Be Launched by Year-End”