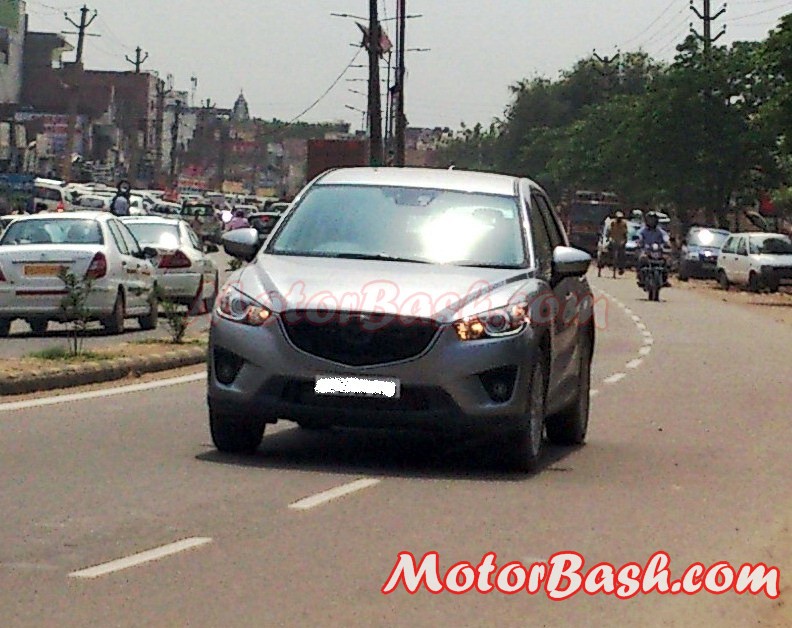 India is fast becoming a haven for all major foreign automobile manufacturers. Presence of all major brands and models speak this fact aloud!

Here comes another surprising scoop of news which had all our eyes and ears wide open. Our reader Anuj Kanojia has sent us fresh spy pics of Mazda CX-5 Crossover roaming around in Gurgaon. Speculations have been floating around about a possible Mazda entry in India and these spy pics almost confirm the company’s intents.

In fact, what makes us almost sure is the fact that there are not one but two test mules that are roaming around here – one is this one on your screens and the other one is a black colored CX-5.

Anuj further informed us that this car was caught at Gurgaon Railway Road and had its badges and all company logos removed. It was a Gurgaon registration on the number plate and the mule had tapes running around the dash.

Now comes the important bit; fellows at wheelomania have also reportedly caught the same car and they claim that the driver of the car was wearing a Maruti Suzuki Identity card. Considering that these spy pics bear HR-26 (Gurgaon) number plates which is home to Maruti’s plant, it becomes quite convincing that there are possibilities that Mazda might be in talks with Maruti for some kind of a collaboration here in India. 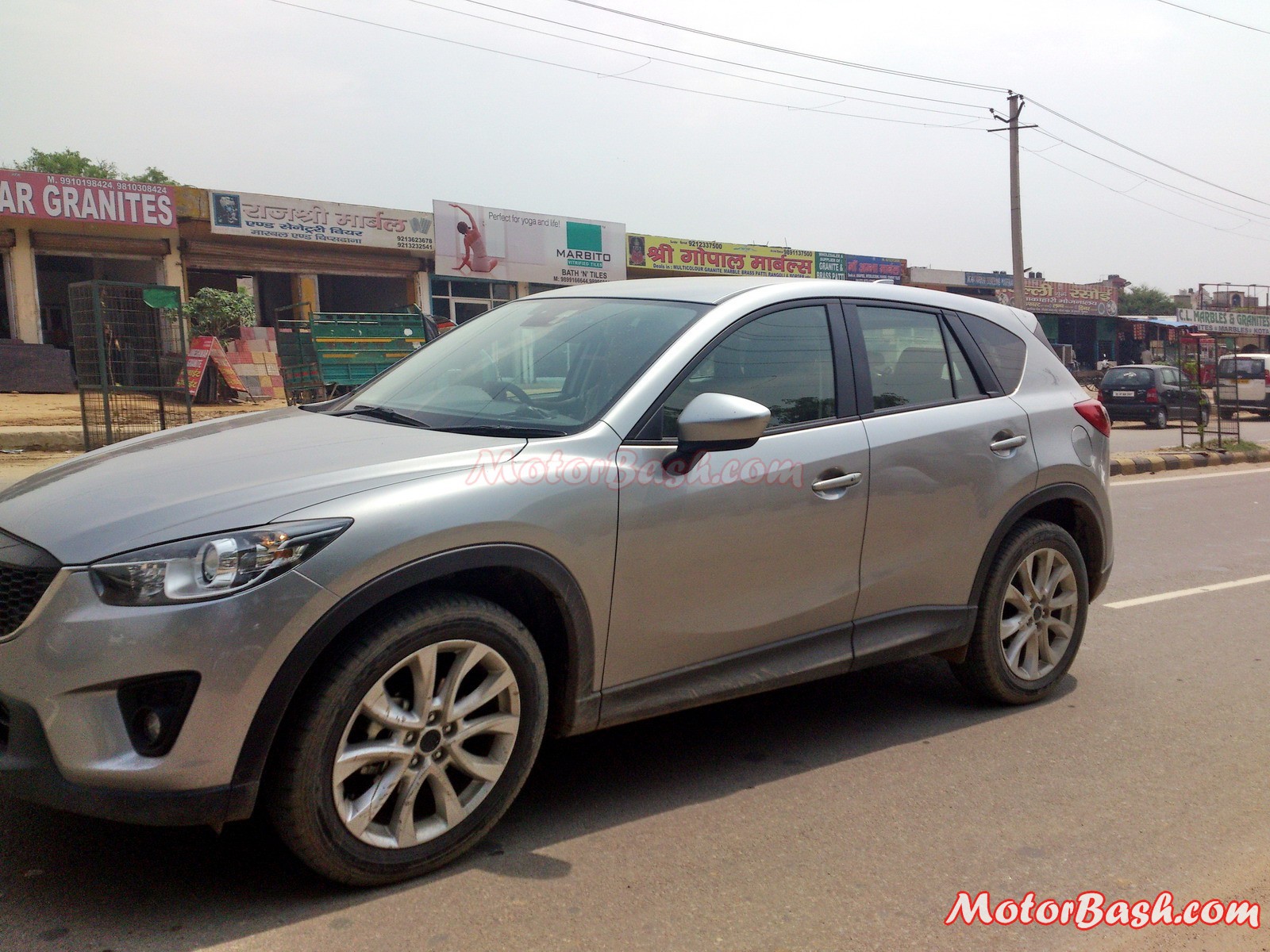 Considering that Maruti doesn’t have any SUV/Crossover over the pyramid around the 15-25 lakh apart from the non-performing Grand Vitara, inking a deal with Mazda might also give them a stronghold in this segment.

We all know and have seen Swaraj Mazda trucks that ply on our Indian roads. This is exactly the same company which currently operates only in the commercial market with a JV with Swaraj Group of India.

The CX-5 is company’s crossover SUV which they sell in international markets which competes against cars of the likes of Honda CR-Vs, Hyundai Santa Fes and similar others. For the foreign markets, the CX-5 is powered by a 2.0L 155bhp petrol engine and a 2.2L 147bhp diesel engine. Options of both 6-speed manual and automatic transmission are present.

CX-5 is also equipped with Mazda’s famed SKYACTIV technology which is basically use of new efficient engines on rigid and lightweight platforms which result in better fuel efficiency, power and lesser emissions.

You can also send us spy pics, important scoops and earn money. How? Click Here!

For more spy Pics of Mazda CX-5, hop on to our Facebook page.