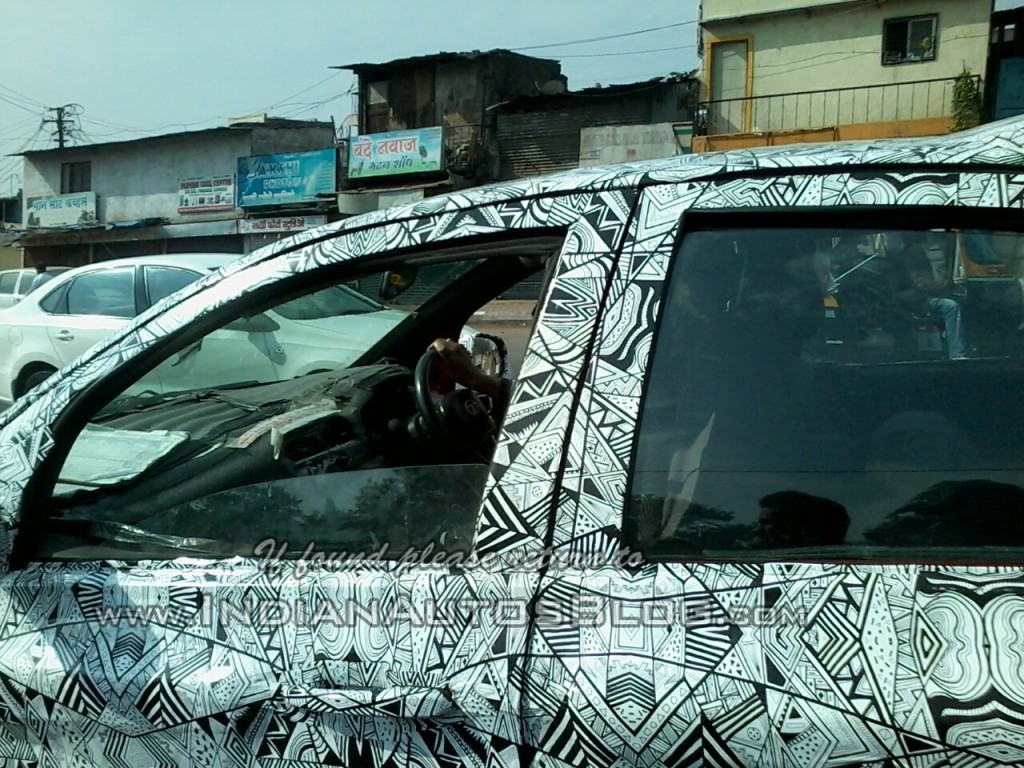 While the Bolt is finally approaching its launch date, Tata engineers are busy testing their next hatchback, the Kite which will be a replacement to the ageing Indica, a name which has been deeply imbibed in the country’s taxi services.

Kite, which is the codename, appears to be a more private-buyer focused car just like Zest and Bolt. Though, spyshots of this interesting car have made way earlier, but its interiors have never been snapped. And for the first time, we have a sneaking spy pic of Kite which also reveal a little about its interiors. 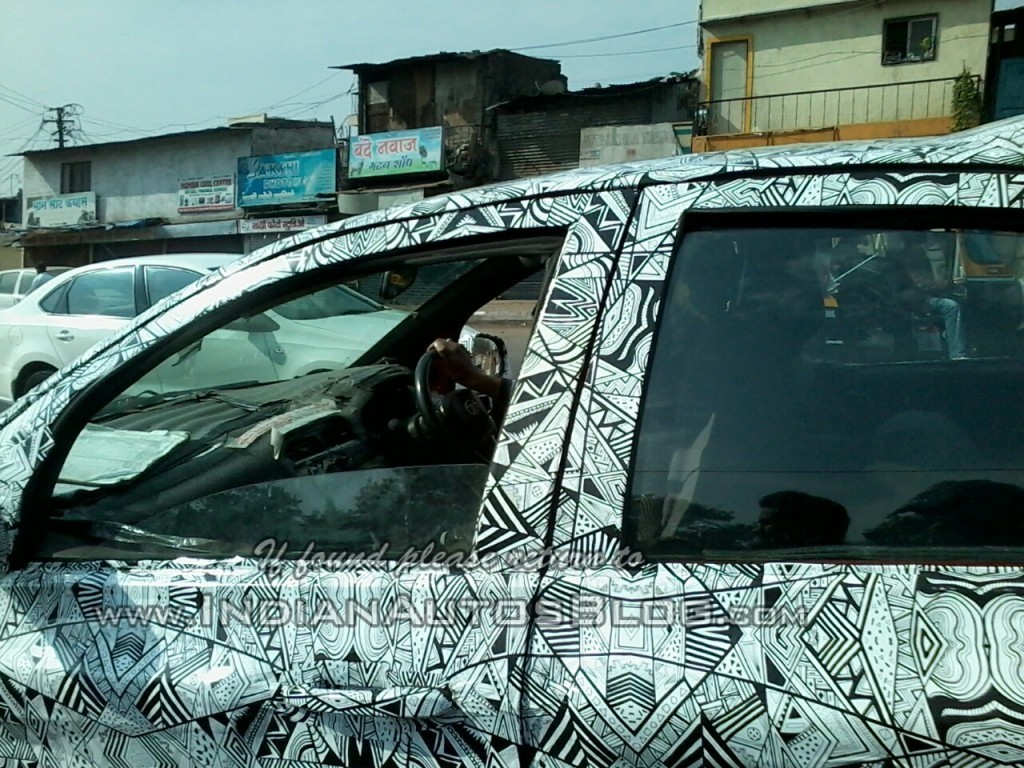 The spy shot from Indian Autos Blog reveal that the dashboard of the new Kite appears to be a bit high set. The car continues with rectangular air con vents which do seem to be a bit boring now. Apart from that the dash is hidden and we can not be sure of the quality, color or the material used here.

Both the Zest and the Bolt come loaded with fairly decent kit and Kite is expected to follow suit. The steering seems to have been borrowed from the Zest but it is unlikely that features like steering mounted controls will be present. 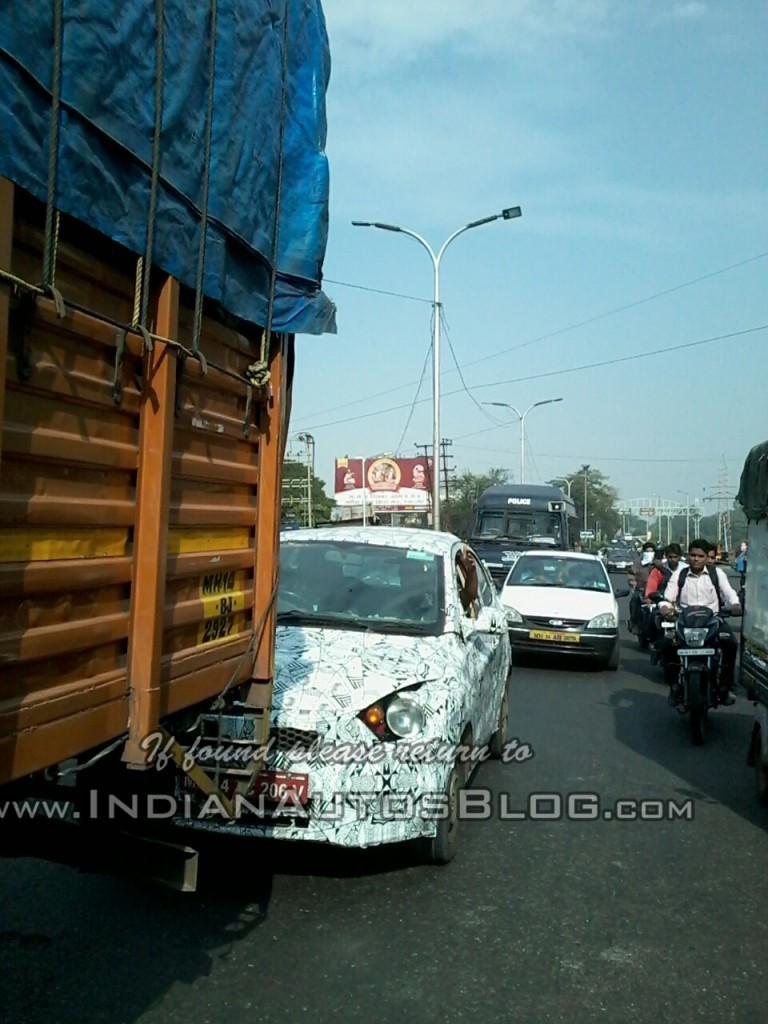 The Kite is rumoured to get a new 1.05L three pot diesel mill which the report claims produces power equivalent of 64 horses and a peak torque of 142 Nm. The petrol mill is expected to be the 1.2L Revotron engine launched in the Zest but in a slightly lowered tuned.

AMT may also be present to make the car an easy drive. Scheduled to be launched in the second half of 2015, Kite will be utilizing the unused capacity of Tata’s Sanand plant in Gujarat.