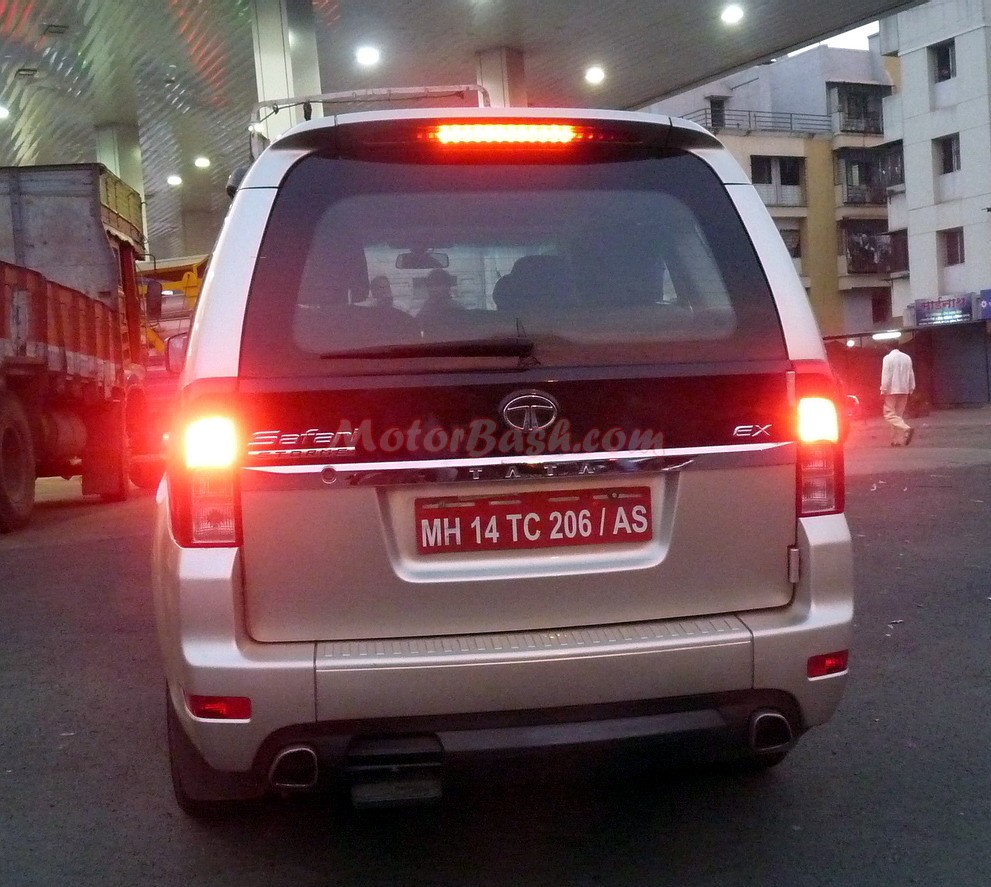 This is one car which has been caught so many times, but TATA is just not ready to release it to the markets. We catch this car yet again this time very near TATA’s plant in Chikli Pune. The SUV was entering a fuel pump to tank up. When asked the driver “When is this getting launched?” it was the regular reply which we heard the last time as well – “Next month!”

However, it seems TATA might finally launch it next month as some reports also say. Talking about the car we caught, it was the EX variant as was clearly written and this means that TATA is not tinkering with the variant names like it did with the new Manza. The front interiors which we could see were beige.

If we list down all the colors we have seen till now:

Surprisingly, Safari Storme looked the best in a generally not-so-good-looking Metallic Golden. Somehow, it was gelling well with the overall muscular curves of the car and was syncing well with the rear black tone and the chrome strip with ‘TATA’ embossed running across. 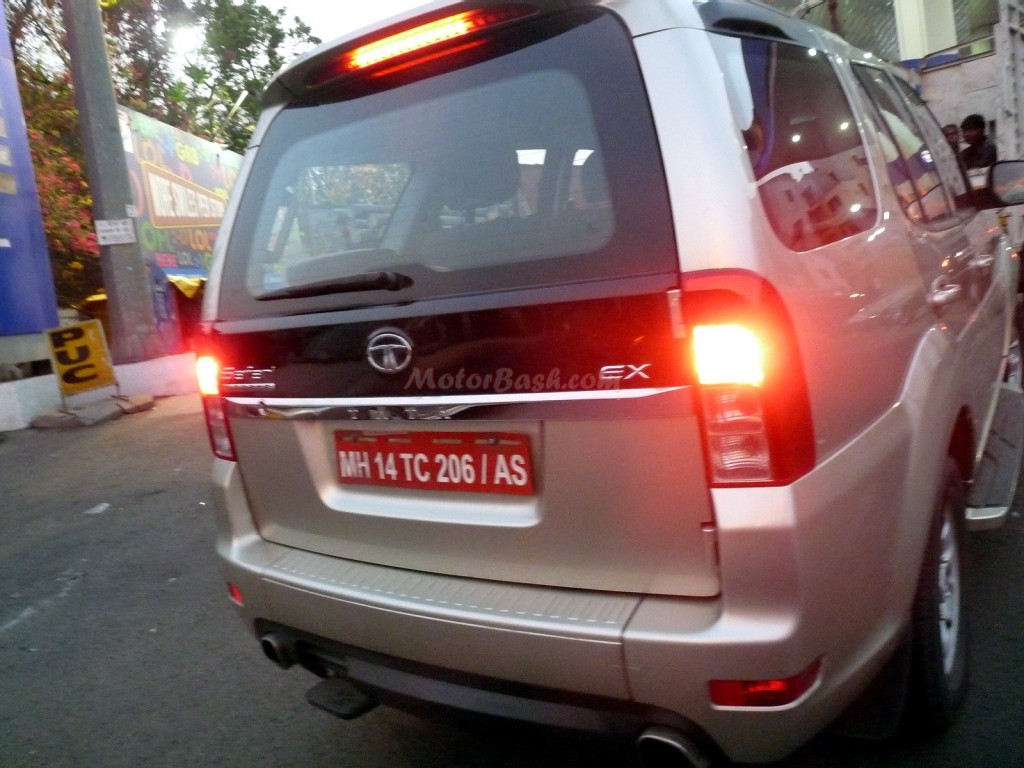 And yes, very close to this catch there was the same camouflaged Storme which we had caught earlier as well.

Check out the Gallery Below for more pics