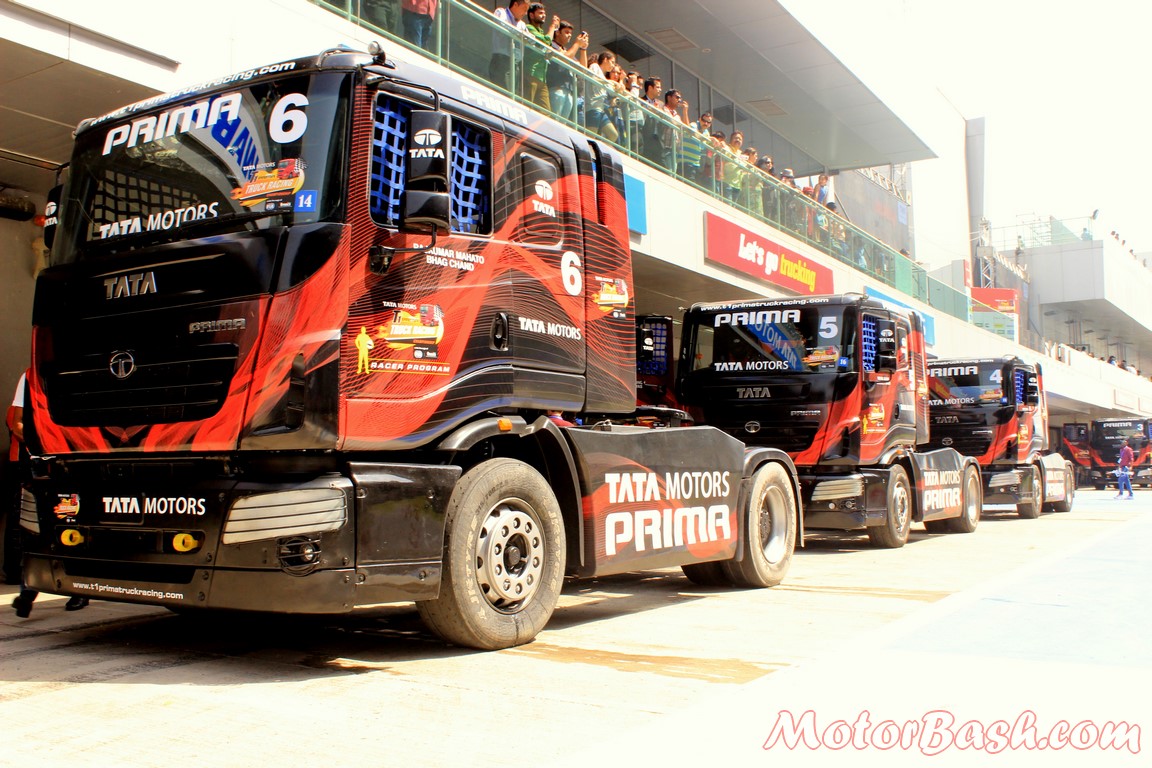 Setting the race track on fire Jagat Singh and Nagarjuna A have won the inaugural Super Class category of the T1 Prima Truck Racing Championship. Season 3 of the Pro Class saw David Jenkins win the title in the absence of the defender Stuart Oliver (who has alleged that he was spuriously not included this year).

Tata for the first time in the world trained Indian truck drivers from the highways and made a racing driver out of them. With 543 nominations received, Tata used a special shortlisting criteria to select 147 racers who were trained at MMRT, Chennai. The racers were made to go through a rigorous training process after which 12 were selected for the final round at the Buddh International Circuit. 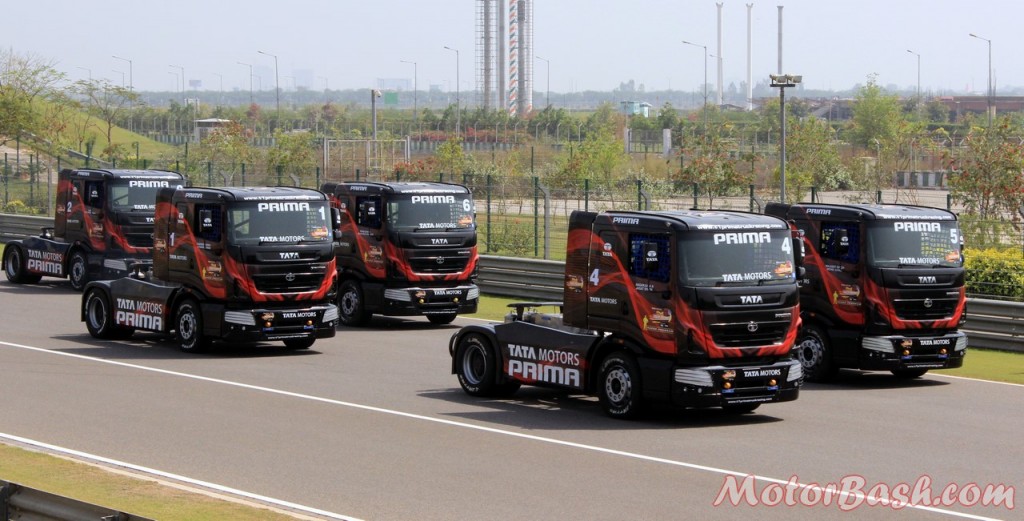 Tata used Prima 4038.S trucks for the championship which produced 370 bhp of maximum power at 2,100 rpm along with a top speed of 130 kmph. This time too the company brought in a plethora of modifications to make the race even more exciting. The ground clearance was reduced by 100 mm, weight was saved in suspension and fuel tank. The brake cooling system was also improved with jet nozzles. 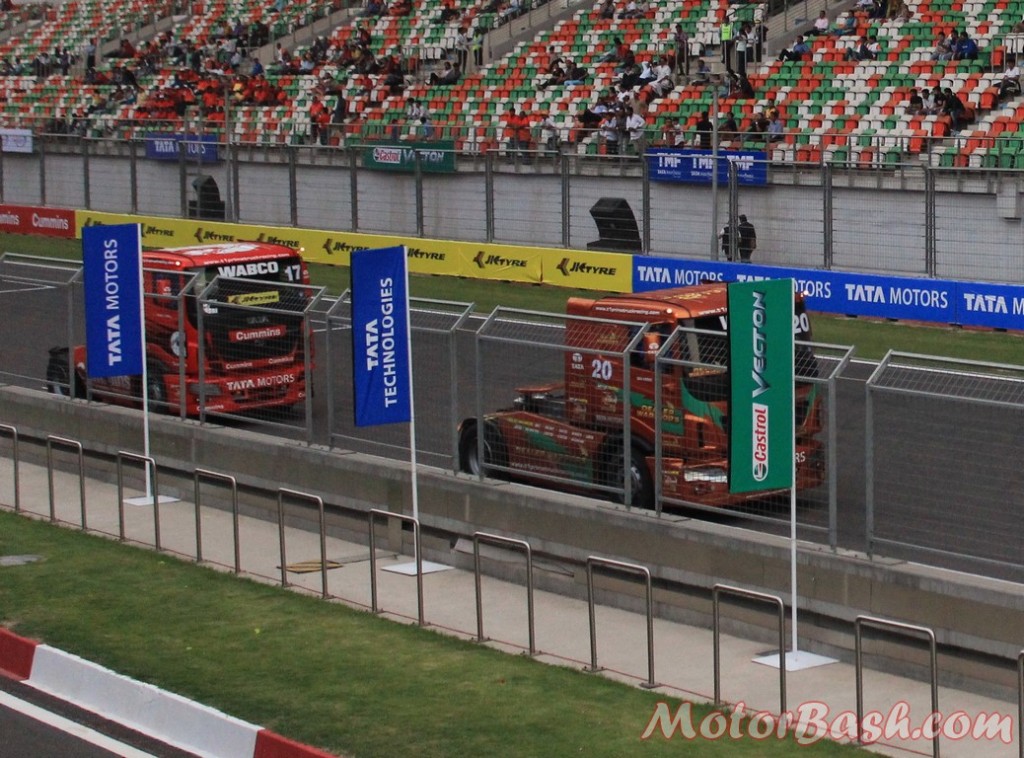 This FIA accredited race saw Jenkins start from 4th and crawl his way up, building a comfortable lead in the end. Pole position starter Matt Summerfield, winner of the previous race came 8th after a freak accident. The Indian racers were, by no means, slower than the international drivers. In fact their best timing of 1:52.952 set by Nagarjuna A was precariously close to 1:51.386, the fastest lap by Matt Summerfield in the Pro Class.

We seriously salute Tata for the kind of effort they are putting in something which was never thought of before! And if this doesn’t excite you, just watch these near 400 bhp monsters guzzling down the tarmac next time. We will update more pics soon…