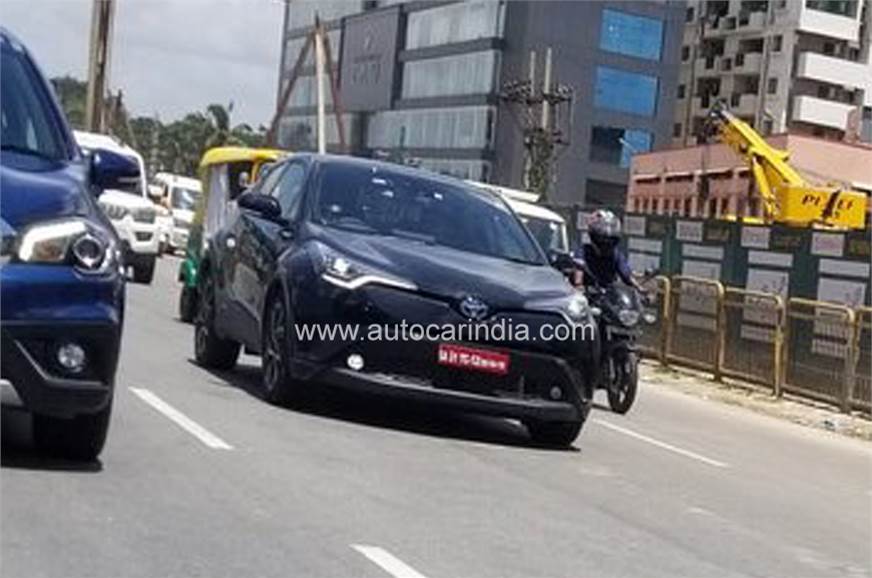 Toyota C-HR compact crossover has been spied testing recently on the outskirts of Bangalore. Spy pics of the test mule were shared in a story by Autocar. The radically designed crossover is completely undisguised in the spy pics and this indicates that the car may be imported for initial testing purposes. C-HR was first launched in the Japanese market in late 2016 followed by Europe, Australia and North America in early 2017. It also made its way to the ASEAN markets like Thailand, Malaysia and Indonesia in late 2017 to early 2018. The car in the spy pics is most likely the Thailand spec car as we already share a lot of the products with that market. The name C-HR is thought to be a short form of Compact High Rider or Cross Hatch Run or Coupé High Rider.

The C-HR compact crossover has a very distinctive design unlike any other offerings from Toyota. It is based on Toyota’s New Global Architecture (TNGA). The car has coupe-like characteristics, eg. sloping roofline, incorporated well with the muscular contours on the front and sides to get a brawny, aggressive yet compact look. This configuration gives the car a solid road presence yet making it look agile at the same time. This is a complete departure from the upright, butch stance of other offerings from Toyota in the SUV/Crossover space. 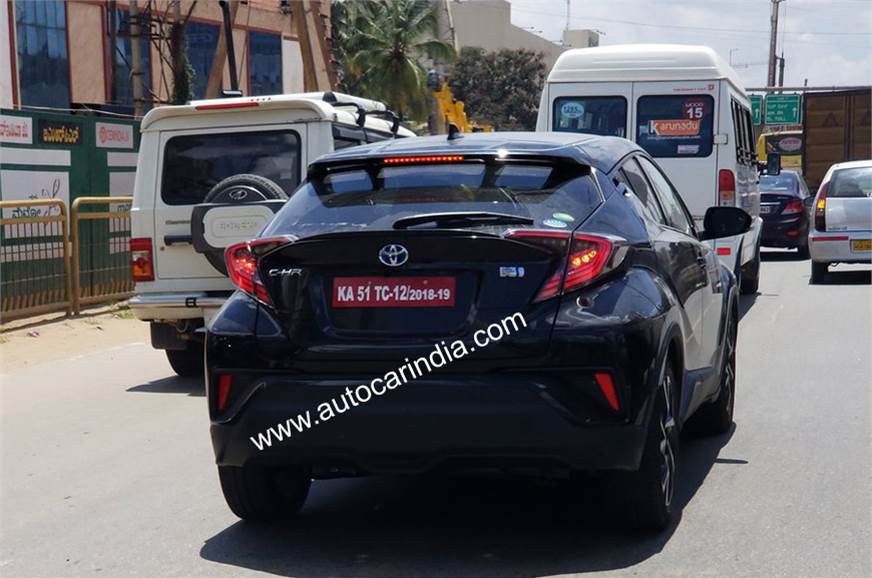 The car comes packed with features in all the markets where it is sold. Let’s have a quick look at some of the features offered on the car in the Thai market as we might end up getting the very same ones when the car makes its way to our shores: 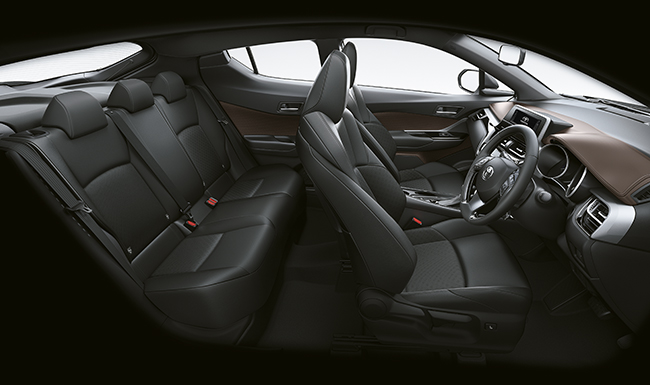 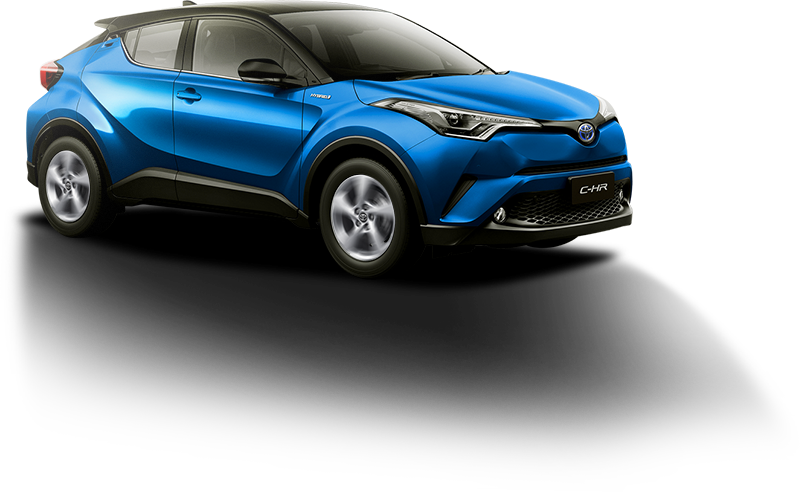 The car is available with different engine configuration in different markets but the most interesting one is the Hybrid powertrain. It is a combination of a 1.8L 4 cylinder petrol engine producing 98PS power & 142NM torque and an electric motor producing 53KW power and 163NM torque. The combined power of both engine and motor is rated to be 122PS. This engine comes mated to the E-CVT transmission system. We can expect Toyota to bring this engine in our market as well due to an absence of diesel motor option and the ability of this engine to match a diesel’s fuel efficiency. We hope the government will also formulate policies to support the launch of Hybrids in our market.

Though nothing concrete is known about Toyota’s plans for launching the car here, the speculation is, it might happen sometime around the year 2020-21. It is also speculated that the car will either be assembled or manufactured in India. In both the cases, we can expect the car to be priced reasonably but still at the higher end of the segment where it will be positioned in.