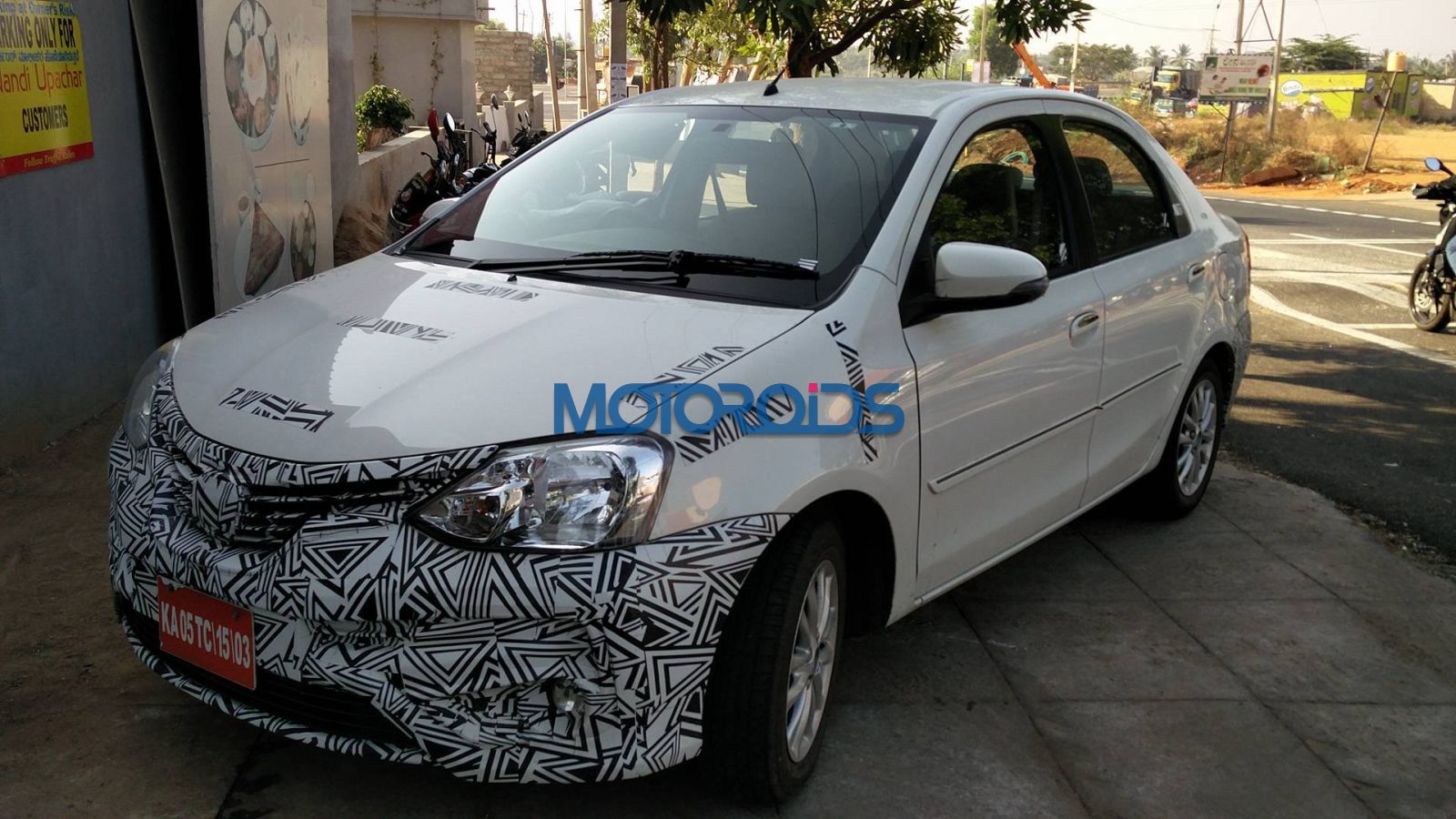 Will the Etios Facelift get mechanical changes?

Etios sedan may be an average looking mile muncher but which other pre-New-Gen-Corolla was modern looking? Nonetheless, it thrives on its interior space and a reliable, decently powered diesel engine (along with a peppy petrol motor). Lack of modern day features, mundane looks and high NVH levels have been its key flaws. In order to bring some freshness to the model, Toyota is preparing a facelift which was caught testing recently by a Motoroids reader.

The camouflaged front nose hides a more aggressive looking V shaped front grille with four slats. The fog lamp enclosure and intakes have been redesigned to make it look familiar with other models in the lineup (read Vios). Expect things to be laden with shiny chrome. The boot cover is expected to gain a chrome slab joining the tail lamps. The rear bumper too shall flaunt a few cosmetic changes. 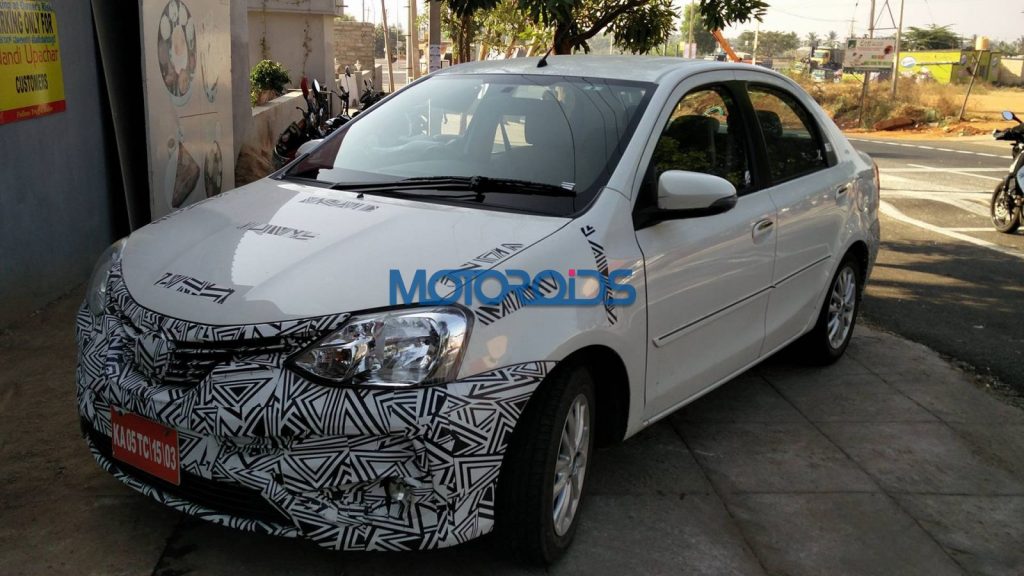 Speaking about the engines, this is expected to be merely a facelift and hence not many changes to the existing powertrains – 90 PS/132 Nm 1.5 litre petrol and 68 PS/170 Nm 1.4 litre diesel are expected. However, we wish Toyota induces some pep in the diesel motor to make it somewhat interesting to drive. The rumoured automatic option will also be equally appreciated. 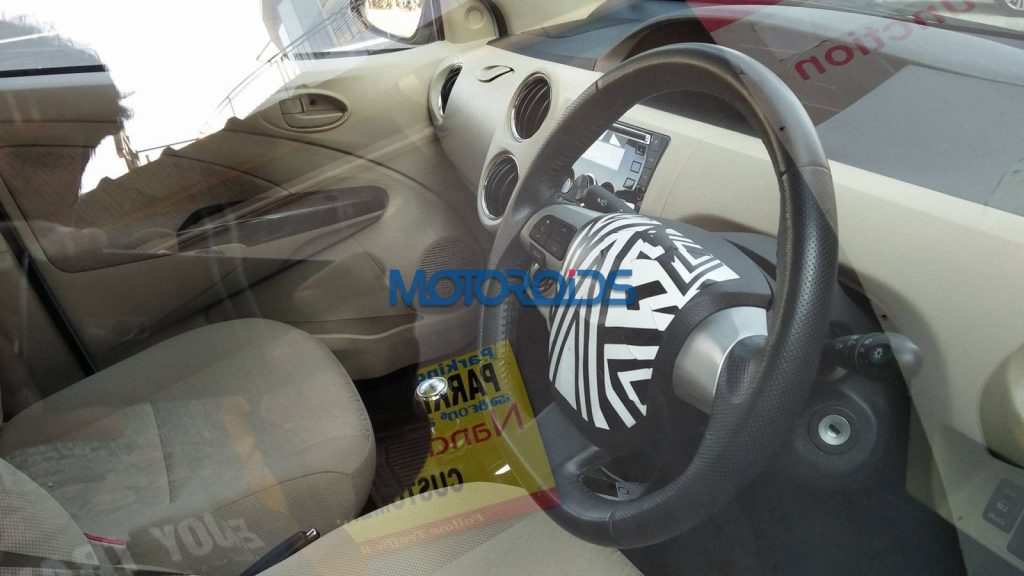 Interior changes include new upholstery, however, things there still do not look very exciting. Probably, a redesign along with a more catchy digital instrumentation console (preferably at its traditional position) may help. A touch screen infotainment system might also be thrown in the top end trim. 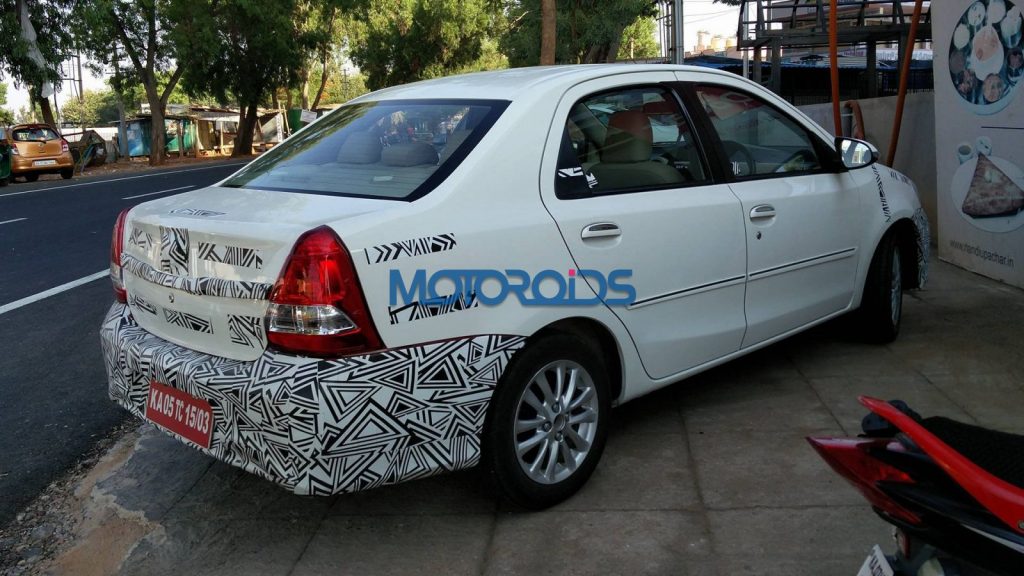 Expect Toyota to launch this new Etios Facelift sometime near the festive season, or slightly earlier.