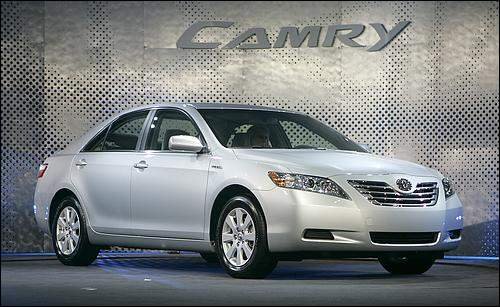 The Australian wing of the World’s Largest Car Maker, Toyota has recalled a total number of 19,099 vehicles including 12,792 Camry and 2,648 Camry Hybrid over a fuel hose issue. Cars of particular models manufactured between October 2011 and July 2012 will be recalled.

An official statement from the company says: “There is a possibility that the fuel hose that connects the main fuel supply line to the engine may have become wrinkled during connector insertion”. “In some cases this could result in a small hole in the fuel hose which may allow fuel to leak”, it also added.

The company has also revealed that there have been three reports of the condition in local vehicles but no accidents relating to the defect. The inspection process will take approximately 30 minutes and the replacement will take about an hour to complete and the entire process will be free of cost.

In India, there has been no such announcement.

Toyota is all set to launch the new Camry in India on 24th August.