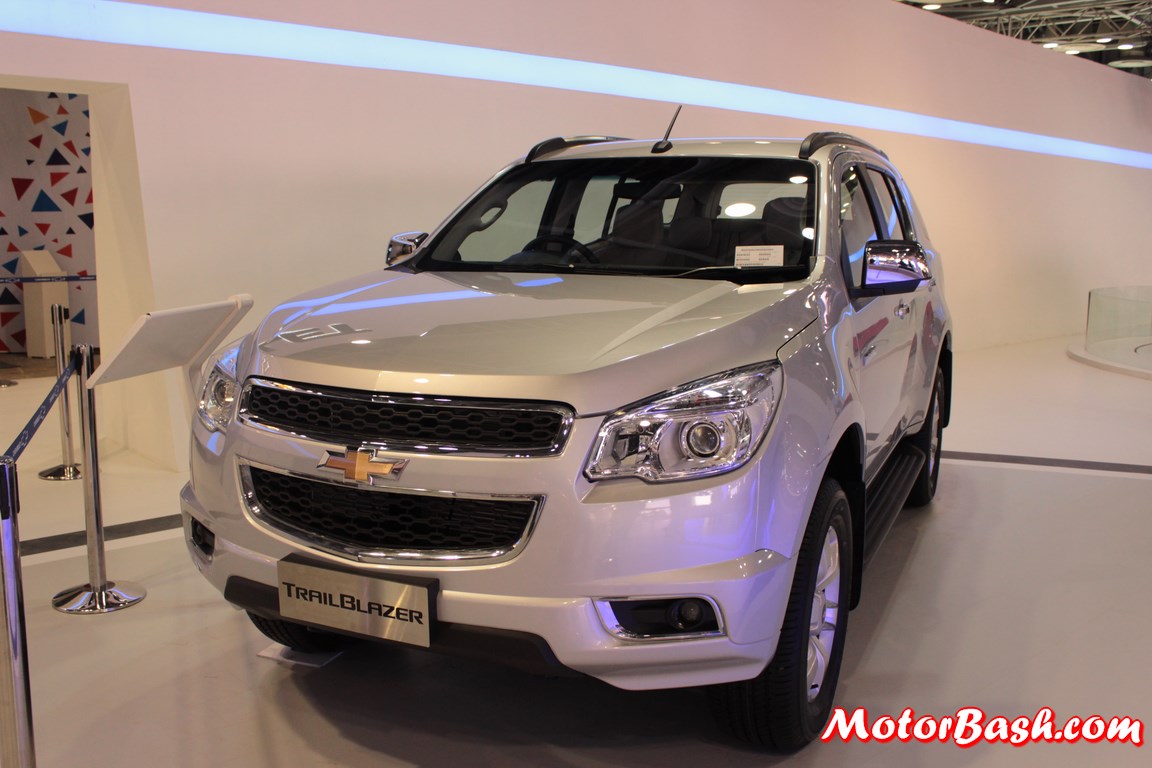 Chevrolet has been real quiet for a long time. Their new products from the Chinese lineup have not really helped them in any significant sales and a statement by their current Indian Chief Sumit Sawhney, that no all-new product from the company will be launched till 2017, just ensured that everyone took their eyes off the company altogether!

However, with constant fall in sales, it seems they have understood they can not continue with the current policy and surprising everyone, the company officially announced the launch of Trailblazer SUV this year and Spin MPV next year.

While we will talk about Spin sometime later let us highlight the Trailblazer here. The brawny SUV has been a point of interest and has been spotted testing in India in all that hidden covering and comes with a host of engine options internationally, which include…

Out of these, we believe the SUV will definitely come with the 2.8 liter diesel engine in India which will be the mainstay for the SUV. Here are a couple of initial hints supporting the same.

Hint 1: The Trailblazer showcased at the Auto Expo was the 2.8 Liter AT version.

Chevrolet showcased the Trailblazer at the 2014 Auto Expo in Delhi and the variant which was on display was equipped with 2.8 liter Duramax diesel mated with a 6 speed automatic transmission. Here is how it read… 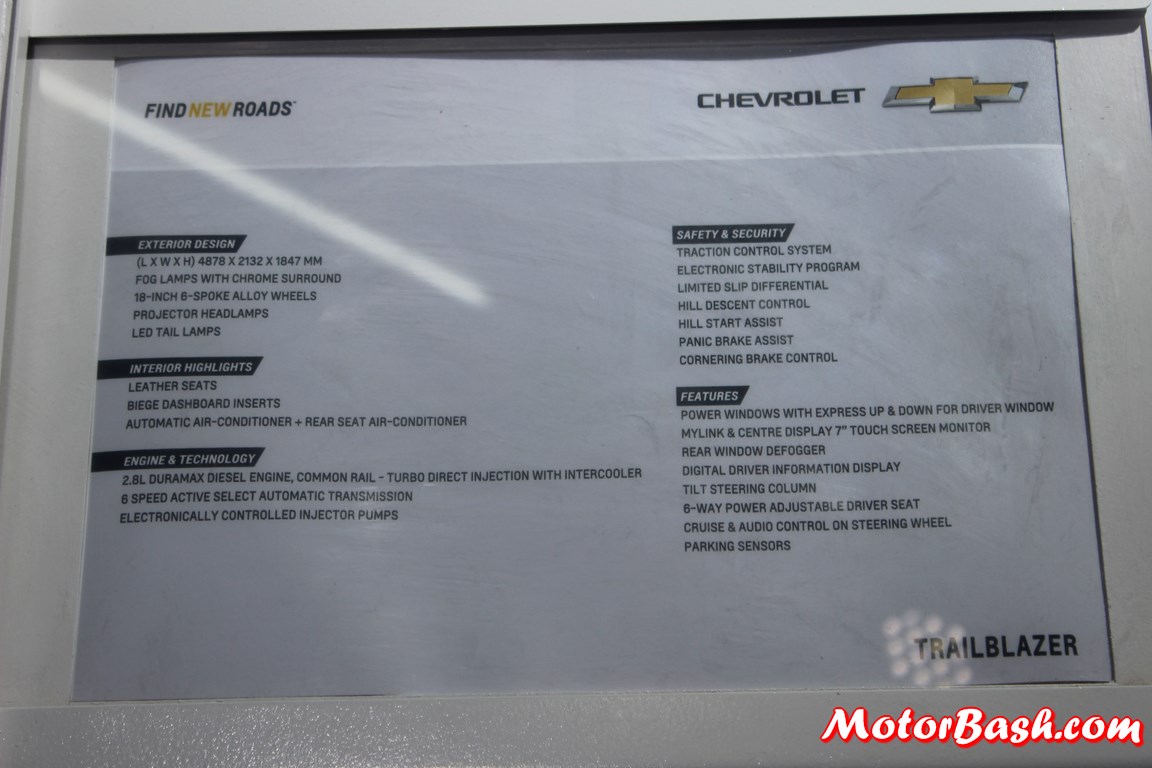 Hint 2: According to Zauba.com, the company has, on 7th Feb, imported at least two test units of Trailblazer from Thailand to India and both of them are the 2.8 liter versions (and with the Automatic gearbox).

Interestingly, the price entered per piece is Rs 7.30 Lakhs. While this may NOT really give any concrete hints about its Indian pricing, but we are sure buyers will accept even triple of this for the 2.8 liter Automatic version!

Trailblazer is placed over Captiva in some international markets, however it may just end up being the reverse of it here in India. The Captiva sold in India is imported as a CBU (Completely Built Unit) and hence attracts massive taxes. The Trailblazer, on the other hand, is expected to be sold here as a CKD (Completely Knocked Down Units) and will attract much lesser taxes. 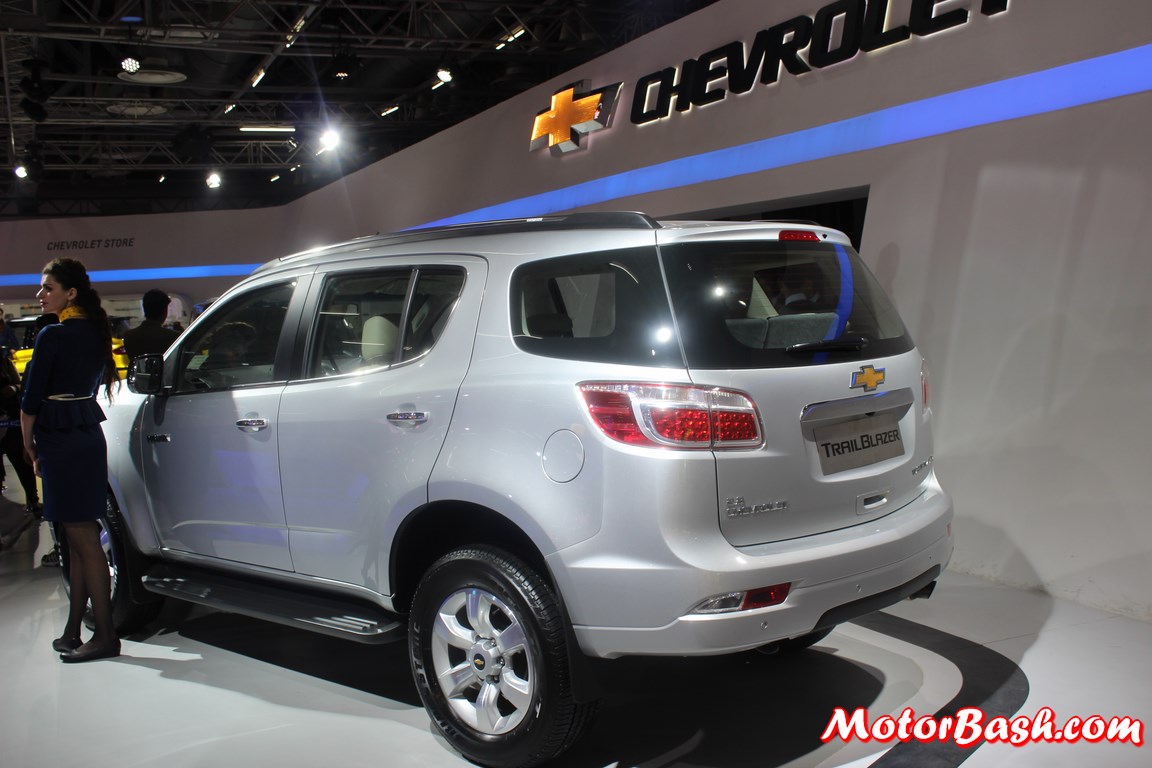 Currently, Fortuner enjoys the lion’s share in this segment and if Chevrolet has to unsettle or bother the competition the Trailblazer has to be priced real aggressively otherwise it may also end up as another Captiva… which, even after being a capable product just doesn’t sell!