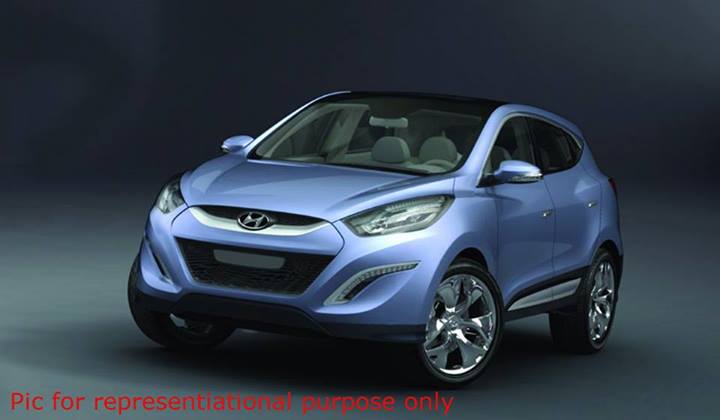 If you shrivel up a Santa Fe, what do you get? Perhaps that’s what Hyundai is planning to do to compete in the hugely lucrative compact SUV market.

It is not unusual for the auto manufacturers to keep a tight lid on the future developments and Hyundai India is no different in that respect.

Going with what the virtual “guess-rooms” are conjuring up, it seems that Hyundai intends to base the compact SUV on the i10 or i20 platform. There is also talk about a tailor-made chassis for the new car.

A concept, it seems, will be showcased during the Auto Expo in Delhi in February 2014 to gauge people’s response.

Netizens in China and Korea have clicked pictures of what they think could be the new compact SUV from Hyundai and some of the speculative renderings do look mouth watering, like here . I personally like a bit of boxyness in SUVs, but many believe that Hyundai will, in most probability, go for its quite successful fluidic theme. Going by what Hyundai has been offering in the recent years, the new compact SUV is sure going to be a good looker.

Hyundai has already confirmed the development of a new compact SUV for our market. In a new update, BS Motoring has shared some new speculative bits about the upcoming car and here is what they say:

Hyundai’s premium SUV, the Santa Fe comes with a price tag upwards of Rs.24 lakh and could never be expected to have the mass appeal thus the need for a compact SUV costing in the regions of 8-12 lakh. Considering that Hyundai reportedly is aiming at 2015 as the launch year, these still are early days for anybody to furnish any specific information, but with these new pieces of information, we may be witnessing the early prototype/concept at the Hyundai’s stall this Auto Expo. That is, if that’s where they intend to spill the beans.

Keep tuned to find out more.