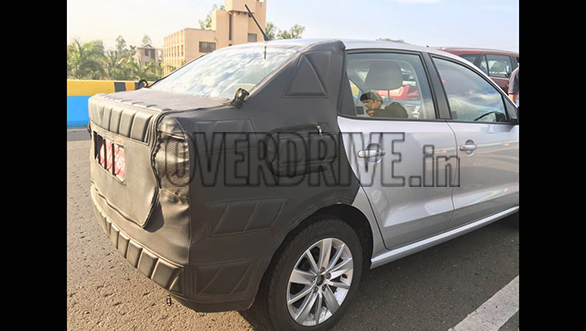 Auto Expo unveiling of AMEO is confirmed, though we have our reservations against this decision from the company…

Rumoured to be called as Ameo, Volkswagen’s compact sedan has been snapped testing once again, this time by Overdrive. However, this is the best look of the sub four meter sedan we have had so far. As expected, the face appears to be very similar to the Polo and Vento siblings with double barrel headlamps. There may be minor changes to the grille and bumper for demarcation.

At the rear, we have the small boot, along with a different C-Pillar, which is not as slanted as the Polo nor as flatter as the Vento. Actually there are two mules here – one running around with alloy wheels and the other on steel wheels. The interiors are typical Volkswagen – uncluttered and sober. 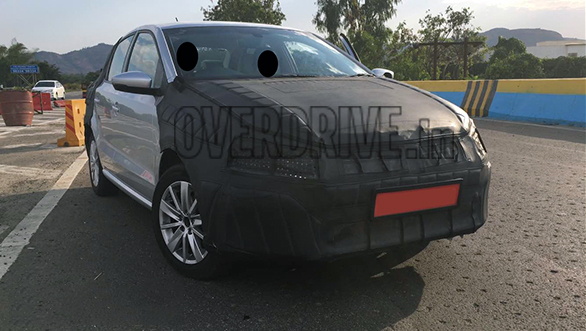 Ameo, if it will be called, will sport the same 1.5 liter diesel engine from Polo but we expect it to get the four cylinder 1.2 Liter TSI petrol mill, since the current 1.2 liter 3-cylinder NA engine just doesn’t make the cut! 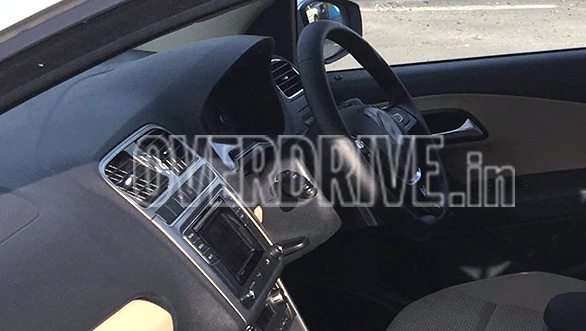 Volkswagen has already confirmed unveiling of their sub four meter sedan at the Auto Expo and a launch thereafter. It will fight out against the Dzire, Zest, Figo Aspire and Amaze.

It must be remembered that Volkswagen doesn’t often make country-specific cars but this one is and will most probably be limited for sale in India.