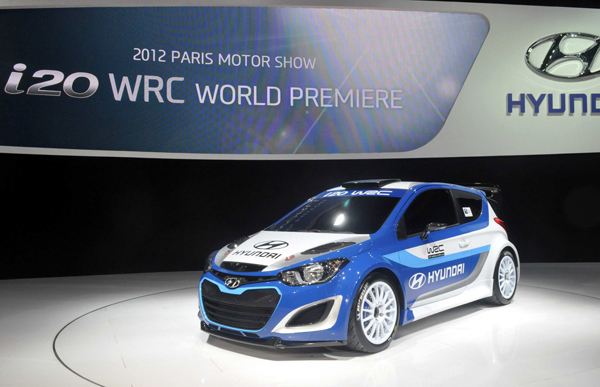 Hyundai i20 is a premium hatch in India. It has been applauded for its features and the grand looks it carries. Recently facelifted, i20 now looks meaner and eager!

However, if given a chance it is the racing version of i20 we would love to drive. Hyundai recently premiered it at the Paris Motor Show and this car signifies Hyundai’s return to FIA World Rally Championship. Hyundai would be rejoining the WRC after it withdrew itself in 2003 and take on Volkswagen’s Polo-R.

We do not know the engine specs of this car yet but it is expected to get a 1.6L turbocharged Petrol engine along with 300 horses to tame which will go along with fantastic ride and handling capabilities.

And watch the awesome teaser video below: