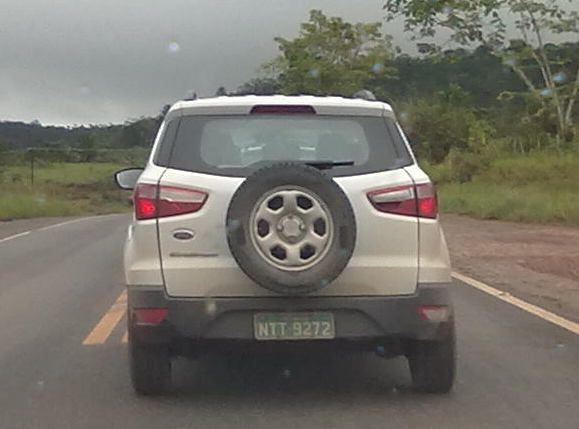 Till now the best we have seen from Ford EcoSport is the Red Mars color being used and displayed everywhere. The test mules which were caught in India have been completely camouflaged. AutosSegredos.com.br from Brazil has posted spy pics of EcoSport in White and Grey apart from Red Mars.

These appear to be different variants of the car as well. The Red Mars is the premium TITANIUM version. The white and grey one are possibly lower variants of the car. There are differences in the back mounted spare tyre as well apart from a few other visual changes. 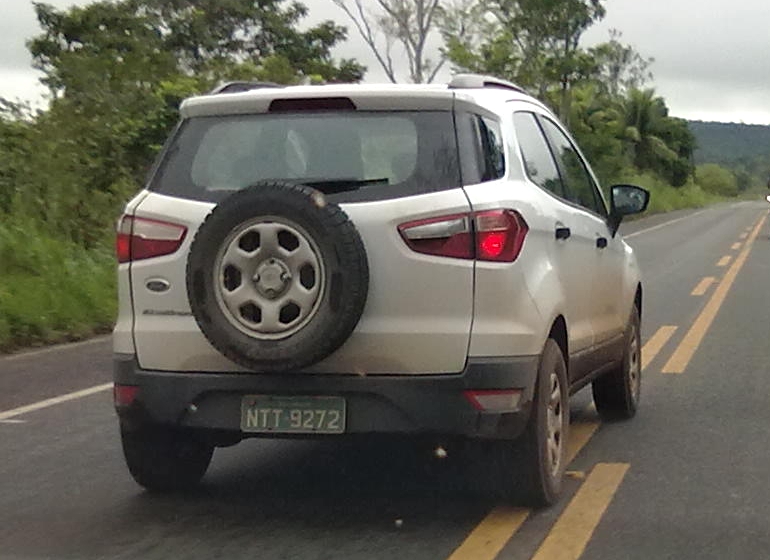 Ford Ecosport is expected to hit India sometime early next year and there have been talks that Ford would price it competitively to break a ground with this immensely hyped and competent product. It is also confirmed that Ecosport would be a sub 4 meter car which would allow it to get excise benefits in India.

To me, white looks fantastic and the mini-suv looks to have big road presence, grey looks a little dull but that could partly be due to the fact that the car is a little dirty.

Just yesterday we have reported that Ecosport’s prime competitor Renault Duster might start at a shocking price tag of less than 6 lac.

Check outEcosport test mules caught by AutosSegredos.com.br in the gallery below. You can also check a comprehensive gallery of Ecosport here.