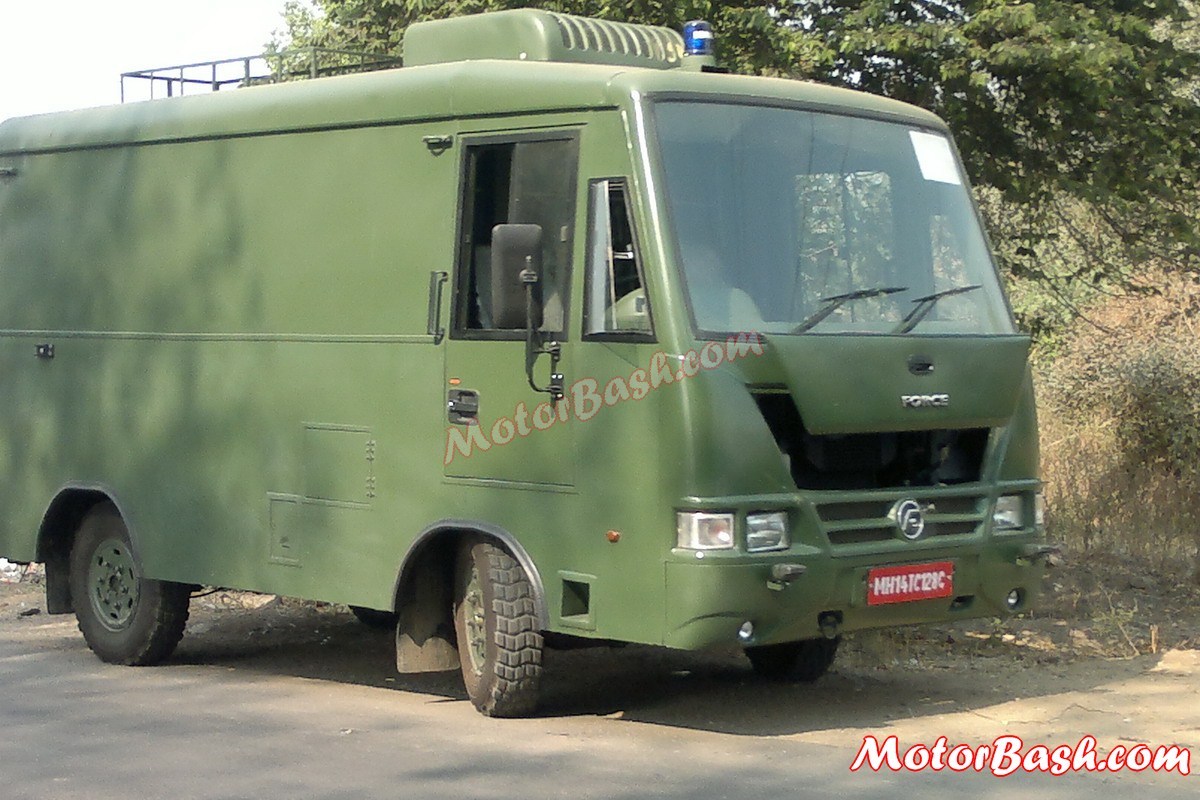 In a bid to expand its business operations, Pune based-Force Motors is venturing into the Defence Vehicles business. And the first specimen comes to us in the form of this Ambulance.

Force Motors, which was majorly known for commercial vehicles, recently ventured into the passenger car segment with their Force One SUV which has done reasonably well. And now, Force wants to eat a bigger pie in this space and there are a lot of upcoming vehicles from their stables.

And the good news is, for the above listed UVs we already have running mules in India. In a new development, we have spotted this ‘ON TEST’ military Ambulance bearing Force moniker and registration plates. We very well know that neighbors Tata Motors has a separate defence vehicle unit where they manufacture plethora of vehicles that can be used by our paramilitary forces.

Success of Tata Motors is what seems to have encouraged Force Motors to venture into this business and the first product from them might as well be the one on your screens now. This military ambulance had a transparent rear gate with a make shift stretcher to carry military personnel in medical emergencies. The small hump at the top suggests that it might be Air Conditioned to make it a conducive atmosphere inside.  Also notice the doctor’s blue light and luggage carrying compartment at the top.

At the moment, we are unsure, which engine will this Military ambulance carry but a good guess could be Traveller’s older 2.6L BS3 motor which produces 82PS and 215Nm of torque. We also expect Force to make a formal announcement soon.