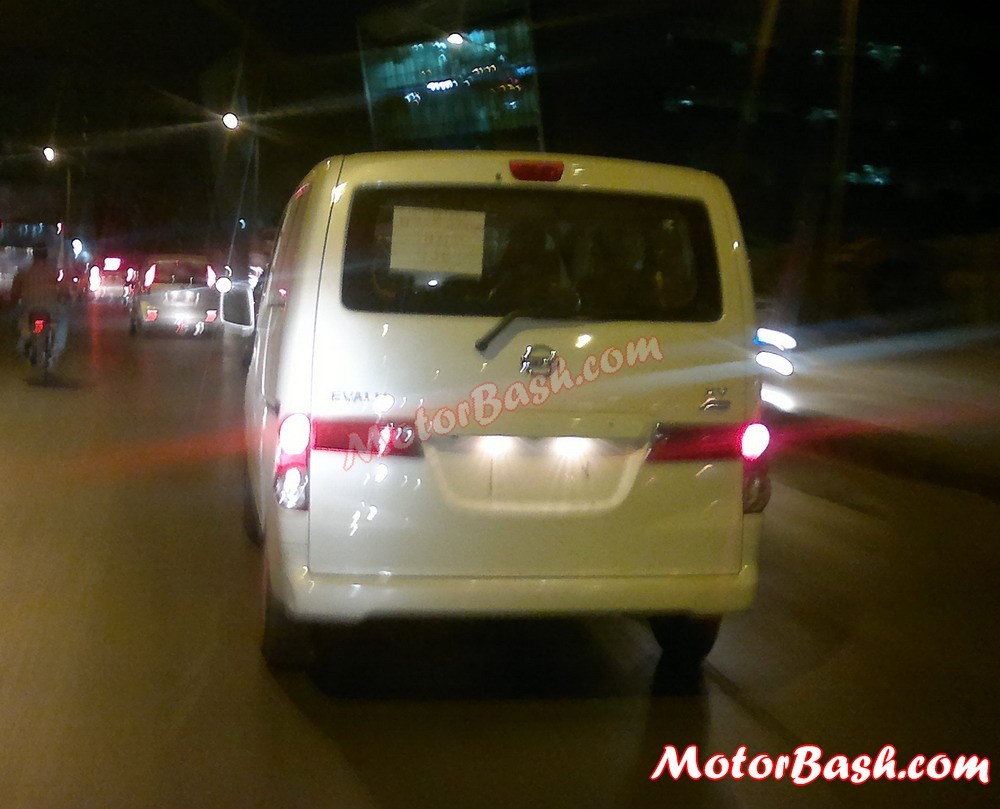 After a day of hard work, I was returning from my office day before yesterday and that is when I spotted this sparkling Nissan Evalia in white without number plates.

At first, nothing seemed amiss apart from the number plates but it was when I read the paper sticker at the back where it was hand written “On Test ARAI (Govt of India)” followed by a temporary TN registration number, when I started hunting around for anything new and the rear wiper was a dead give-away.

Nissan launched the Evalia without rear wiper and rear defogger apart from steering mounted controls. It was said that they will introduce these features later and later is about to come as we reveal through this exclusive spyshot. Its clear that all the new features have been approved by Nissan and are currently under test at ARAI in Pune. This was the top of the line XV DCI (diesel) variant.

In strict words, Evalia has been a damp squib for the company so far without any significant sales numbers to talk about. In this new revised introduction, we expect Nissan to offer Evalia with

If there are any other changes, we are unsure. Let us wait for an official word from the company which we expect might come very soon.

Automotive Research Association of India (ARAI) is the governing body which frames rules and regulations and takes care of all the automotive related scenario in India. Manufacturers have to take ARAI approval to launch any particular vehicle in India and the vehicle has to undergo testing through ARAI’s hands before it can ply on Indian roads. Even basic part changes have to be approved by ARAI.