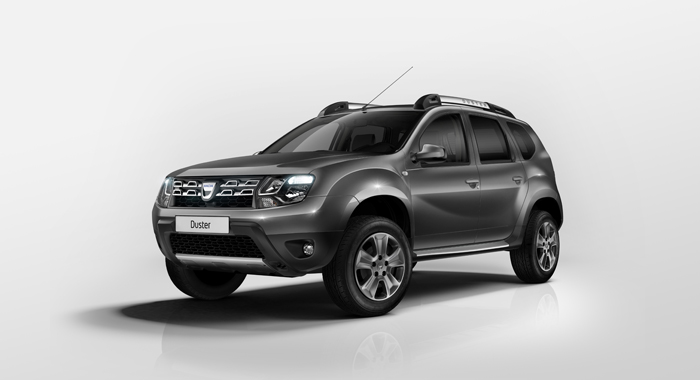 Renault’s best bet in the Indian market Duster, has received its first facelift, according to these official photos of the Dacia-branded Duster. The newer version builds on the brawn of the existing one, and has a more rugged appeal.

Majority of the changes are centered around the front portion of the car. Emphasis has been paid to make the front more futuristic at the same time maintaining the rugged theme of the mini SUV. Hence, there is the restyled engine grille with two new plate-strips, or so are they called. It is more intimidating than the earlier one.

The headlights have undergone complete transformation, now possessing a 3-part design in place of the earlier one-rectangular-box design. One of the 3 parts houses the Daytime Running Lights.

Other beefy cues of the crossover have been given an uplift. The wheel arches are now more prominent, and there are Duster-branded Roof Rails with slatted supports. New 16-inch alloy wheels are used, and they are shod with “Mud and Snow” tires at the rear.

The rear portion of the Duster, however, has subtle changes. The tail-lamps are redesigned, and a new “4WD” lettering is incorporated at the back. Other than that, we just have a chrome tail pipe. 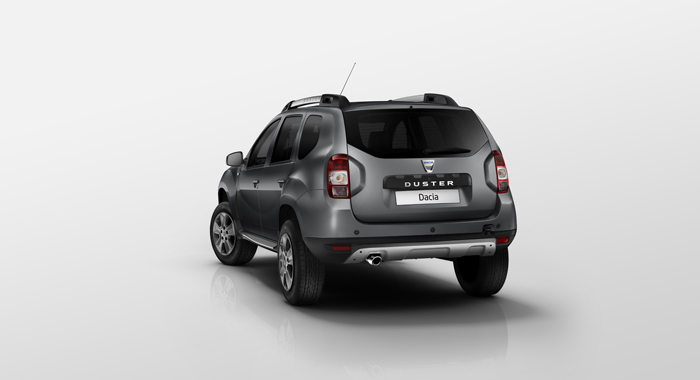 It is also being said that there will be major changes in the interiors too which we are more interested in. There have been spyshots of Duster mule running with refreshed interiors (Check them here).A new instrument console with a touchscreen based interface as well as better upholstery is expected. Whispers are abound of Cruise Control getting incorporated in the new Duster.

Renault’s designers feel they have done a nice job of modernizing the looks of an already rugged Crossover. They have also done well to keep a connect to the earlier model with the help of similar proportions. This refreshed Duster will be showcased at the upcoming Frankfurt Motor Show. Considering the growing competition against Duster, we feel Renault will bring this to India for sure, possibly sometime next year.

Is this a worry for the Ford EcoSport and more importantly Terrano??

Also Check Out: Duster D-CROSS Concept is the Best Looking Duster You Can See